In Penang, streetdancer who is also a designer and barber now sells curry mee just to survive

Streetdancer Low Sawming speaks during an interview with Malay Mail in Bagan Jermal July 9, 2021. — Pictures by Sayuti Zainudin
Follow us on Instagram, subscribe to our Telegram channel and browser alerts for the latest news you need to know.
By OPALYN MOK

SEBERANG PERAI, July 17 — A dancer since he was 13, Low Sawming is not only a dance instructor and streetdance competitor, but also a graphic designer, videographer and barber.

Even with all these talents, however, Low has found himself hawking curry noodles to try and survive the Covid-19 pandemic and repeated movement control orders (MCO) that have disrupted both his dance studio and hair salon businesses.

To make ends meet, Low and his girlfriend, Ng Sowee, started roadside stalls outside the home of the latter’s grandmother about four months ago, selling breakfast sets and curry mee.

According to Low, his late grandfather was a curry mee hawker but died years ago.

Fortunately, his father kept the curry mee recipe and taught this to Low, who then adapted it into his own signature curry mee. 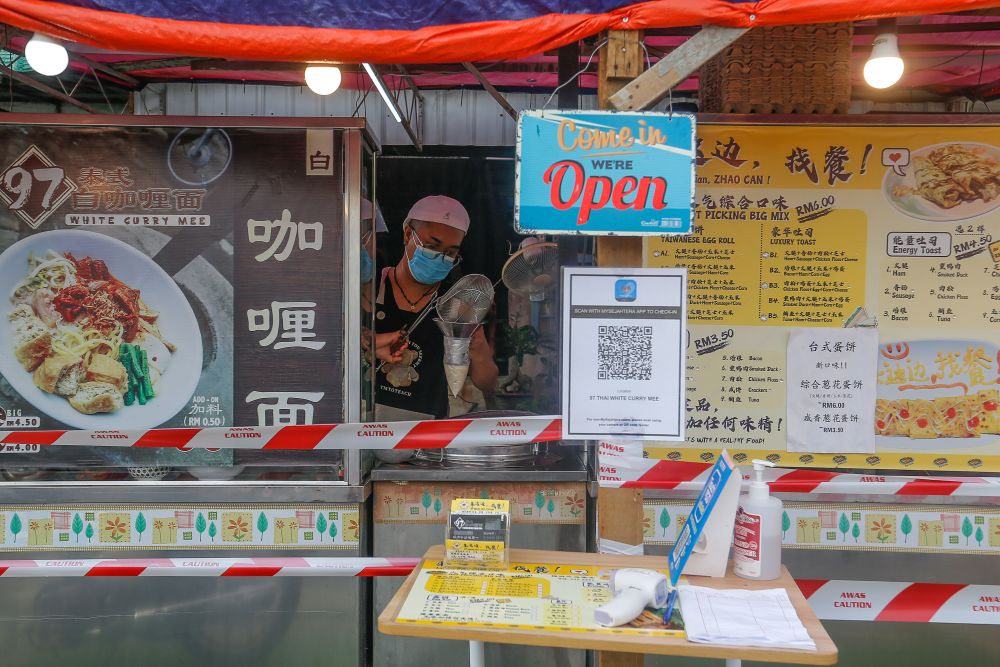 “We've been getting quite brisk business at the stall but business had dropped last week as there were [Covid-19] cases in the area so there were fewer customers,” he said.

As his stall, 97 white curry mee, was along Jalan Murni 1 in Butterworth, it was convenient for his customers to essentially treat it as a drive-through, ordering and collecting without needing to exit or park their cars.

While the stall has helped, Low said it was a major departure from his usual profession.

When it was still allowed, Low taught breakdancing or b-boy dance at his studio, Uptown Soul Art Station, in Butterworth, about 10km from his stall; a section of his studio was converted into a hair salon, which he said is still accepting appointments for haircuts. Streetdancer Low Sawming busts a move at his dance studio in Bagan Jermal during an interview with Malay Mail July 9, 2021.

Even then, he was already teaching breakdancing at night and taking videos of international dance competitions to promote the art in Malaysia.

He said that since street dancing was often linked to drugs and gangsterism, he wanted to dispel that misconception with his videos.

Low has joined various dance competitions in China and Singapore, and polished his skills by joining dance workshops taught by international dancers.

He was also an Astro WahLaiToi Batteground contestant in 2013 and the Penang state Hiphop winner in [email protected] Malaysia.

“I came back to Penang about nine years ago because my family was having financial difficulties and I started helping my mother at her hair salon, which was where I learned to be a hairstylist,” he said.

It was not long before he started his own dance studio, with a section dedicated as a  “barber space” and doing freelance graphic designing on the side. 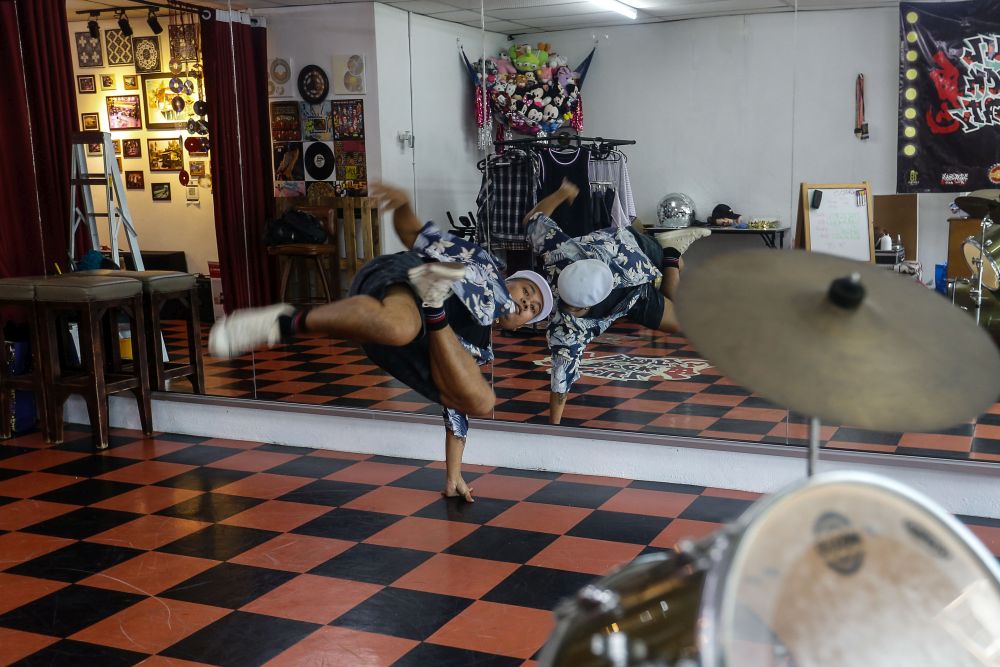 Low has joined various dance competitions in China and Singapore, and polished his skills by joining dance workshops taught by international dancers.

In early 2020 and just before the pandemic, Low organised a Soul Rock Party international dance competition in which eight Malaysian dancers were selected to go up against eight from China.

“We had just completed the audition for the competition when the first MCO was implemented and it had to be cancelled,” he said.

As his studio may not operate yet, Low said he was focusing on selling curry mee for income to supplement what he could make from the hair salon.

“I am accepting customers through appointments only for now as I am the only hair stylist at my studio/salon,” he said.

His curry mee stall is located in front of 97, Jalan Murni 1, Butterworth while the Uptown Soul Art Station (and hair salon) is located at 7085, Level 2, Jalan Kampung Gajah, Butterworth.

The curry mee stall is open from 8am to 8pm daily except for Mondays and the hair salon is open by appointment.

To book an appointment, go to their Facebook page: Uptown Soul Art Station. 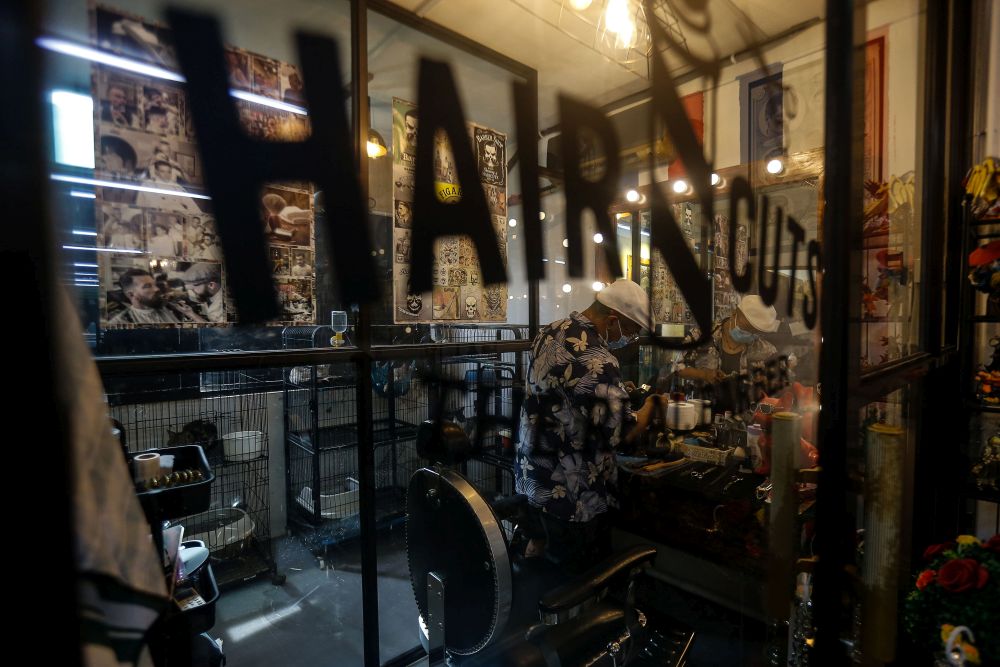 Streetdancer Low Sawming cleans his tools at his hair studio in Bagan Jemal during an interview with Malay Mail July 9, 2021.