Members of the public queue for Covid-19 swab test at Dewan MBSA Paya Jaras Tengah, Sungai Buloh May 26, 2021. — Picture by Ahmad Zamzahuri
Follow us on Instagram, subscribe to our Telegram channel and browser alerts for the latest news you need to know.
By SYED JAYMAL ZAHIID

KUALA LUMPUR, May 26 — The Ministry of Health reported 7,478 new Covid-19 cases in the last 24 hours to reach yet another record high amid concerns over the emergence of new clusters linked to Hari Raya Aidilfitri celebrations.

Selangor, which has ramped up testing, continues to account for the highest number of cases at 2,455 as of noon today, Health director-general Tan Sri Dr Noor Hisham Abdullah said on Twitter this evening.

The Federal Territories of Kuala Lumpur came in second with 760 cases, followed by Sarawak at 640.

The country breached the psychological threshold of half a million cases just last week. The total cumulative cases now stand at 533,367.

Earlier this afternoon, Dr Noor Hisham revealed a dozen new clusters linked to the Hari Raya celebrations just two weeks ago and warned that possibly more could emerge in the coming days.

The Aidilfitri clusters were found in seven states involving 470 cases, he posted on Twitter.

The emergence of these clusters came even as public health authorities had enforced a nationwide movement control order banning Muslims from visiting relatives on the first day of Aidilfitri.

The National Security Council had banned social and family visits for Hari Raya as the entire nation was placed under a third movement control order to stem a fresh wave of Covid-19 infections, which have breached the 7,000 mark yesterday.

The emergence of the Hari Raya clusters would likely come as no surprise to members of the public who have repeatedly alleged weak enforcement of anti-Covid standard operating procedures, pointing to how easy it was for people to cross state borders days before Aidilfitri.

The travel and social visit ban will remain in place until June 7 at least. Muslims in Malaysia typically celebrate Hari Raya for the entire month that follows Ramadan.

Up to 2,400 people linked to the Hari Raya sub-clusters have been screened to date with one death reported, the health D-G said. The deceased is from Selangor, which has so far reported just one Aidilfitri cluster.

Selangor, Pahang, Penang, and Sarawak all reported one Hari Raya cluster each. All the clusters were reported between May 19 and May 25. 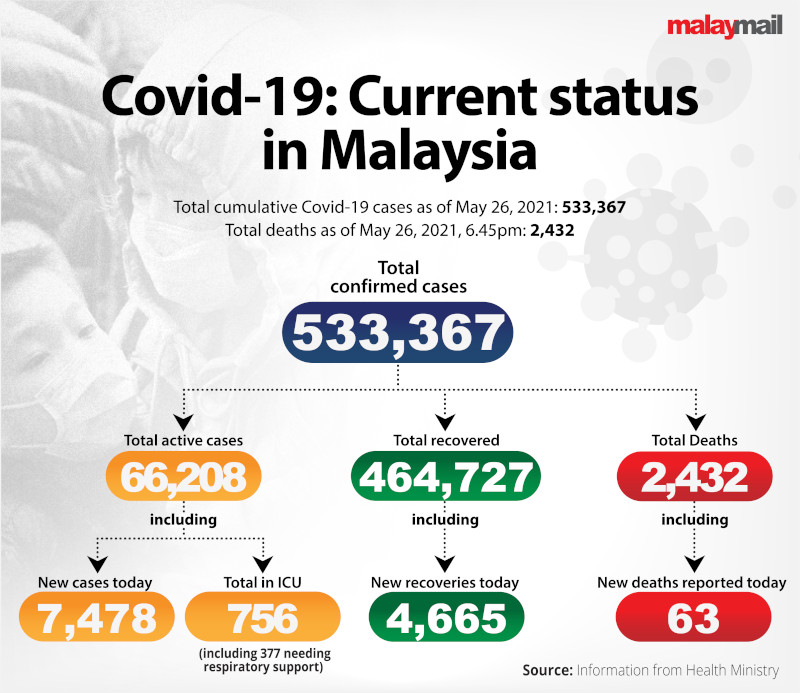