GE15: Senior party posts and past wins do not guarantee another term, say pundits and sources

Most Malaysians are expecting the general elections to take place after the Emergency is lifted in August, but with new Covid-19 case numbers increasing daily, healthcare will likely take precedence over political agendas. — File picture by Shafwan Zaidon
Follow us on Instagram, subscribe to our Telegram channel and browser alerts for the latest news you need to know.
By EMMANUEL SANTA MARIA CHIN, DANIAL DZULKIFLY, JOHN BUNYAN AND BEN TAN

KUALA LUMPUR, May 19 — Recent political convulsions in the country have resulted in hastily cobbled-together alliances which seem like they can barely last till the next general election.

Well, depending on who you ask.

This has led to political pundits saying that even the most seasoned lawmaker may find it an uphill slog to get re-elected come polling day.

Malay Mail zeroes in on five of the 20 Parliamentary “hot seats” NGO Kuasa spotlighted to take a look at the chances of some long-term incumbents, senior party members and warlords. 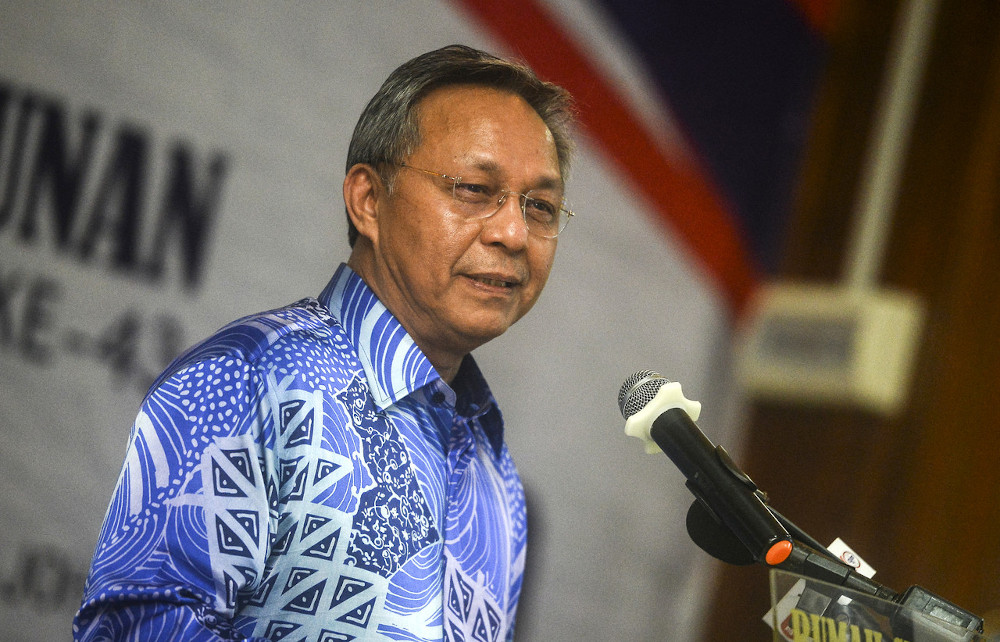 Sources within Umno have confirmed (for now) the party will indeed contest in Pagoh.

However, overall plans for what seats Umno ends up contesting are entirely up to Hasni.

“He (Hasni) has made it clear to Umno top leaders that Johor Umno will decide on how best to contest in Johor… be it parliament or state seats,” said one source.

Kuasa’s chief executive Praba Ganesan, however, expressed doubts about Hasni’s chances based on his not being a local boy

“Very unlikely. Hasni is from Pontian. A challenge by a local Umno leader with more grassroots support would be the practical way forward. Umno, unlike DAP or PKR, does not parachute in candidates as much,” Praba said.

Other observers also think it will be hard to defeat Muhyiddin — he has won the seat a total of eight times both for Umno and Bersatu — but not impossible.

Oh Ei Sun, a senior fellow at the Singapore Institute of International Affairs, said since Pagoh has a large chunk of Chinese voters “it would take somebody who could potentially sweep all the Chinese votes and at least one-third of the Malay votes to squeeze by to win over a sitting PM.”

“To accomplish this momentous feat… someone like Nur Jazlan, with prominent Johor roots but an acceptably progressive outlook, is perhaps more feasible.

“And Umno would, of course, have to reach some sort of electoral understanding with the Pakatan Harapan (PH) side so a three-corner fight is avoided,” he said.

Universiti Teknologi Malaysia (UTM) geostrategist Professor Azmi Hassan sees the Malay electorate being the trump card as to whether Muhyiddin retains his seat.

Azmi said Umno’s influence among the Malays in the constituency is undeniable, but warned a fair share of them are still sitting on the fence.

“I am sure 100 per cent of Umno voters or sympathisers will not vote for a PN candidate, but we cannot say that for other Malay voters,” Azmi added.

Political analyst Professor Kartini Aboo Talib Khalid said Muhyiddin would have to cut a deal with Umno to avoid contesting against them, suggesting this could come at the price of handing Umno two state assembly seats under Pagoh.

“If Umno contests there it may not win because Muhyiddin may get the Chinese votes,” she added.

A Pagoh voter named Mohamad, 36, told Malay Mail he felt most grassroots might look to re-elect Muhyiddin as he has done well for the constituency, regardless of his political affiliations.

“Pagoh is developed because of Muhyiddin... even though he was formerly from Umno and despite Umno’s strong influence here, he is still hailed as a leader here,” he said. 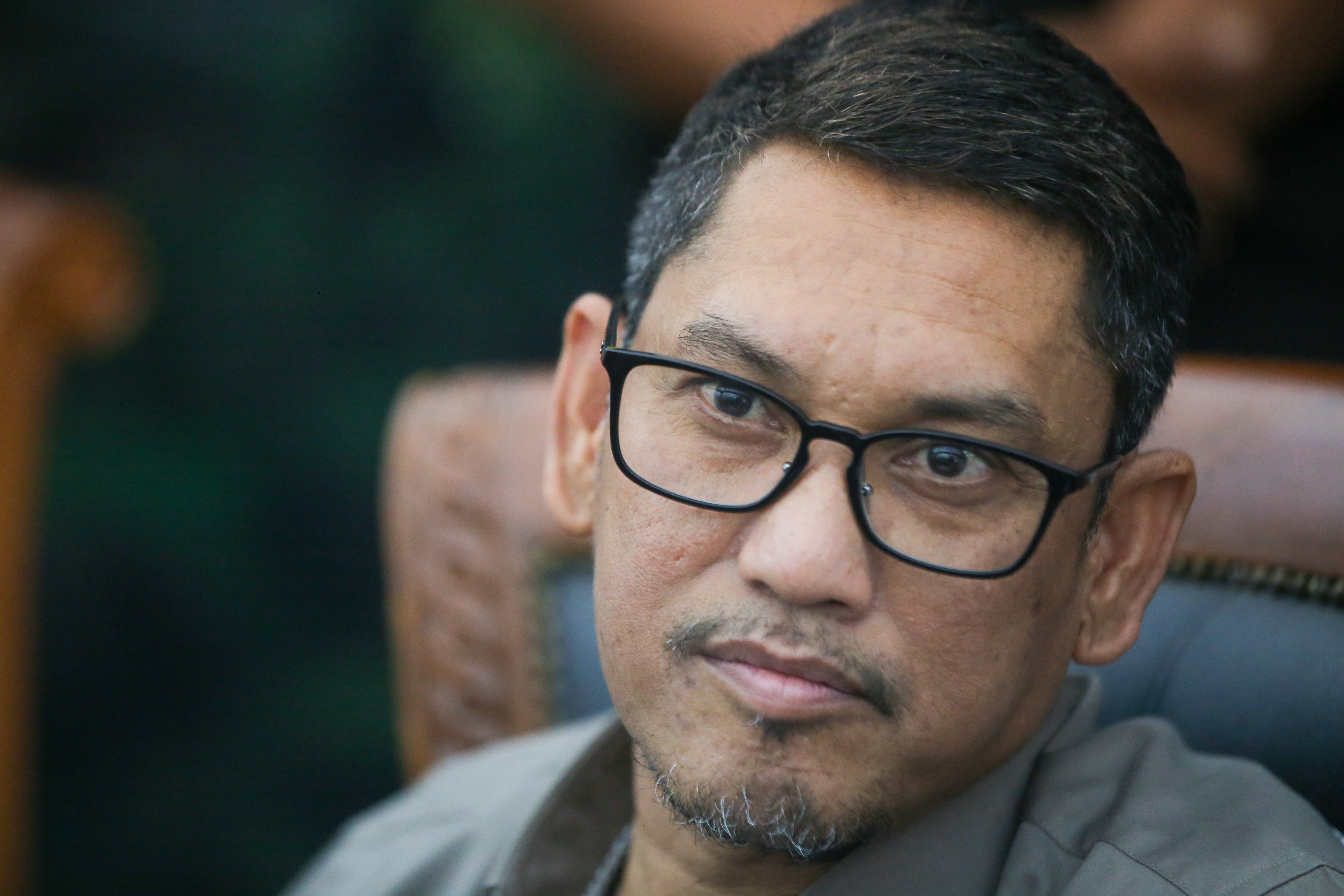 Observers and even the grassroots are convinced Bersatu’s deputy president Ahmad Faizal will have to conjure up something spectacular if he wants to defend his seat as the negative stigma surrounding his ouster as Perak MB remains. — Picture by Farhan Najib

Observers and even the grassroots here are convinced Bersatu’s deputy president Ahmad Faizal will have to conjure up something spectacular if he wants to defend his seat as the negative stigma surrounding his ouster as Perak MB remains.

Zaim, 30, who is a voter here said Ahmad is an unfamiliar face among the locals, barring the occasional handing over of supplies, most of which he said was handled by the former MB’s officers.

“There is nothing wrong with handing out food aid, but the people here are looking for development and from this perspective, he is seen as ineffective,” he said.

Another voter, Frank Tan, 65, said Ahmad Faizal’s association with Bersatu and their eventual defection from PH has left scars that have yet to heal.

“Tambun voters didn’t vote for the candidate in GE14. They voted against Barisan Nasional... Ahmad Faizal rode that horse for free,” said Tan.

Kuasa’s Praba said many parties, especially PKR and Umno, have started eyeing the Tambun seat because of this disillusionment among the Tambun electorate.

Oh pointed out how the large chunk of Chinese and Indian voters here must be considered seriously in any strategising for the constituency.

“An Umno or PH candidate will be able to unseat Azumu with all the Chinese and Indian voters, and get perhaps one-third to maybe half of the Malay votes,” he said.

Oh did warn plans could be disrupted if Umno and PH fail to compromise and are forced into a three-cornered fight.

“Ahmad Faizal’s track record may be a disadvantage to him. I think Husni can win,” Kartini said.

Kuasa’s Praba said Hamzah Zainuddin might face opposition from both Umno and PH candidates in Larut because of unhappiness caused by his defection from both parties/coalition.

He said Umno considers Hamzah their “prized scalp”, someone the party desperately wants to unseat.

“He is seen as a key defector who was also instrumental in bringing several from Umno into Bersatu. Add to this, PH also wants to hit him.

“So he is about to be hit from both sides and there is little clarity about how PAS can bail him out,” said Praba.

He added that Larut Umno deputy division chief Muhammad Amin Zakaria might be a possible candidate against Hamzah.

UTM’s Azmi agrees with Praba, highlighting Umno’s prominence in the constituency and their perception of Hamzah as a traitor.

However, Oh and Kartini disagree, instead suggesting that Umno faces an uphill task to unseat Hamzah in Larut.

“This is perhaps a more challenging seat for Umno, as it would truly test whether the Umno brand can hold on to its traditional support base in the periphery of the Malay heartland.

“Or if Hamzah, a well-known local, previously an Umno member, would be able to draw a significant number of votes away and retain his seat,” Oh said, echoed by Kartini. 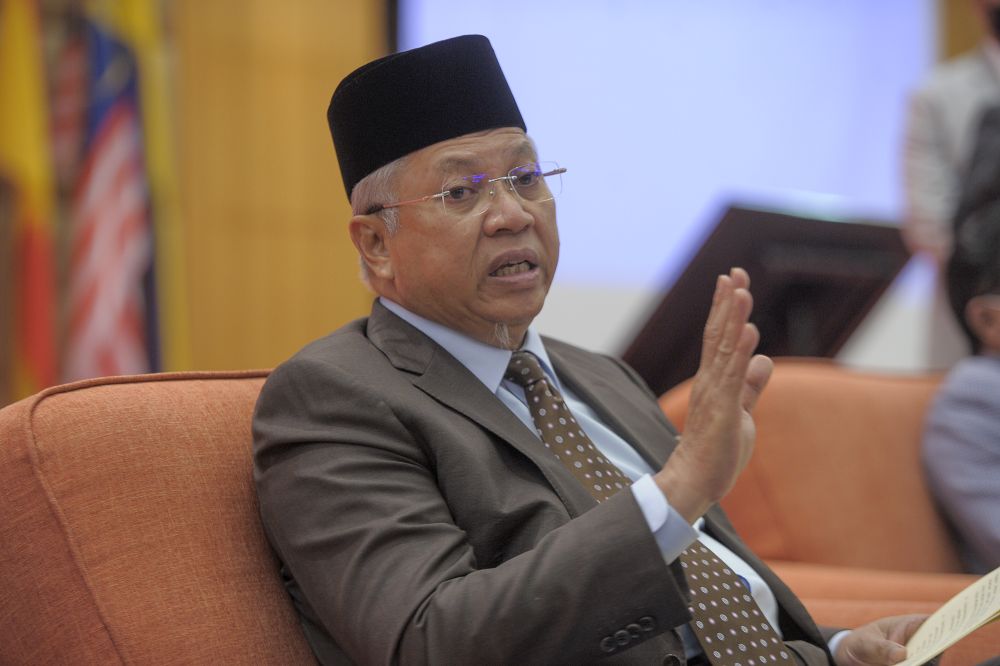 Despite Annuar Musa’s seemingly Perikatan Nasional (PN)-friendly approach which has irked several of his Umno colleagues, sources and pundits agree his position in Ketereh is relatively safe barring a drastic shift in political dynamics.

Party sources told Malay Mail despite Umno Kelantan unanimously rejecting the notion of co-operating with Bersatu come elections, Annuar as a senior Umno leader is fairly secure in the constituency.

“It is also very unlikely for Bersatu to contest the seat as Annuar is seen to be friendly towards PN, but at the moment only the party’s top leaders know whether they intend to let Annuar contest the seat or otherwise,” said an Umno source.

Pundits also agree that internal struggles might take place in Umno concerning Ketereh with them having to decide between re-fielding Annuar or nominating a fresh face to portray their anti-Bersatu stance.

Azmi thinks Umno voters will likely punish Annuar if he stands as incumbent as some see him as too PN-friendly, and for being vocal towards Umno’s leadership.

“Annuar's fate would be tied to how Bersatu-Umno relations are closer to the election. It changes if the Zahid dissenters can force a party election before the general election,” said Praba, referring to Umno president Datuk Seri Ahmad Zahid Hamidi.

“If Umno can win the seat with another candidate, they might drop him (Annuar) to follow the flow that Umno is anti-PN,” Praba added.

Some analysts also believe Annuar, if ousted by Umno for being too PN-friendly, could run as an independent and still garner enough votes, but this is subject to where PAS throws their support.

“With a PAS candidate also contesting, it would be difficult for him to win, but with PAS helping him then, yes, he could put up a fight against Umno,” said Oh when asked about Annuar’s chances as an independent.

He also pointed out PAS’ importance as part of the trifecta of Malay parties, especially in a Malay-majority electorate.

“If PAS remains with Umno and does not send its own candidate, then Umno is likely to hold on to the seat but if PAS mounts a candidate to make it a three-cornered fight, then the main contest is between Umno and PAS,” he said. 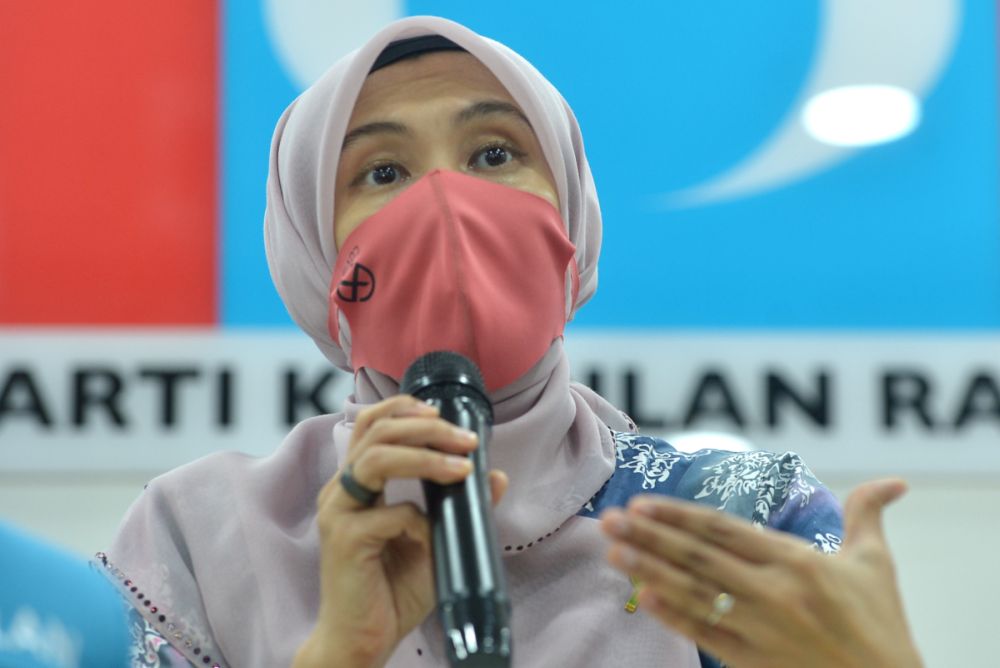 Permatang Pauh, Penang (Electorate Malays 72 per cent, Chinese 21 per cent, Indians 6 per cent, Others 0.5 per cent)

Even if the seat is considered by many as a family legacy of Datuk Seri Anwar Ibrahim’s, pundits believe the next general elections might see a closer fight regardless of who is fielded.

Nurul Izzah recently said PKR’s top leadership will decide if she defends the seat, but sources are also claiming the former PKR vice-president is looking to be placed at a seat closer to the Klang Valley.

“A younger, newer candidate might be put there (Permatang Pauh), but nothing is certain at this point and it's too early to say, but, there have been indications that Nurul Izzah wants a seat closer to the capital,” a PKR source revealed.

Azmi and Oh agreed with the source that a new candidate might be fielded there, just by virtue of it being a PKR stronghold with Oh even calling it “a safe seat” for PKR to introduce new faces.

“No matter who PKR puts as their candidate, I am sure it will be plain sailing for them,” Azmi said.

Azmi said it would be interesting to see where Nurul Izzah ends up and if she is placed in a seat new to PKR.

“A constituency where PKR is not the incumbent but has a fighting chance of winning since Nurul Izzah is very popular not only among PKR supporters but also outside PKR; I think that is going to be very interesting to see,” he said.

Praba agrees the seat which has remained in Anwar’s family for almost four decades might remain within the legacy.

But he warned how the majority has diminished over the past few elections, with close calls for Nurul Izzah and Datuk Seri Dr Wan Azizah Wan Ismail.

“Now with many disoriented with Pakatan, the outcome is uncertain. Though they'd keep it in the family I suppose.

“Remember, no member of the family has ever lost an election. They'd keep the family-run going,” Praba said, a view echoed by Kartini.

Most Malaysians are expecting the general elections to take place after the Emergency is lifted in August, but with new Covid-19 case numbers increasing daily, healthcare will likely take precedence over political agendas.

The current Parliament session expires in 2023, and an election does not need to be called until then.

You can read our previous story on election “hot seats” here.