So, what are the chances Azmin, Zuraida and Saifuddin will get re-elected in GE15?

Datuk Seri Azmin Ali and Zuraida Kamaruddin arrive during the National Congress: Unite For Malaysia event at Malaysia International Trade & Exhibition Centre in Kuala Lumpur, August 22, 2020. — Picture by Shafwan Zaidon
Follow us on Instagram, subscribe to our Telegram channel and browser alerts for the latest news you need to know.
By EMMANUEL SANTA MARIA CHIN AND RADZI RAZAK

KUALA LUMPUR, April 19 — With loud chatter about the general election being just around the corner, the three ex-PKR lawmakers who defected to help form the Perikatan Nasional (PN) government might face a gargantuan task trying to win over the electorate this time around, said pundits.

Regardless of whether they decide to contest as incumbents or become parachute candidates elsewhere, Datuk Seri Mohamed Azmin Ali, Datuk Zuraida Kamaruddin and Datuk Saifuddin Abdullah are not going to have an easy time of it.

Voters in these constituencies have already expressed distaste towards their MPs, with many not able to get over the stigma of the trio’s involvement in the ‘Sheraton Move’ that led to the collapse of Pakatan Harapan (PH).

Political observers who spoke to Malay Mail said it might be foolish for Azmin, Zuraida, and Saifuddin to contest as incumbents in Gombak, Ampang, and Indera Mahkota respectively given their roles in the shift of power.

As it stands, PAS and Umno are officially political allies thanks to the Muafakat Nasional charter. However, the Islamist party is also in bed with Bersatu as a component of PN.

Umno has officially stated it would not be co-operating with Bersatu in the upcoming general election despite rendering Parliamentary support, while PAS has yet to draw the line in the sand on where they stand in the trifecta of Malay parties.

Given the baggage of the three MPs who are now part of Bersatu, Universiti Teknologi Malaysia (UTM) Geostrategist Prof Azmi Hassan Azmin said Zuraida and Saifuddin’s best bet would be to pick seats that allow them to leverage on support from PAS.

This is provided the Islamist party remains a Bersatu ally come election time.

“If PN wants to retain these MPs, it is not a wise idea to let them contest in their present constituencies.

“The easiest way is to select a constituency where PAS has a strong presence, but the problem is if PAS is strong there, it will also want to contest those seats,” he said.

Azmi added that it is difficult to determine where Bersatu actually has strong support. “They need to also consider constituencies where Umno has the least influence... so it is a dilemma for these particular three candidates,” he told Malay Mail.

He added that they are better off contesting rural seats instead of urban ones, highlighting past voting trends where these non-urban electorates seem to have historically favoured party politics over personalities.

“It doesn't matter whether it is an urban or rural seat but if this criterion is taken into account, most probably they would stand a better chance in a rural area.

“This is because voters in rural areas usually, but not always, vote for a party and not for the candidate itself,” he said.

Oh Ei Sun, a senior fellow at the Singapore Institute of International Affairs, agreed that rural seats might be better, but warned that chances of the trio winning a seat under the Bersatu ticket remains dependent on who PAS decides to support.

“Bersatu is likely to come up against Umno and their chances will be somewhat dampened even if they are rural seats unless PAS mobilises on Bersatu’s behalf against Umno,” he said.

Political analyst Prof Kartini Aboo Talib Khalid said both strategies — to defend the incumbent seat or contest a new one — come with their own set of risks, but conceded that the latter is the better option.

For her, the trio stand a better chance as parachute candidates while banking on their charisma to woo voters, pointing out how it has been done successfully before.

“The fact that Malaysian voters prefer someone local-born to represent them is a bit of a myth because Lim Kit Siang from DAP proved to be agile, Datuk Halimah Sadique moved from Tengkara to Kota Tinggi and still won the MP seat, while Nurul Izzah Anwar moved from Lembah Pantai to Permatang Pauh and won.

“The point is if they are good, convincing, and charismatic... regardless of which seat or state they contest, they can still win,” said Kartini.

Why is it a bad idea to run as incumbents 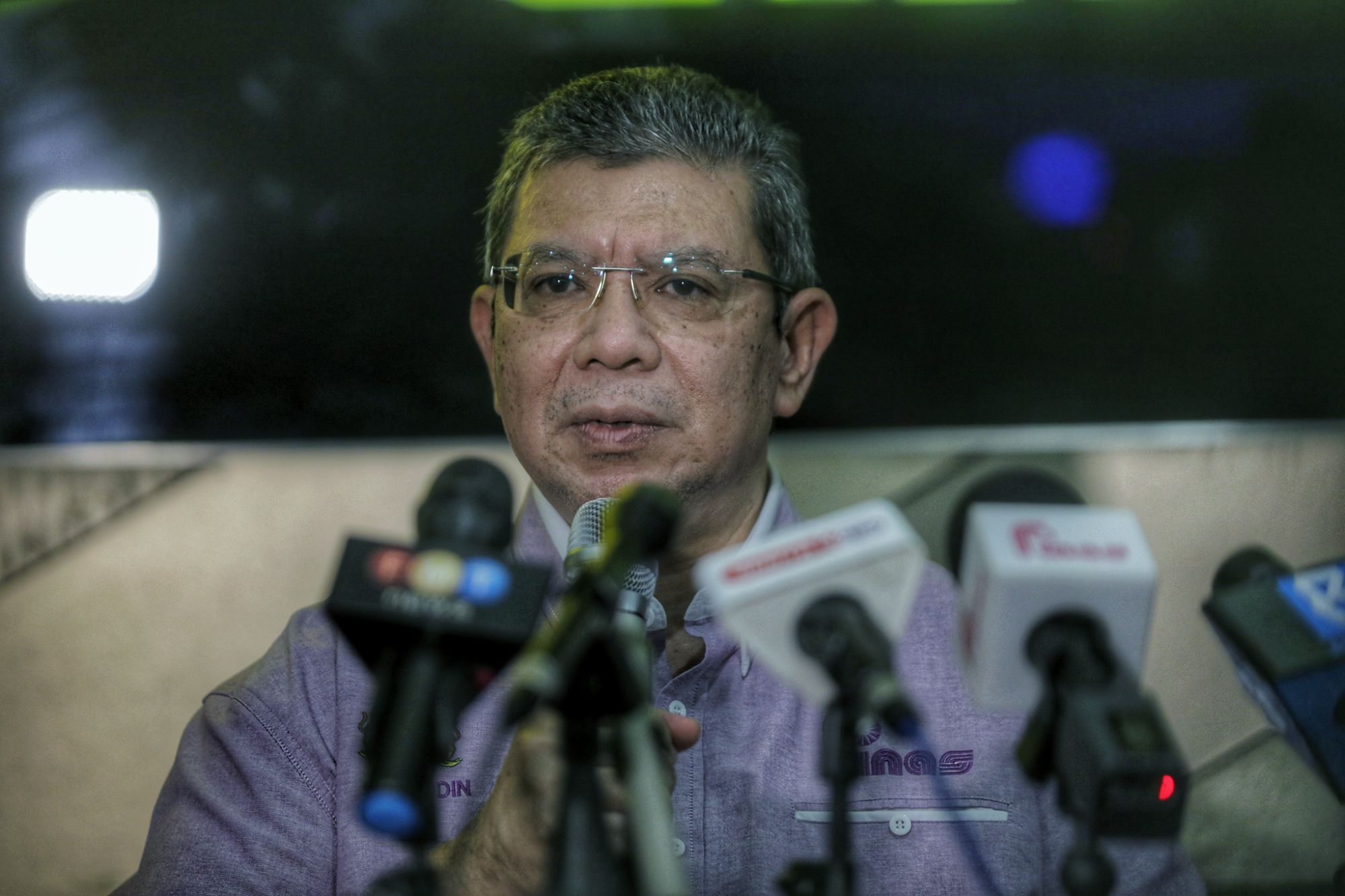 In the interest of testing hypothetical scenarios, the pundits were on the same page that an uphill task barely comes close to describing the challenge ahead for these ex-PKR lawmakers should they decide to run as incumbents.

For the academics, Azmin and Zuraida’s situation is compounded by them having to convince urban voters in Gombak and Ampang to pick them yet again, but this time sans the support of PH, with the ‘Sheraton Move’ still fresh on voters’ minds.

“Now that they are no longer with PH, I think it is indeed very difficult for them to retain these Klang Valley urban seats where the electorate is overwhelmingly pro-PH; it would be very difficult,” said Oh.

Some PKR sources say there is a strong possibility that Selangor Mentri Besar Datuk Seri Amirudin Shari may be fielded in Gombak to take on his former mentor Azmin.

“PKR has been working hard to defend the seats of all the traitors who left the party and joined PN, with candidates who have been groomed and identified by the party’s highest leadership.

“However, the candidates will only be announced by the president in the future,” said a senior PKR leader.

“Yes, Datuk Hans has been working there (Ampang) since last year. He has been working with PKR to assure Ampang voters that if they choose PKR they will not be ignored by the PN government,” said a source.

Demographically, UTM’s Azmi sees the non-Malay votes in all three constituencies as the deciding factor if the three are looking to be re-elected.

He said these non-Malay voters have historically favoured Opposition candidates, as evidenced by Azmin, Zuraida, and Saifuddin’s past victories under the PH or PKR ticket.

“For all these three incumbents, if they were to contest using the PN symbol, it's going to be an uphill battle since the non-Malay votes will not opt for PN at this moment, and the Malay votes for all the three constituencies are split between PAS and Umno,” he said.

Azmi also concurred that the ‘Sheraton Move’ will come back to haunt the trio, adding that their personalities alone might not be sufficient enough to win over voters.

“It’s going to be very difficult because the three won their seats based on party backing, not because of their individual aura,” Azmi said.

Kartini said the trio might still stand a chance given how the political scene here remains unpredictable.

She said the work Azmin and Zuraida have done in their respective constituencies might be able to garner enough support to retain their seats, but also warned against underestimating competition from Amirudin and Hans.

As for Saifuddin, Kartini said rumours of Umno’s Fauzi Abdul Rahman contesting in Indera Mahkota might work to the ex-PKR man’s advantage... simply by being the younger candidate.

“For Saifuddin against Fauzi, both are well known among the voters in Pahang but Fauzi is in his golden years compared to Saifuddin who is 10 years younger than him, and voters may appreciate having an energetic leader like Saifuddin,” she said.

What do voters think?

Gombak constituent and community leader Neo Redzuan, 35, said sentiment on the ground did not favour the trio, agreeing with pundits that defending their seats might not be worthwhile.

The filmmaker said many have lost faith in Azmin’s cries of reform and integrity following his defection from PKR.

He said he conducted a survey and the results showed that “many used to see Azmin as the next progressive leader who will drive the country forward,” but that sentiment has been reversed.

“My circle in Gombak is wide because I used to be an activist and was seen as the go-to person in my neighbourhood.

“I did a survey after the ‘Sheraton Move’ which produced the same result (of anti-Azmin sentiments).”

An Ampang voter who only wished to be identified as V said that after Zuraida defected to PN, distrust towards her started to grow among the constituents.

“A total mistrust of them. All out for personal gains. Most of them have to toe party lines, then come to us for votes to get in power.

“Once that's done, they do as they please,” he said.

As for the looming elections, the 39-year-old businessman said he might just give his vote to an independent candidate if any decides to compete.

“But once this independent is in power... how long before he or she changes? Because everyone has a price and can be bought. If that doesn’t work out, the candidate will be silenced and put in cold storage away from the limelight,” he said.

Most people are expecting the general election to take place after the Emergency is lifted in August, but with new Covid-19 case numbers still in the four digits, healthcare will likely take precedence over political agendas.

The current Parliament session expires in 2023, and an election does not need to be called until then.