Covid-19 infections in Labuan back to double digits due to ignorance, says Health Dept director

LABUAN, Dec 21 — Covid-19 infections in Labuan have returned to double digits after 27 cases were recorded in the last 24 hours, chiefly due to ignorance in adapting to the new normal and standard operating procedure (SOP).

In stating this, Labuan Health Department director, Dr Ismuni Bohari reminded the islanders that the Covid-19 pandemic is not over yet and until no effective vaccine or treatment has been found, everyone remains at risk.

“If people continue with the lackadaisical attitude in their lifestyle, having no care for the new normal, Labuan is enroute to the stricter movement restriction again,” he told Bernama today.

Labuan recorded 27 new cases on December 20, pushing the total number of cases to 1,549, with over 50 active cases.

“We all need to work together to protect ourselves and others, and we are optimistic that Labuan can be a green zone again if everybody takes care of themselves in the new normal and follow the SOP. Then we will again record zero number of cases in the next few days,” he said.

Dr Ismuni said a new cluster involving an eatery has emerged and this would be announced by the Health director-general soon.

He also expressed fear over the possibility of a significant surge in cases after the Christmas and holiday season due to the residents returning to Sabah to celebrate the occasion in the mainland.

Labuan, Malaysia’s international business and financial centre, has been linked to the active clusters of Hujung Pasir, Saguking, Titian and Sky Coklat.

Meanwhile, the Health Ministry has listed Labuan as among three areas being in control of the Covid-19 spread, after Sarawak and Kedah. — Bernama 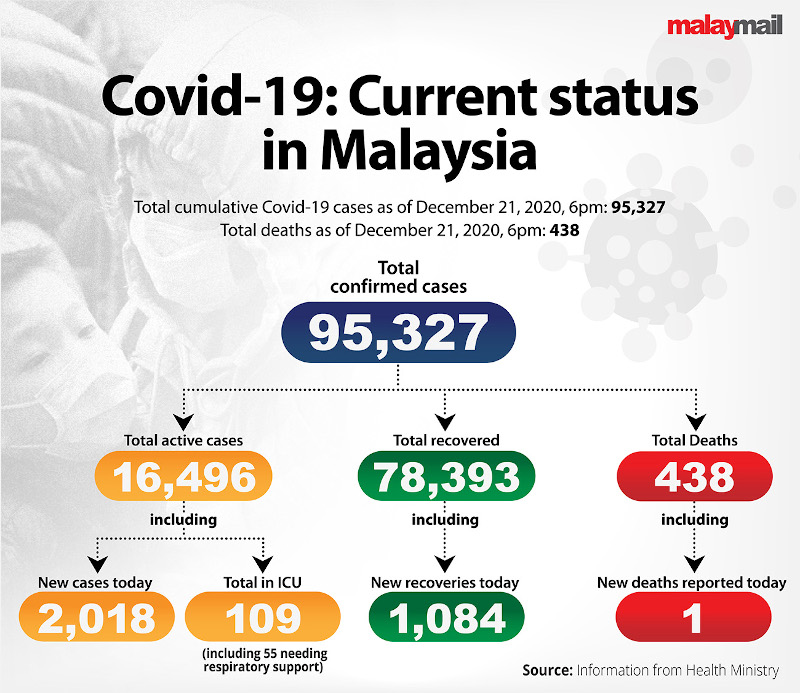