People jog at Taman Rimba Kiara in Kuala Lumpur during the CMCO period October 19, 2020. — Pictures by Ahmad Zamzahuri
Follow us on Instagram, subscribe to our Telegram channel and browser alerts for the latest news you need to know.
By SYED JAYMAL ZAHIID

KUALA LUMPUR, Oct 19 — Parks here in the capital city and Putrajaya were open to the public again starting today.

Local authorities previously ordered all parks in the Federal Territories to be shut because of the ongoing two-week conditional movement control order (CMCO). 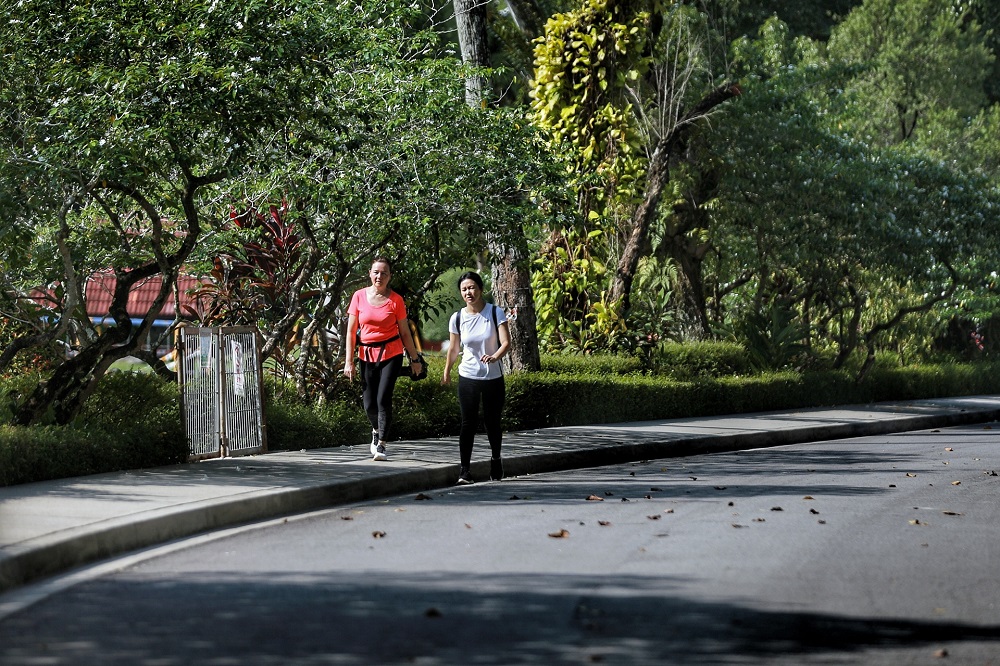 Malay Mail inspected three of the city’s most popular public parks this morning.

Annuar announced the decision to reopen the public parks on Twitter.

He had noted that certain outdoor sports are allowed under the CMCO but are not allowed at public parks.

But that changed after the Federal Territories state security committee (JKKN WP) discussed the matter of public parks’ operations with the National Security Council (MKN) and Health Ministry. 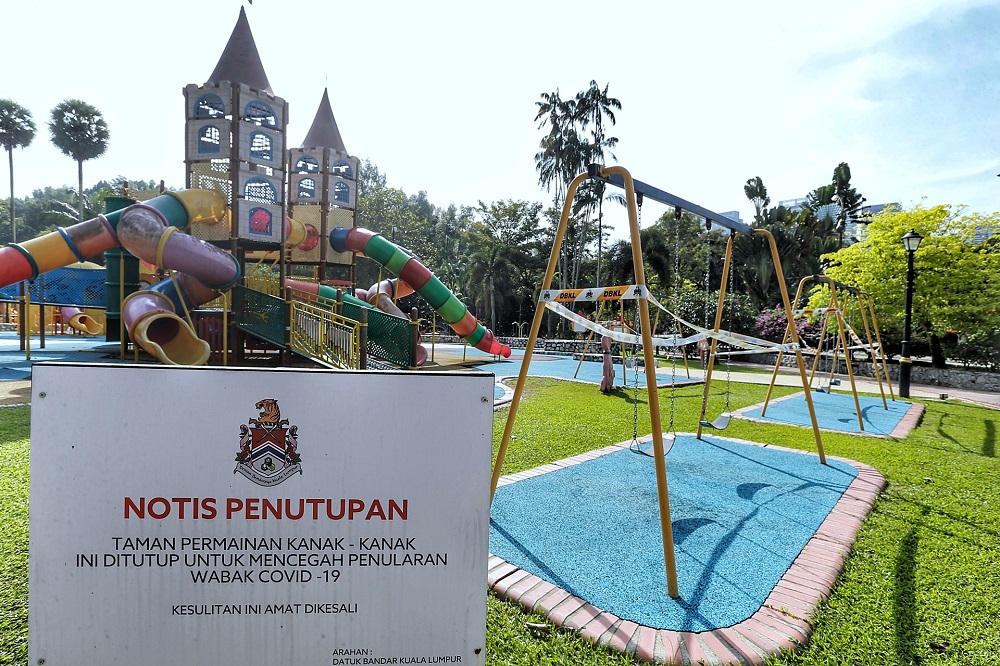 A closure notice is seen at the playground area of Taman Botani Perdana in Kuala Lumpur October 19, 2020.

The council also agreed to allow gymnasiums and golf courses to reopen.

The government reimposed a partial lockdown on the Klang Valley — which includes the Federal Territories of Kuala Lumpur and Putrajaya — as the country saw record spikes in Covid-19 cases in the last two weeks.

The current CMCO is slated to run from October 14 to October 27.