On the first day of the second round of the conditional movement control order (CMCO) in the Klang Valley, Health Director-General Tan Sri Dr Noor Hisham Abdullah said of the new cases, Selangor recorded 68 new cases, while the Federal Territories had seven and Putrajaya had one.

Sabah leads with 429 new cases, most of which were detected during close contact screenings.

Of the total, 654 cases were local transmission, while four cases were imported, bringing the total number of cases recorded in the country to 17,540.

Of the 654 local transmissions, 608 were Malaysians and 46 were foreigners.

Meanwhile, Dr Noor Hisham also said that 233 recoveries were recorded, bringing the total number of those discharged to 11,605.

The number of active cases in the country stands at 5,768, with 108 patients currently receiving intensive care and 35 of them requiring respiratory assistance.

Of today’s deaths, three were Malaysians between the ages of 73 and 80 who died at the Lahad Datu Hospital, the Queen Elizabeth Hospital in Kota Kinabalu and the Duchess of Kent Hospital in Sandakan respectively.

A 47-year-old foreign national also died at Duchess of Kent Hospital. All four of the deceased had existing medical conditions.

Dr Noor Hisham also assured the public that hospitals in Sabah do not face any lack of beds for Covid-19 patients, as those under category one and two will be treated in low-risk quarantine centres while category three to five patients will be admitted to hospitals.

He said 23 per cent of the 4,161 beds at low-risk centres have been taken up, while 70 per cent of ventilators are available for patients in need.

Additionally, 75 per cent of beds allocated for Covid-19 patients at the Queen Elizabeth, Lahad Datu, Duchess of Kent, Keningau, Kota Marudu, Kudat and Semporna hospitals have been used. 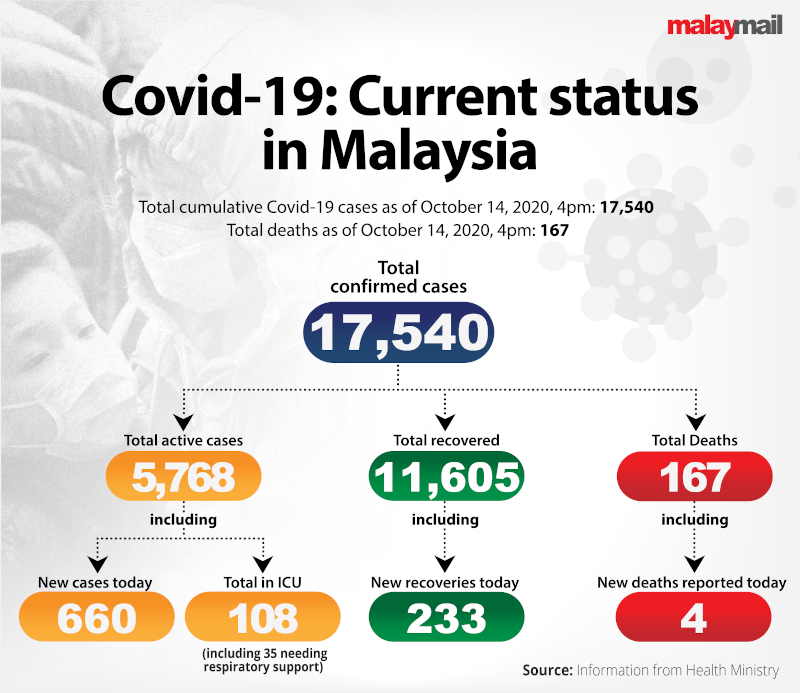