Both the students, who are siblings, were suspected to have been infected by their elder brother who had a history of visiting Sabah recently. — Reuters pic
Follow us on Instagram, subscribe to our Telegram channel and browser alerts for the latest news you need to know.

SHAH ALAM, Sept 28 — The Selangor Health Department has revealed that two students at a secondary school in Pandamaran Jaya, Port Klang were found to be down with Covid-19.

Its director, Datuk Dr Sha’ari Ngadiman, when contacted, said, nevertheless, both the students had been sent to the Sungai Buloh Hospital for treatment.

Both the students, who were siblings, were suspected to have been infected by their elder brother who had a history of visiting Sabah recently.

Meanwhile, Selangor Education Department director (JPNS) Izmi Ismail said the school was conducting its schooling session as normal today but the classes of the two students had been thoroughly sanitised before being used.

Any further action such as closure of the school, if necessary, would be based on the directive of the Klang District Health Office.

Meanwhile, in Johor Baru, CIMB Group Holdings Bhd today confirmed a Covid-19 case here involving one of its employees in the commercial section in its Permas Jaya branch.

The group said, as a precautionary measure, the whole branch had undergone thorough sanitisation and deep cleaning yesterday.

“This was due to a confirmed Covid-19 case at CIMB’s Commercial Bank office, located on a different floor of the bank’s branch in Permas Jaya. None of the bank’s branch employees have been in contact with the commercial bank’s employee,” it said in a statement which was uploaded through CIMB Malaysia Facebook, here, today.

The bank also reassured the customers that the CIMB Bandar Baru Permas Jaya bank branch is open as usual.

Meanwhile, Johor Health director Dr Aman Rabu, when contacted, also confirmed that the sanitation conducted by CIMB was its own initiative and the subsequent control measures also involved the personnel of the bank.

He said this when asked to comment on several photographs which viraled on social media allegedly concerning a Covid-19 case at the branch of the bank and showing several individuals conducting a sanitation exercise. — Bernama 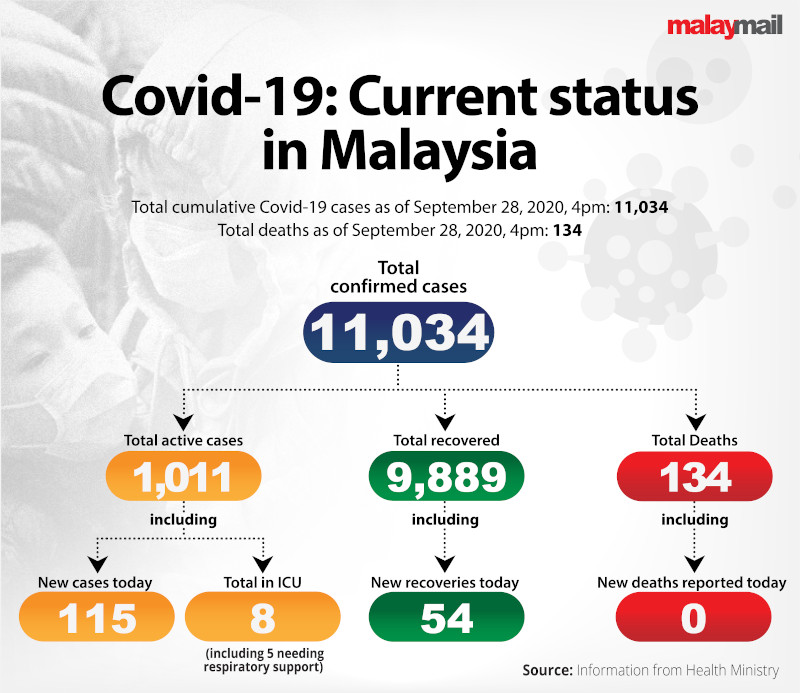