This marks the first time that daily cases have hit triple digits since September 8, when 100 new cases were reported.

In a statement, Dr Noor Hisham said that 143 cases were local transmissions while the balance of four were imported cases.

“The four imported cases were reported in Kuala Lumpur and involve three Malaysians and one foreigner,” he said.

With this, Dr Noor Hisham said the total number of Covid-19 positive cases in the country had increased to 10,505.

The number of active cases now stands at 770, he added.

“As of today, eight patients are being treated in the Intensive Care Unit, with two placed on ventilators,” he said.

The Health director-general added that 39 patients had recovered and were discharged from the hospital today. 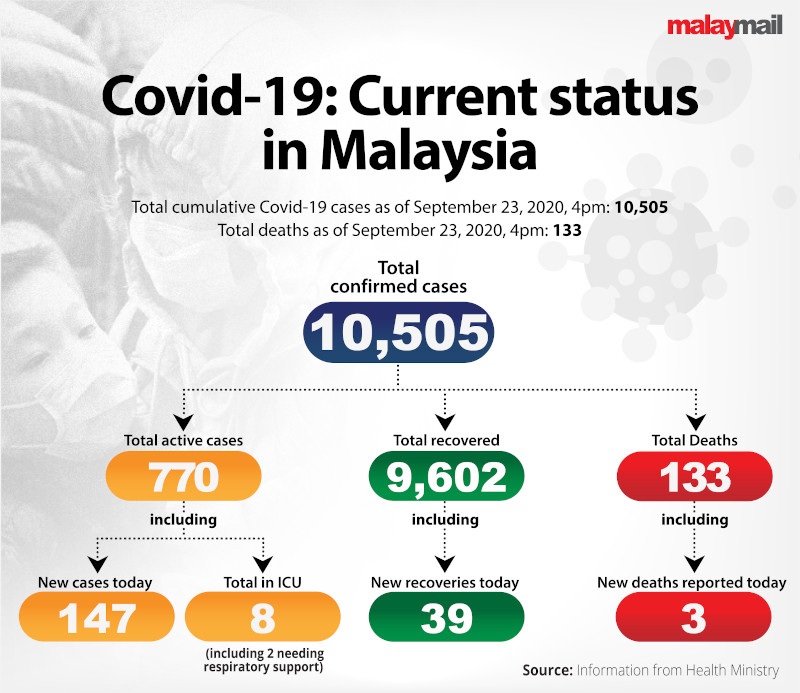