Datuk Seri Ahmad Zahid Hamidi arrives at the Kuala Lumpur High Court June 18, 2020. — Picture by Shafwan Zaidon
Follow us on Instagram, subscribe to our Telegram channel and browser alerts for the latest news you need to know.
By IDA LIM

KUALA LUMPUR, June 18 — Datuk Seri Ahmad Zahid Hamidi had personally handed over cash totalling RM1.4 million for renovation works on a bungalow in Country Heights, with payments made in batches according to the progress, a contractor told the High Court today.

Marzuki, who is managing director of construction firm Tekad Nusantara Sdn Bhd, said he was introduced by his friend known as “Haji Saad” to Zahid in late 2018, with a site visit made to the bungalow located at Lot 403 of Country Heights. Marzuki described the house as being in an abandoned state before renovations.

Marzuki said that he had then prepared a quotation for renovation works of the bungalow at Zahid’s request, noting that Zahid had agreed with the RM1,342,000 (or RM1.342 million) price quoted and instructed him to start work the next day and to complete renovations within five months.

Marzuki confirmed that he had as Tekad Nusantara managing director signed off on a document dated October 2, 2018 listing out the details of the renovation work, including demolition work, building work, external work, mechanical and engineering work.

Marzuki said his company had received an advance payment of RM50,000 on September 28, 2018, with the final renovation cost for the bungalow being RM1,424,643.20 by the time works were fully completed on March 30, 2019 due to addition in renovation works.

“All the payments that I received are by cash at the Surau An Nur Country Heights from Datuk Seri Ahmad Zahid Hamidi whether after Subuh prayers or after Zohor prayers. I will go to Surau An Nur when told that Datuk Seri Ahmad Zahid Hamidi will be making payments,” he said in his witness testimony, referring to the surau opposite the Country Heights bungalow that was being renovated.

“I never asked where the money came from, but I verify that all the payments that I received were by cash and hand delivered by Datuk Seri Ahmad Zahid Hamidi himself,” he added.

Explaining further in court today, Marzuki said that the payment for the renovation works were done properly, adding that he would make claims for payments based on progress in the works and that Zahid would provide cash payments within seven days of each claim.

“I was paid by Datuk Seri Zahid himself,” Marzuki affirmed today, confirming that the payments were “by cash”.

Asked by deputy public prosecutor Ahmad Sazilee Abdul Khairi, Marzuki confirmed that Zahid’s brother Datuk Seri Mohamad Nasaee Ahmad Tarmizi had never handed over any of the payments for the renovation works and that the payments were made only by Zahid. Nasaee is the younger brother of Zahid and the Yayasan Al-Falah chairman.

In his witness statement, Marzuki confirmed that there were no written contracts for the renovation works on the Country Heights bungalow and he had only received verbal instructions from Zahid, also confirming that he did not issue any receipts for the payments received from Zahid.

“This matter was done on the basis of trust only,” he said, later telling the court that this renovation project was the first time he had carried out construction work for Zahid. 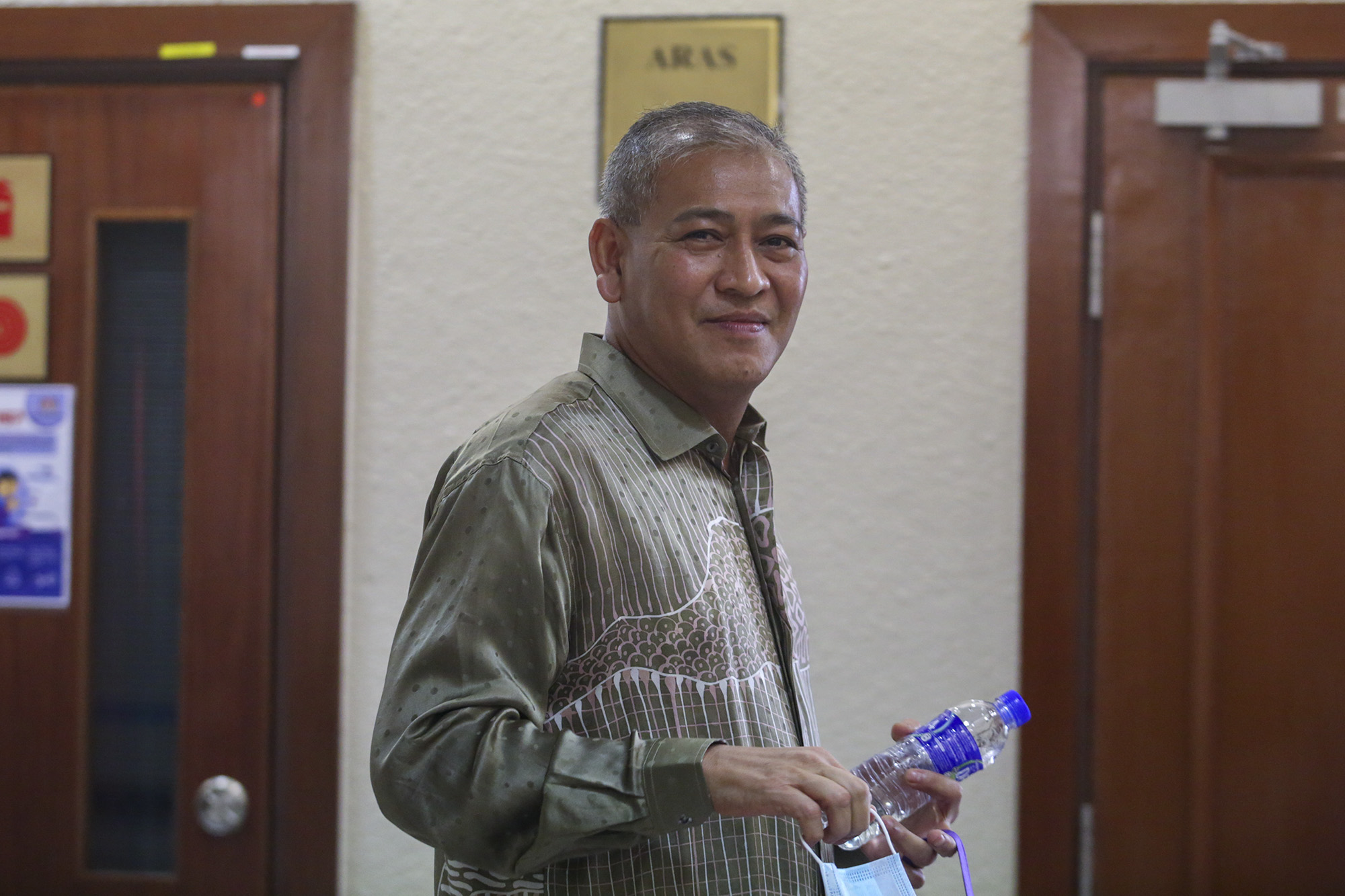 Among other things, Marzuki had testified that Zahid had told him the Country Heights bungalow’s renovation was to enable Yayasan Al-Falah to use it to house senior citizens for religious studies.

Asked by Zahid’s lawyer Mohd Haziq Dhiyauddin Razali, Marzuki said he did not know if there was a meeting room in the renovated house, but agreed that there was a space for Muslim prayers including carpets, and that there were rooms to stay in.

He agreed with Haziq that the layout inside the house was like a madrasah or an Islamic religious school, but later agreed with Sazilee that there would be no problems in reconverting the bungalow into a residential place by carrying out further renovation work. 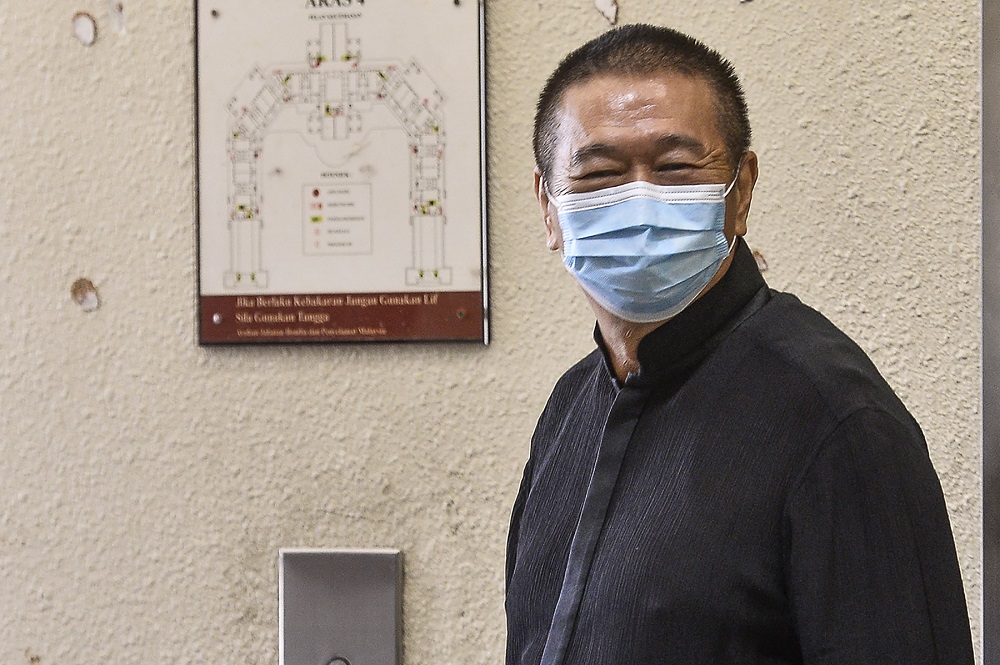 The bungalow that Marzuki had carried out construction works on was part of the RM5.9 million purchase, with this bungalow measuring 1,787 square feet at Lot 403 (HSD 24881 or PT No.20372) purchased at RM2.9 million from Bee Garden Holdings.

In this trial, Zahid is facing 47 charges, namely 12 counts of criminal breach of trust in relation to charitable organisation Yayasan Akalbudi’s funds, 27 counts of money-laundering, and eight counts of bribery charges.

In the money-laundering charges, Zahid is accused of ordering the transferring of millions of ringgit in alleged illegal funds into fixed deposits via law firm Lewis & Co’s clients’ account. A clients’ account is typically where law firms hold money as a trustee or on trust for their clients.

As part of the money-laundering charges, Zahid was also accused of having been directly involved in transactions involving proceeds from illegal activities by allegedly ordering for the purchase of the two bungalows worth RM5.9 million using a Maybank cheque issued from Lewis & Co’s clients’ account in Maybank.