KUALA LUMPUR, May 17 — The Ministry of Health (MOH) today expressed its worry over the number of travellers caught trying to make interstate trips during Ramadan and Aidilfitri season, raising the alarm that such mass travelling could affect areas which are already declared as green zones.

In his daily briefing, its director-general Datuk Dr Noor Hisham Abdullah said that to date, 971 of those who tested positive for Covid-19, were those who made interstate trips.

“In addition, 18 clusters out of the total 49 clusters previously recorded in Malaysia were also related to interstate activities. Ten of these clusters are still active,” Dr Noor Hisham said.

He expressed concern over the number of Covid-19 positive cases that are closely linked to interstate trips, especially since it continues happening even after the enforcement of the conditional movement control order (CMCO).

“The public should be alert during the coming festive season as this may be a catalyst for the spread of Covid-19 infections to areas that have achieved the green (zone) status,” he added.

He said a total of 1,248 vehicles attempting to cross interstate lines on the excuse that they wanted to “return to their hometown” were ordered to turn back by the police. The figure was double that from the previous day.

Ismail Sabri later reiterated that those caught can be punished under Prevention and Control of Infectious Diseases Act 1988, and will face compounding or be brought to court.

Yesterday, Ismail Sabri had disclosed that 508 vehicles were ordered by the police to go back the way they came.

This comes after authorities began implementing roadblocks near major tolls on highways nationwide to enforce the ban on state border crossing during the conditional movement control order (MCO) period. 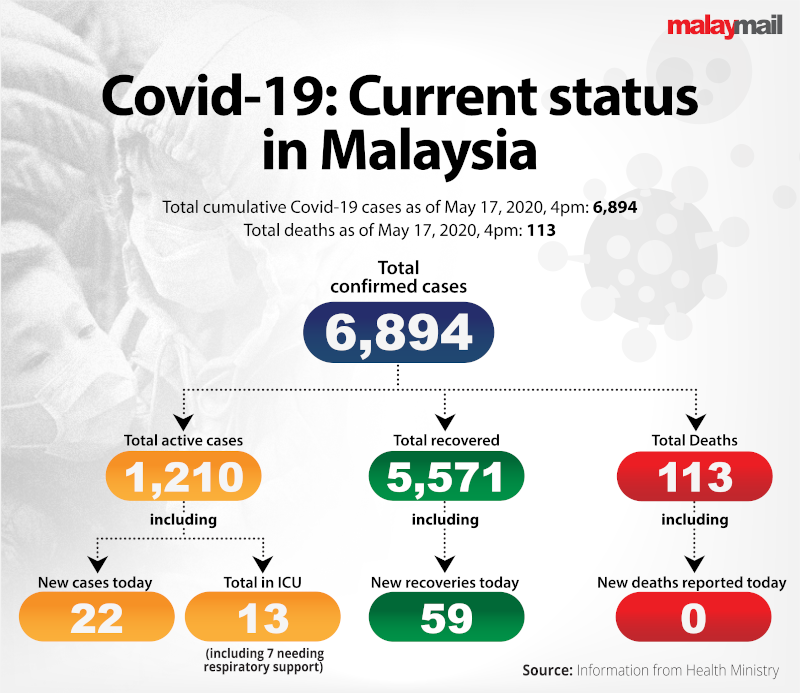