Yesterday, the Health Ministry advised Malaysians to defer trips to Japan, South Korea, Italy and Iran due to a spike of Covid-19 cases in the past week. — Reuters pic
Follow us on Instagram, subscribe to our Telegram channel and browser alerts for the latest news you need to know.
By IDA LIM

This means that the current tally of reported Covid-19 cases in Malaysia stands at 25, but with only three — including the two latest patients — still warded while the rest have all fully recovered.

Director-General of Health Datuk Dr Noor Hisham Abdullah said the 24th case is a 41-year-old Japanese woman working in Malaysia, with a travel history to Japan in January and Indonesia in early February.

“She had fever symptoms and received treatment on February 17, 2020. She was admitted to a private hospital on February 20, 2020.

“Tests to detect Covid-19 were taken on this case and confirmed to be positive on February 27, 2020. She is now treated at the isolation ward of Hospital Kuala Lumpur,” he said.

The 25th case is an Italian man aged 54 who is married to a Malaysian and living in Malaysia, with travel history to Italy for work purposes from February 15 to February 21, 2020.

“He started having symptoms of fever, coughing, joint pains and body pains on February 22, 2020. He received treatment as an outpatient for the symptoms experienced for three consecutive days — February 23 to February 25, 2020,” Dr Noor Hisham said, adding that this patient tested positive for Covid-19 today and has been admitted to Hospital Sungai Buloh’s isolation ward for treatment and further monitoring.

Yesterday’s new case was a 53-year-old Malaysian woman who had recently visited Japan.

Yesterday, the Health Ministry advised Malaysians to defer trips to Japan, South Korea, Italy and Iran due to a spike of Covid-19 cases in the past week, turning these countries into hotspots for the virus outbreak.

The addition of these countries is on top of the government’s previous travel advisory regarding China.

Today, health authorities also announced a temporary entry ban on all foreigners who had been in South Korea’s Daegu city and Cheongdo county 14 days before arrival in Malaysia, with this denial of entry also including visitors transiting through Malaysia.

Dr Noor Hisham said the entry ban does not apply to all South Koreans, and only applies to South Korean visitors from those two affected places in South Korea.

As for Malaysian citizens, permanent residents and those holding long-term social visit passes or student passes, they will have to undergo health screening by Malaysia’s Health Ministry if they had been at Daegu city and Cheongdo county in South Korea within 14 days before entering Malaysia.

He also said the Immigration Department will be setting up special counters for visitors from South Korea, Japan, Italy, and Iran in order to enhance control at all international entry points of the country. 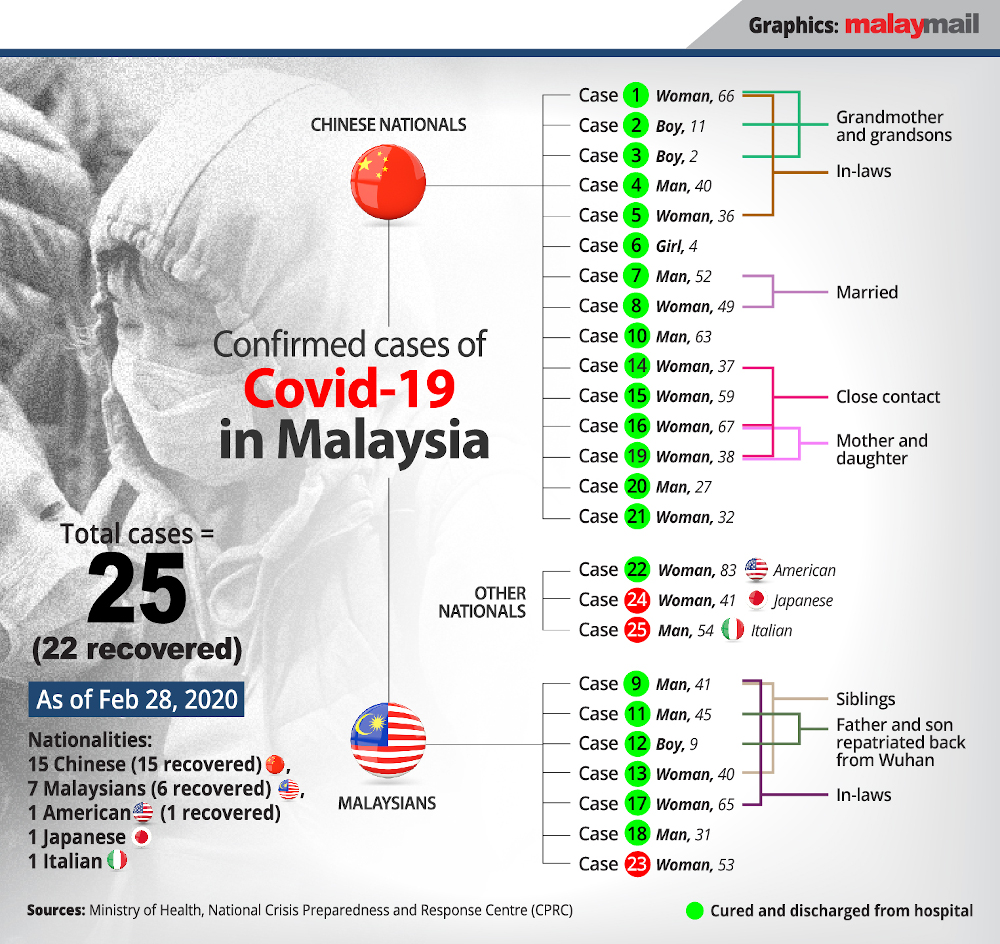