Artist Fadzlan Rizan Johani strikes a pose with his mural masterpiece in front of the Indah UPC building along Jalan Klang Lama, February 12, 2020. — Picture by Shafwan Zaidon
Follow us on Instagram, subscribe to our Telegram channel and browser alerts for the latest news you need to know.
By YISWAREE PALANSAMY

KUALA LUMPUR, Feb 16 — Armed with 250 litres of paint, a creative mind, stationery and a rented boom lift, Fadzlan Rizan Johani transformed the facade of the Indah UPC along Jalan Klang Lama into a mural masterpiece.

Themed “Tree of Hope”, the 125mx20m mural was completed by the freelance architect, interior designer and artist in 10 months beginning last April.

It was commissioned by Malaysian Resources Corporation Berhad (MRCB) as a corporate social responsibility initiative for the neighbourhood to complement its nearby development.

“They requested to put a scenery of palm oil plantation in the backdrop. I named it Tree of Hope because palm oil plantation is symbol of hope as it provides for so many people. and when I paint that element on the building, it can give the residents in it a sense of hope too,” Fadzlan said.

Fadzlan, a father of two, said he concurrently drew his Tree of Hope design and painted the building in sections to prevent the pencil marks from fading due to exposure.

He initially wanted to hire a team but decided to see if he could manage it himself with the help of friends, in his desire to keep within the undisclosed budget. 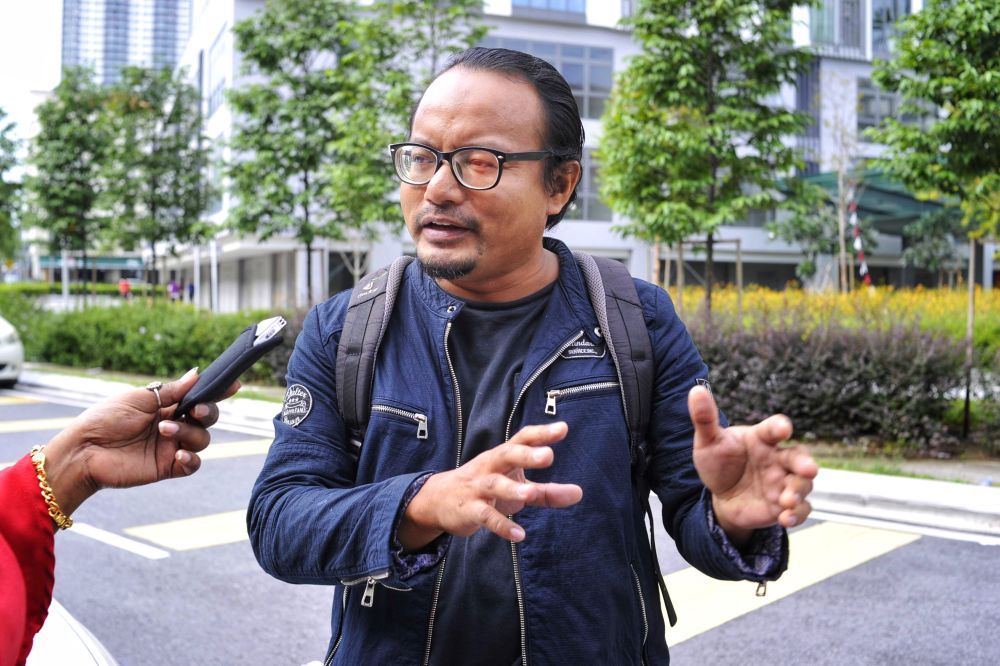 “Rather than increasing the cost, I bought more time instead to finish the work, so I can also do my freelance work in between,” he added.

Fadzlan, who at one point was based in the United Kingdom (UK), said he found murals and drawing to be his “mid-life” achievement.

“Then I quit my job in 2014 because of family issues. My kids, once we moved back from the UK, had trouble adjusting back here. So I quit to take a break so I can care and focus on my boys. So from 2014, I have been working as a freelance architect, Fadzlan told Malay Mail in an interview recently.

He started dabbling in mural painting and decided to join a mural and landscaping design competition organised by the Shah Alam City Council (MBSA) in 2014 to beautify Laman Seni 7.

Fadzlan and his children conceptualised their design and submitted the creation, and won first place.

“We didn’t aim at winning. I just took it as a family activity. Luckily, we won and after our win, MBSA commissioned us to do another project,” Fadzlan said.

It has been no looking back for the Fadzlan household since as offers for mural drawings kept coming in. He has also done murals for Universiti Malaya (UM).

“But we are not really doing murals full-time, as I am a freelance architect who also does interior designing and renovations. So from time to time we receive requests from those who want to do murals.

“As for this Tree of Hope, we received a request from MRCB,” the Universiti Teknologi Mara (UiTM) alumni said.

“It was funny because some thought I was an Indonesian worker drawing on the building. I had to explain that I am the boss doing the work on my own,” Fadzlan shared, laughing as he reminisced the moments during his work on the Indah UPC building.