Datuk Seri Najib Razak speaks to reporters at the Kuala Lumpur High Court January 8, 2020. ― Picture by Firdaus Latif
Follow us on Instagram, subscribe to our Telegram channel and browser alerts for the latest news you need to know.
By KENNETH TEE

When asked to comment on the sidelines of one of his 1MDB corruption trials, the former prime minister said such a public revelation was unprecedented in the country’s history.

He went on to suggest that the timing of the release was connected to the January 18 Kimanis by-election in Sabah.

“I am shocked with this revelation. And I am studying their (recording) contents and I have referred this to my lawyer.

“This has never been done in our country’s history and the timing is so close to the Kimanis by-election,” he told reporters after his SRC International Sdn Bhd corruption trial at the High Court here.

When asked if he planned to take any action over the possibility that he might have been wire-tapped, Najib said he will explore his legal options.

He also refused to confirm or deny the authenticity of the recorded conversations, saying he needed time to study them.

At a special press conference at the MACC headquarters this morning, MACC chief Latheefa Koya released recordings of conversations between January 5, 2016 and July 29 that same year, around the period when the US Justice Department announced its anti-kleptocracy investigation into 1MDB.

During Latheefa’s press conference, Najib was testifying in his own defence in his SRC International RM42 million corruption trial. 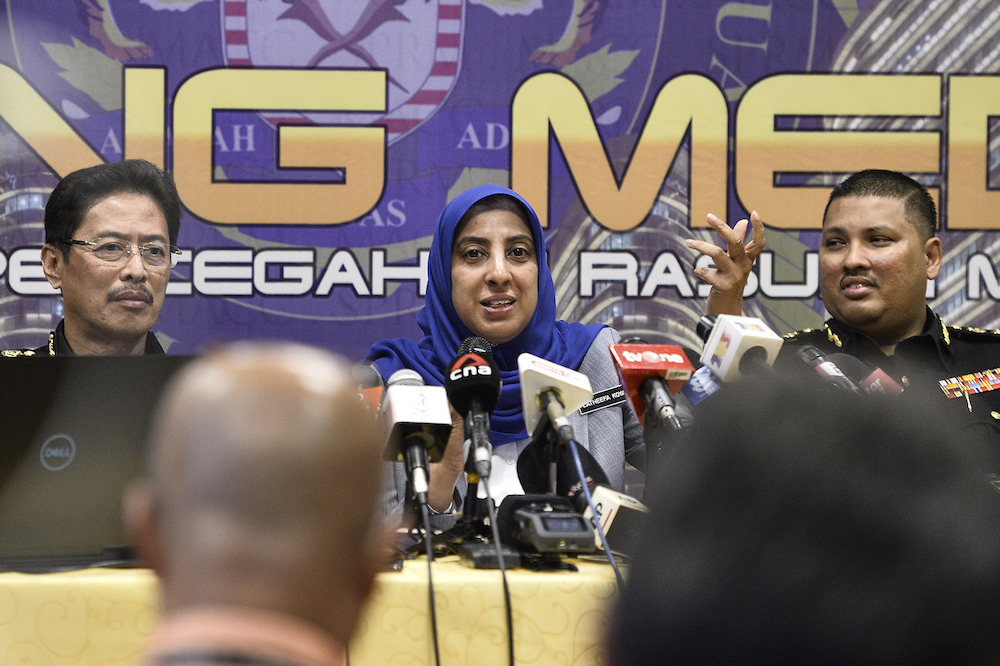