Datuk Seri Najib Razak is greeted by supporters as he arrives at the Kuala Lumpur Courts Complex November 19, 2019. — Picture by Firdaus Latif
Follow us on Instagram, subscribe to our Telegram channel and browser alerts for the latest news you need to know.

PUTRAJAYA, Nov 19 — The Federal Court, in a landmark decision, ruled that former prime minister Datuk Seri Najib Razak was a public officer and could be sued for alleged misfeasance in public office.

Federal Court judge Datuk Nallini Pathmanathan who delivered the court’s seven-member bench’s decision said a prime minister or any other minister are public officers within Section 5 of the Government Proceedings Act 1956.

She said at this juncture, the Damansara member of Parliament Tony Pua Kiam Wee’s claim of prima facie contains the necessary elements to constitute a valid claim.

“Tony Pua can proceed with his claim against Najib Razak and the Government of Malaysia by way of trial in a civil court,” she said.

However, whether or not Pua could succeed at trial is a question of evidence, particularly in relation to the alleged damage he suffered, Justice Nallini said.

The seven-member bench led by Chief Justice Tan Sri Tengku Maimun Tuan Mat unanimously allowed Pua’s appeals to reinstate his lawsuit against Najib and the government which was struck out by the High Court in 2017.

Justice Tengku Maimun remitted the matter to the High Court for trial and set November 26 for mention.

She also ordered Najib to pay RM30,000 costs to Pua but did not make any order as to costs to be paid by the government. 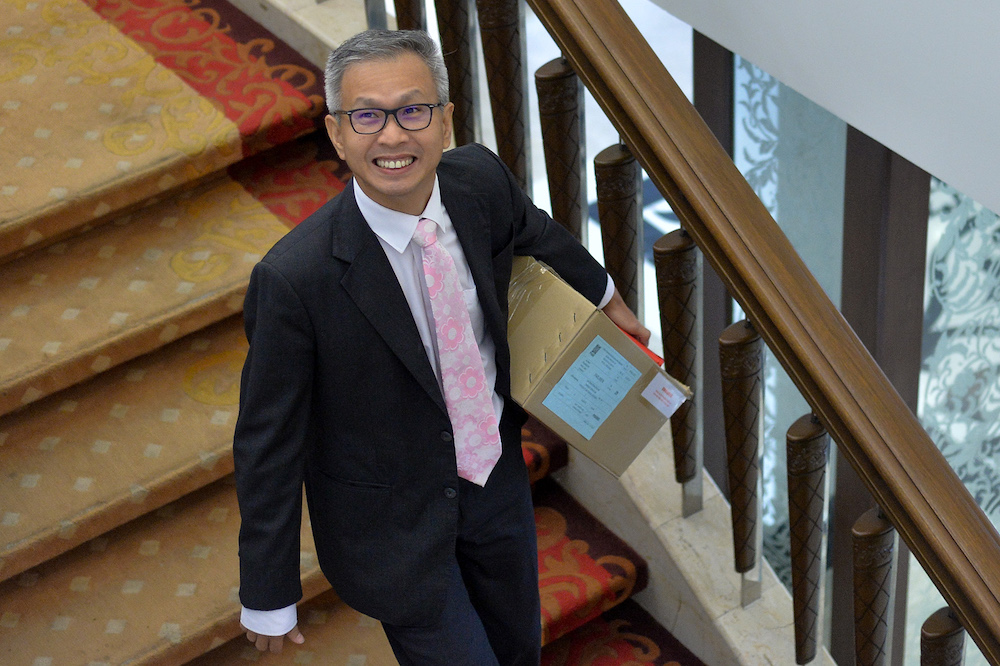 In her decision, Justice Nallini said there was no express legislative intent in either the Federal Constitution or the Interpretation Acts to abrogate the common law definition of the term “public officer”.

She said there was no specific written law in force in Malaysia which alters and substitutes the common law tort of misfeasance in public office.

Justice Nallini said the government could be held vicariously liable in respect of the acts of a prime minister or other ministers under misfeasance in public office but whether such an action was successful or not is a matter of fact and of law in the context of section 5 of the Government Proceedings Act.

The High Court had struck out Pua’s lawsuit on grounds that Najib was not an officer in public office and hence he could not be sued for alleged misfeasance in public office.

Pua lost his appeal at the Court of Appeal in July last year which had upheld the High Court’s decision, after dismissing his (Pua’s) appeal. He subsequently obtained leave to appeal to the Federal Court.

Pua sued Najib and the government for alleged misfeasance in public office over the 1Malaysia Development Berhad (1MDB) issue and sought general, aggravated and exemplary damages, interest, cost and other relief as deemed fit by the court.

He claimed that Najib was a public officer since he was the Pekan MP, the prime minister then and chairman of the 1MDB board of advisors, and that in those capacities he had a direct or indirect role in the decisions and direction of 1MDB.