KUALA LUMPUR, Nov 5 — Transport Minister Anthony Loke admitted today that Putrajaya requested a six-month extension for the Johor Baru-Singapore Rapid Transit System (RTS) Link, but denied it is an attempt to deliberate on the project.

Loke said the extension is needed for discussions and research before amending the agreements that will be signed by both Malaysia and Singapore, after the request was announced by his Singapore counterpart Khaw Boon Wan yesterday.

“It is true that we have asked for a six-month extension before we can sign all the agreements,” he told reporters during a press conference in Parliament here.

“We will appoint engineers to perform joint engineering studies that will take a bit of time. After that, we will look into the process of all the amendments to the agreements that we need to sign.”

Two agreements will need to be inked when the suspension is finally lifted, the first being the joint venture agreement between Malaysia’s Prasarana Malaysia Berhad and Singapore’s SMRT Corporation to form an operating company.

The other will be a concession agreement for both countries to appoint the operation company as the RTS Link operator. 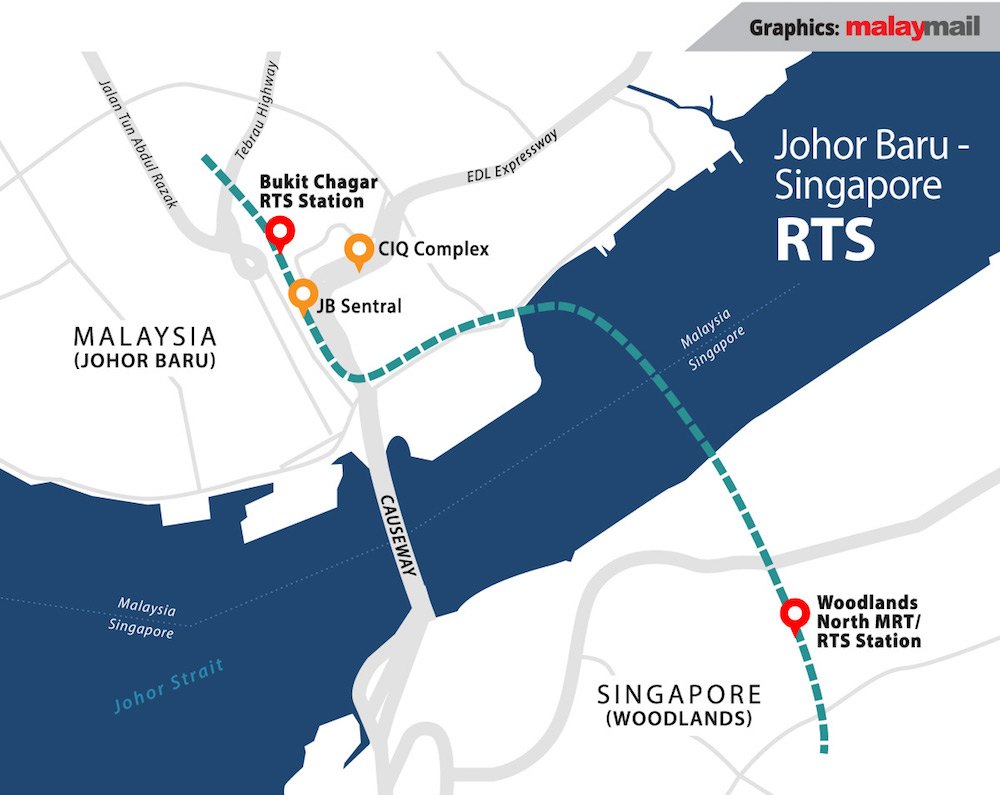 Yesterday, Khaw said in a Parliamentary written reply that Putrajaya has asked for the project to be suspended again until April 30, 2020, and Malaysia was not yet ready to share the details of its proposed changes to the project.

Khaw said the further extension of the suspension period was requested on October 29, just two days before the new launch.

On October 31, Prime Minister Tun Dr Mahathir Mohamad announced the commencement of the project, after its cost was reduced by 36 per cent from RM4.93 billion to RM3.16 billion.

Earlier that same day, Transport Minister Anthony Loke had reprimanded The Star newspaper over its frontpage report claiming Malaysia had requested another postponement to the RTS.

Loke also chided Datuk Seri Najib Razak today, claiming the former prime minister is trying to confuse the public by alleging that Singapore has not been informed of the cost reduction and is not obligated to follow Malaysia’s suggestion.

The minister said today that Malaysia will bear the cost of the infrastructure on its side, and vice versa for Singapore.

“So we announced that the cost reduction that we’ve achieved, that is on our side, which is between Bukit Chagar station and the bridge infrastructure until the border with Singapore. So we can cut our costs there,” Loke said.

The deal, which was originally drawn up between the former Barisan Nasional administration and the Singapore government, is crucial for connectivity between the Republic and Malaysia’s Southern Economic Corridor Iskandar Malaysia, and to resolve the long-standing traffic congestion along the Causeway.