Low Taek Jho’s father is linked to the fugitive businessman’s 2009 infamous success in making almost RM500 million in 'secret profits by flipping bonds issued by TIA. — Picture via Facebook
Follow us on Instagram, subscribe to our Telegram channel and browser alerts for the latest news you need to know.
By IDA LIM

Low, who is better known as Jho Low, had links to two companies that secretly bought TIA bonds at a discounted price and then resold them for a profit of close to RM500 million, the court heard today.

Datuk Shahrol Azral Ibrahim Halmi, who was TIA CEO in May 2009 when the company took on a RM5 billion debt by issuing the bonds, only discovered about the two Jho Low-linked companies that had profited at the expense of TIA during police investigations in 2018.

Because of the two companies’ bond-flipping and after taking into account a fee to AmInvestment Bank for arranging the RM5 billion fund-raising exercise, TIA in the end only received a total of RM4.39615 billion. (TIA would have received more from the RM5 billion bonds issued, if the two Jho-Low-linked firms had not made the discount buy. The RM5 billion debt that TIA took on also required it to pay regular interest payments.)

Shafee today produced documents that showed Country Group and Aktis Capital Singapore Pte Ltd were the two companies that had struck deals to buy the bonds on the cheap, asserting that they had resold them at full price to make a profit.

Shafee described this scheme as having been done by “Jho Low and his cronies”, saying that Country Group made RM420 million and Aktis Capital Singapore made over RM74 million or RM74,616,500 just by flipping the bonds issued by TIA.

Shafee: Stunning isn’t it, now that you know the full figure?

Shahrol explained that the first time he had heard of Aktis Capital Singapore was in 2018 during police investigations, noting that he had told the Royal Malaysia Police (PDRM) he did not know of this company. 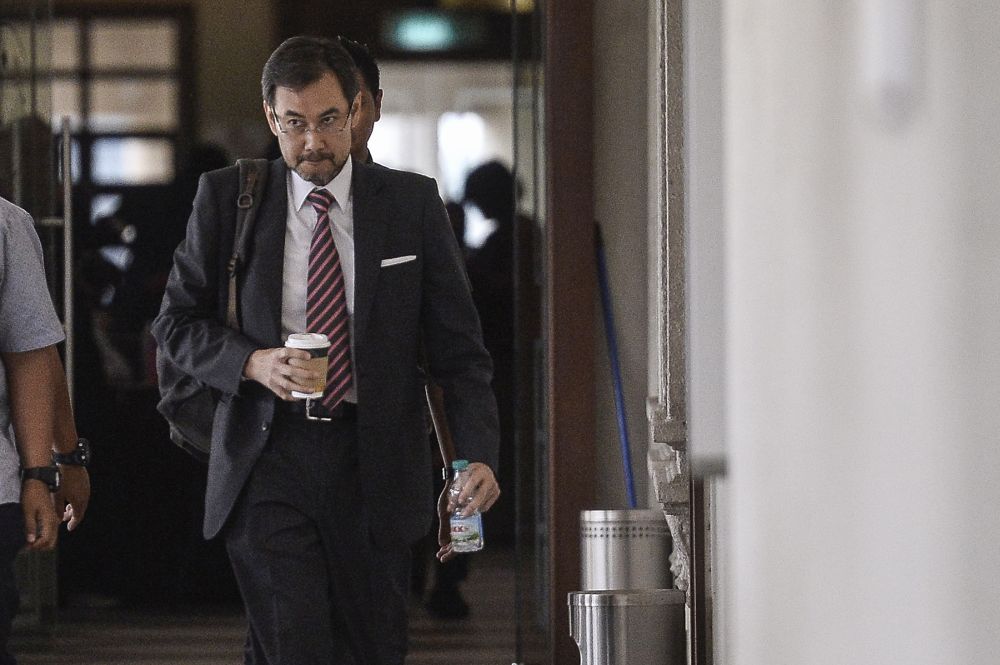 Shahrol confirmed that the police had in 2018 also asked him who controlled Country Group.

Shafee: Larry Low is connected to Country Group, are you aware of this?

Both Low and his father are currently fugitives wanted by Malaysian authorities, with police also seeking his mother Puan Sri Evelyn Goh Gaik Ewe. All three are believed to have fled abroad. The Malaysian government had also initiated civil forfeiture lawsuits to recover assets under the names of Low’s parents, and had succeeded in getting a court order to take back RM48 million from Low’s father. Shafee had shown two documents where Aktis Capital Singapore committed to buy RM700 million worth of the bonds from AmInvestment Bank, and where Country Group had committed to buy RM3.8 billion of the bonds from the same bank. (AmInvestment Bank was acting as the underwriter, principal adviser, lead manager, lead arranger and facility agent of the RM5 billion bonds for TIA).

Shafee then said: “Many people would not know whether to laugh or cry, but between the two of them they swiped up RM4.5 billion, the other RM500,000 taken up by Ambank itself.”

Shahrol however said he had only seen these two agreements where Aktis and Country Group respectively committed to buying RM700 million and RM3.8 billion of the bonds, and said he had not seen if both companies had actually taken up these bonds to those amounts.

Today, Shahrol also confirmed that TIA’s bonds were sold to two Jho Low entities at a discount by the bank.

When asked by Shafee if he knew that arrangements were made to sell these discounted bonds to another Malaysian government entity at a full price, Shahrol said he was not aware of this.

Shafee: Are you surprised Jho Low, right under your nose and TIA’s nose, by flip of a coin made several million ringgit?

Shahrol: That was what was revealed to me by PDRM.

Shafee: This was completely without TIA’s knowledge.

Shafee: This is Jho Low making secret profit without knowledge of TIA?

Shafee suggested that Low would have breached his fiduciary duty to TIA, due to Low’s alleged role in giving directions to TIA and said Low’s role would sometimes be regarded in company law as that of a “shadow director”.

The prosecution had on the first day of the trial said it would show that money flowed through accounts controlled by Low before allegedly eventually reaching Najib.