The Shared Prosperity Vision 2030 aims to disseminate wealth and of the nation equally among all races while prioritising the Bumiputera community. — Picture by Hari Anggara
Follow us on Instagram, subscribe to our Telegram channel and browser alerts for the latest news you need to know.
By R. LOHESWAR

And as industrialisation was the blueprint for nation-building at the time, it was imperative and perhaps unavoidable for Malaysia’s national development to be driven by efforts like the national car initiative and the Look East Policy.

But what defined Dr Mahathir’s legacy as “the father of Malaysia’s modernisation” was perhaps his ability to think beyond the immediate future.

His push for the Multimedia Super Corridor (MSC) program back in the 1990s to create a multimedia technology hub and a knowledge-based society framework was decades before buzzwords like “digital economy” and “Industry 4.0” became part of our everyday vocabulary.

This showed the country’s then longest-serving PM knew what needed to be done to chart a course for Malaysia to achieve the status of a developed nation.

The MSC was a crucial part of Vision 2020 or Wawasan 2020, which was aimed at not only charting a course forward for Malaysia and its people but also became a shared narrative we could collectively identify with.

Now, as Malaysia’s prime minister for the second time, Dr Mahathir aims to take the ideals associated with Vision 2020 and incorporate them into a new ethos, one which will be more applicable to today’s generation and its challenges.

In announcing the Shared Prosperity Vision 2030 (SPV2030) or Wawasan Kemakmuran Bersama in Malay, Dr Mahathir is not abandoning Vision 2020 but introducing a new narrative for the country.

SPV2030 has some similarities with Vision 2020, which was established during the tabling of the Sixth Malaysia Plan in 1991.

The Shared Prosperity model is a road map to restructuring the country's economy; it aims to close the gap between the rich and poor, and in turn overcome social issues.

It is more detailed compared to Vision 2020, which was made up of nine challenges, mostly focused on developing a united nation or Bangsa Malaysia, where all races are united and seek the creation of a robust economy.

However, years of mismanagement and a decade of kleptocratic rule and corruption under former prime minister Datuk Seri Najib Razak has led to low gross domestic product (GDP) growth, a lack of foreign investors, an influx of foreign workers and a huge disparity in income distribution that has seen the poverty rate in Malaysia spike.

SPV2030 seeks to tackle these issues head on.

Among its key objectives is to move Malaysia from being a labour-intensive country with a reliance on unskilled low-paying workers to a high-income, high-skilled labour force capable of attracting new investments and opportunities, in line with the latest developments in science and technology.

Dr Mahathir had said back in May this year that the economic model in the past decade only focused on adding more national debt for mega projects.

He said the 70 per cent increase in job availability comprised unskilled jobs, which is why much of the nation's equity ownership ended up in foreign hands.

The economic growth in the past also focused primarily on the Klang Valley and other major cities, which in turn contributed to uneven equity ownership and growth for other states.

Kuala Lumpur and Selangor are currently the main contributors to the country’s GDP at 40 per cent, while five other states Kelantan, Kedah, Pahang, Sarawak and Sabah combined only contribute to about 25 per cent.

Additionally, the compensation for employees contribution towards the country’s GDP is low compared to other developed countries whereby Malaysia is at 35.7 per cent.

While Vision 2020 may have been unable to address this, SPV2030 hopes to engineer balanced progress and development across all states.

The new vision will also seek to overcome the wage and wealth gap in society.

Dr Mahathir said that the wealth gap between the rich and poor in certain places in the country is worrying, and has pointed out that there are more Malay and Bumiputera communities in the rural areas with jobs that do not enable them to be able to earn enough.

At the present moment, 62.3 per cent of the semi-skilled and low-skilled workers are earning RM1,947 per month compared to RM4,573 for skilled workers.

From information available so far, the new model aims to increase the income of these two groups, and at the same time improve the purchasing power of Malaysians. 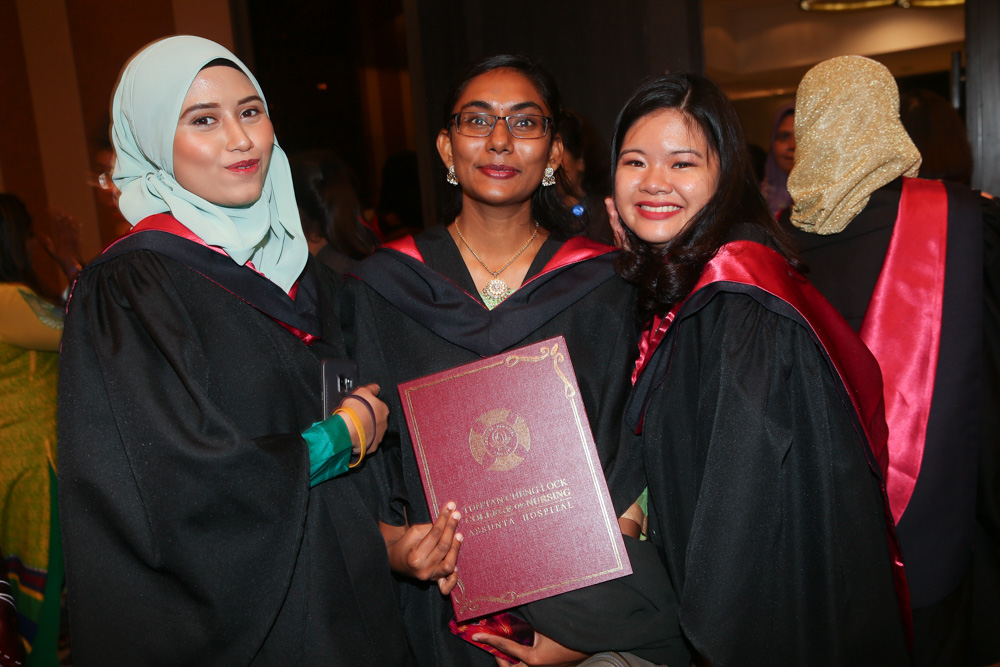 The hopes of SPV2030 is to make Malaysia a leader in technology, a hub or axis for trade, business, entertainment and industry in line with the governments Industrial Revolution 4.0. — Picture by Choo Choy May

In Vision 2020, Challenge Number Five was to make Malaysians not only consumers of technology but also contributors to the scientific and technological civilisation of the future.

The SPV2030 model has the same aspiration but the current reality is that the use of high technology in the field of manufacturing and service is low at 37 and 20 per cent respectively.

The average for other countries in the same categories are 80 and 63 per cent.

This vision will move to make these two sectors the main economic contributors.

The new vision seeks to ensure that all future policies and economic programs must be on a needs-based policy and not race-based with emphasis on education, health, public transport, housing and welfare especially for the poor.

For years, there has been hardly any concerted focus on policies to deal with inequality and this new model aims to put an end to that.

Other similarities between the two models are that both emphasise on having a just, mature, democratic and developed society.

Vision 2020 had seven challenges that touched on human values and the Shared Prosperity model is no different. Among its guiding principles is to get the Bumiputeras on the same socio-economic page as other ethnic groups.

Part of the strategy for SPV2030 is to provide funds for business, research, development, commercialisation and innovation and development. Initiatives will be implemented to ensure this happens in the hopes of cultivating more productive Bumiputeras.

In Vision 2020,one major challenge was establishing a caring culture, a social system in which society will come before self, in which the welfare of the people will revolve not around the state or the individual but around a strong and resilient family system.

SPV2030 aims to continue this challenge and achieve this by cultivating a society which accepts each other’s cultures to ensure an understanding of those values.