KUALA LUMPUR, Sept 13 — The PAS flag showing a white full moon against an emerald green background flew high at the Umno headquarters here, alongside the keris-centred, red-and-white flag of its long-time nemesis.

Around them, women from both Malay Muslim parties mingled freely with each other, smiling and chatting happily ahead of the start of the Himpunan Penyatuan Ummah or Muslim Unity Rally where Umno and PAS leaders will formally sign a charter to symbolise the end of their decades-old political enmity where divine retribution had often been invoked, and the start of a political alliance against their mutual foe — the ruling Pakatan Harapan coalition.

Initially, it was hard to distinguish who was from which party amid the sea of white at the prayer area, but there were telltale signs.

Women from PAS — seen as the more conservative of the two parties — wore looser garments and longer shawls that covered their chests while those from Umno sported the dressy kebaya and more elaborate styles of hijabs covering their heads. Some also wore red, green or black vests that indicated their political affiliation or huddled in groups with the same symbols. 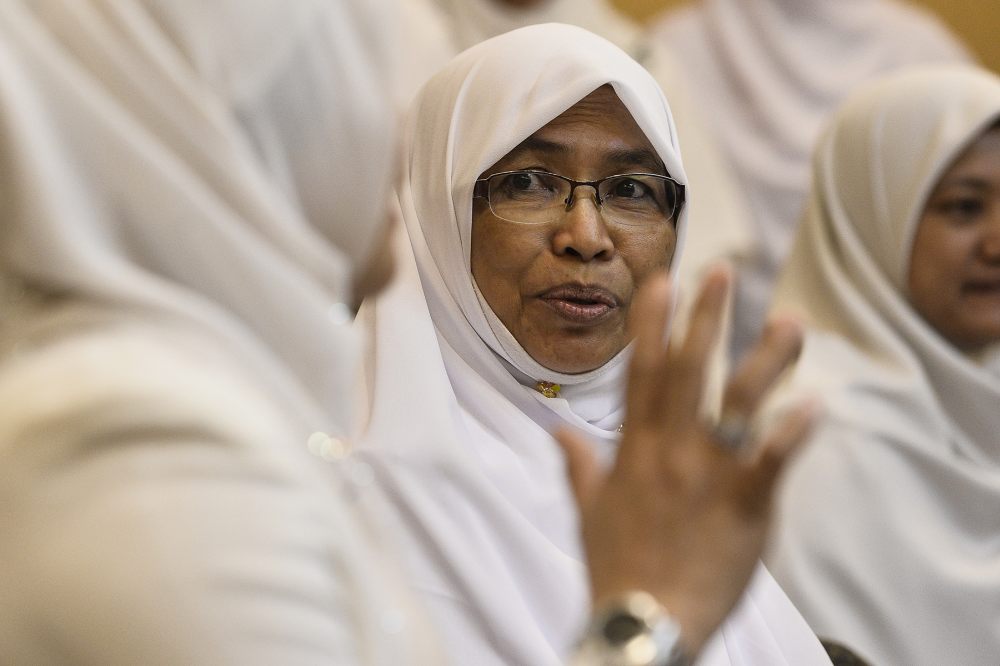 The head of PAS’ women’s wing Nuridah Salleh broke into a huge smile when asked how she felt entering PWTC, the lair of her former political foe.

“I have been here before, there’s always events here. But this is the first time I am honoured as the guest,” she told reporters.

Some 50 trade booths manned by Malays and promoting Bumiputera products circled the perimeter of the PWTC.

The goods, which ranged from books and carpets to goat’s milk and shawls, were all marked with a “buy Muslim first” sign.

“Everything here is owned by Bumiputera and will enhance Bumiputera businesses,” said one trader from Negri Sembilan who gave his name as Pak Hassan. He was chuffed with the chance to display Bumiputera entrepreneurship at the PAS-Umno rally today.

“Who said we never had such a network set up in the first place? We never had the chance to display it,” he added.

During a break in the afternoon for the mandatory Friday prayers, groups of women in white across the road to get their lunch.

Inside, the men lined up in rows to perform their ablutions before standing shoulder to shoulder again to pray.

The sermon was led by PAS deputy president Datuk Tuan Ibrahim Tuan Man who delivered a speech about the importance of having a united and strong ummah and was punctuated with calls of “takbir”, an Arabic phrase meaning “God is the greatest”. 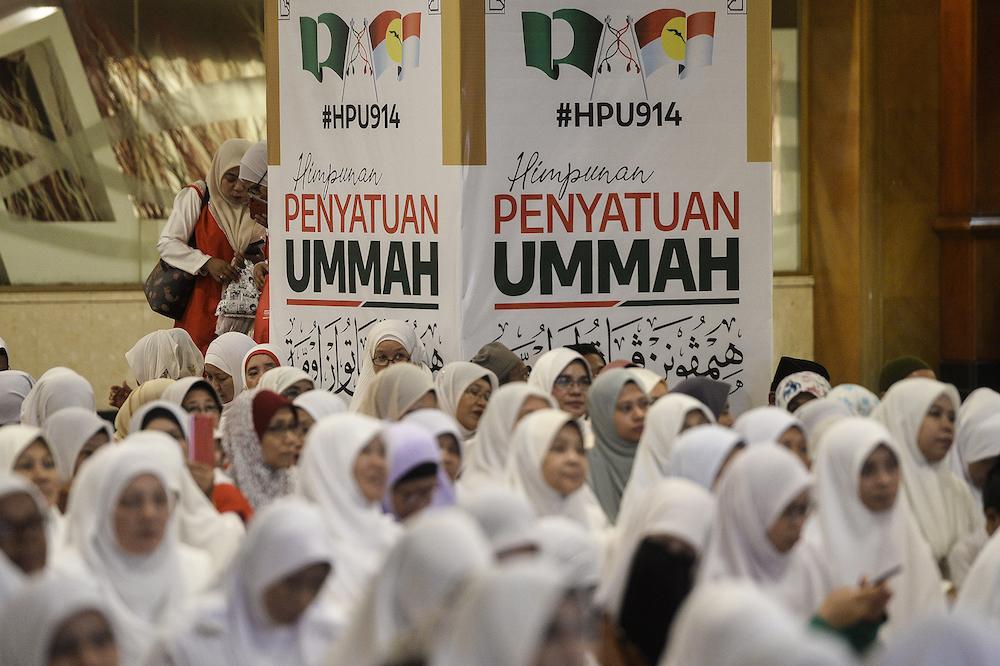