US don: It was too late for Malaysia to escape China’s web with ECRL

A general view of the construction site of the East Coast Rail Link project in Bentong July 10, 2018. — Bernama pic
Follow us on Instagram, subscribe to our Telegram channel and browser alerts for the latest news you need to know.
By By Justin Ong

KUALA LUMPUR, April 22 — Malaysia could only renegotiate rather than cancel the East Coast Rail Link (ECRL) as China’s influence was already too rooted when Pakatan Harapan (PH) took over, according to one US economist.

Panos Mourdoukoutas, the chairman of LIU Post’s Economics department, wrote an opinion piece for Forbes to say that while PH was initially bullish about its ability to cancel the infrastructure project, it later changed its stance when reality set in.

The economist pointed out that the project was already entrenched in Malaysia and its outright cancellation would have been costly both in terms of money already spent and the compensation that would entail.

He also noted that China was a significant trading partner to Malaysia and received over US$45 billion of Malaysian exports last year.

Mourdoukoutas added that Malaysia’s position was further weakened by the country’s declining exports, amid the ongoing US-China trade war.

“Malaysia is already caught in China’s web, and there’s no escape from it. The best it can do is to bring Beijing to the negotiating table, and try to get better deals for projects under way,” he wrote.

Daim, who led Malaysia’s negotiations with China on the ECRL, alleged that former prime minister Datuk Seri Najib Razak approved the agreement for the rail line against the “good advice” of the Economic Planning Unit.

The former minister also denounced the original ECRL agreement for its “shady conception, lack of transparency, lack of integrity, hasty approval, its vague details, its hefty cost, and the absence of accountability to the rakyat.”

Separately, Kadir wrote an opinion piece arguing that the economic and diplomatic costs were too high for Malaysia to terminate the ECRL.

On April 12, the Prime Minister’s Office announced that the construction cost for Phases 1 and 2 of the ECRL will resume with a reduced price tag of RM44 billion or RM21.5 billion lower than the original price.

The project was initially shelved after Barisan Nasional was voted out in the general election last year.

Prime Minister Tun Dr Mahathir Mohamad is scheduled to visit China later this month for a conference on the Belt-Road Initiative, of which the ECRL represents its flagship in Malaysia. 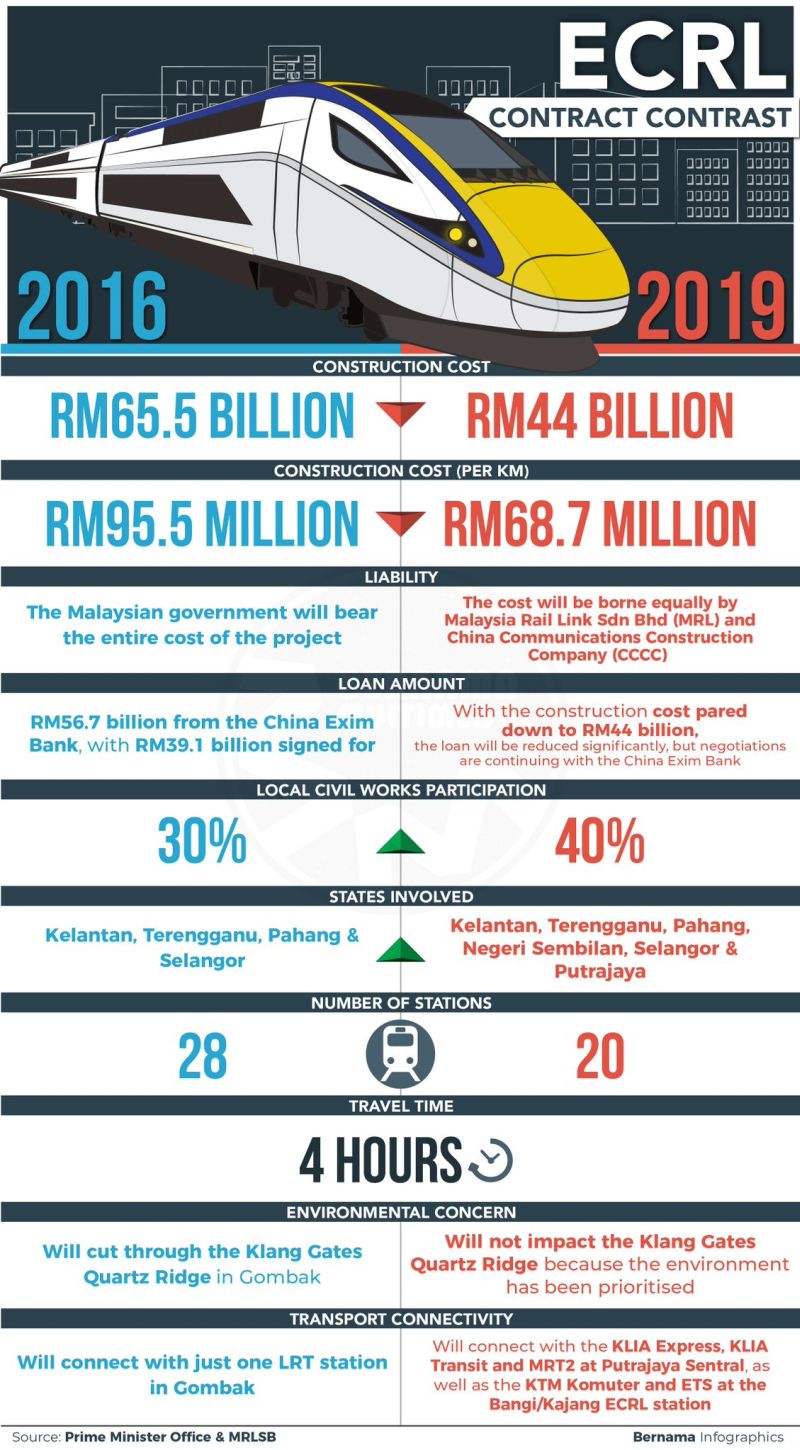