Najib’s lawyer Muhammad Farhan Muhammad Shafee confirmed that the trial date of April 3 was fixed by the High Court today.

“It’s in the afternoon,” he told Malay Mail when contacted today after the matter came up for mention in the High Court.

Farhan said the prosecution had today informed High Court judge Mohd Nazlan Mohd Ghazali of the Federal Court’s decision yesterday to lift a stay order on the trial and that the trial can proceed.

With only today and tomorrow being the remaining hearing dates that were initially scheduled for the trial before it was put on hold previously, the prosecution had today asked for new trial dates to be fixed.

“The prosecution wanted to start on April 3, all the way until April 15. We, as lawyers, have other cases as well scheduled, so the court only fixed half a day on April 3, so starting at 2pm,” he said.

Farhan said the prosecution is expected to produce its first witness for the trial on April 3.

Farhan confirmed that no other trial dates had been fixed yet for this case, which involves seven charges over SRC International’s RM42 million funds. 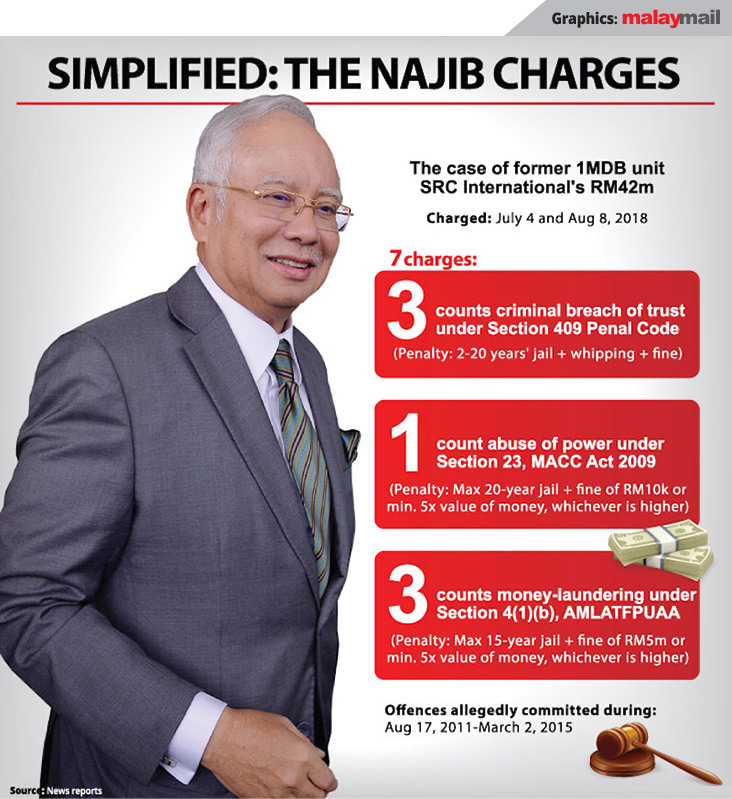 He said the prosecution intends to request the Chief Judge of Malaya Tan Sri Zaharah Ibrahim to clear trial dates that have already been fixed for a separate criminal case that Najib is facing.

Najib is facing 25 charges over a sum exceeding RM2 billion of 1MDB funds, with trial dates previously already fixed for April 15 until May 3.

“What the prosecution is going to do, they are going to write a letter to the Chief Judge of Malaya to request that she vacate all the 1MDB case (dates) and replace it with SRC,” Farhan said of the trial dates.

Farhan said the High Court has asked the prosecution to update on April 3 the status of its request to do so. 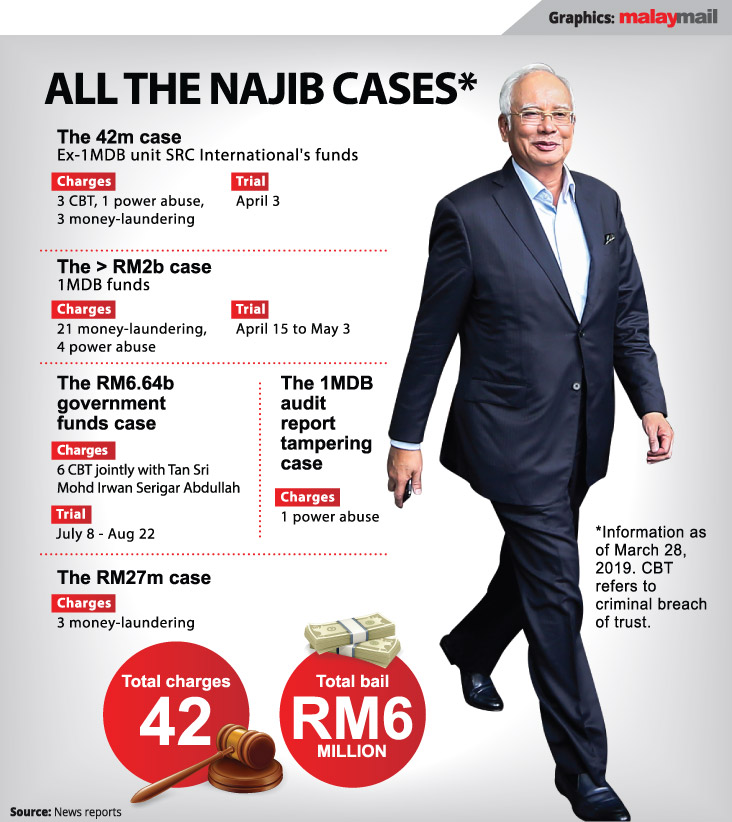 The SRC International case involving RM42 million will be the first-ever criminal case that Najib will be tried for.

The Court of Appeal had twice put on hold the trial over RM42 million, until related appeals by Najib are heard and decided on.

The Federal Court said the Court of Appeal had no jurisdiction to grant on March 21 a stay of the RM42 million trial.

The Federal Court will hear on April 4 the four related appeals with three by Najib and one by the prosecution.

The prosecution’s appeal is against Najib’s successful challenge of the appointment of senior private lawyer Datuk Sulaiman Abdullah as his lead prosecutor in this case. 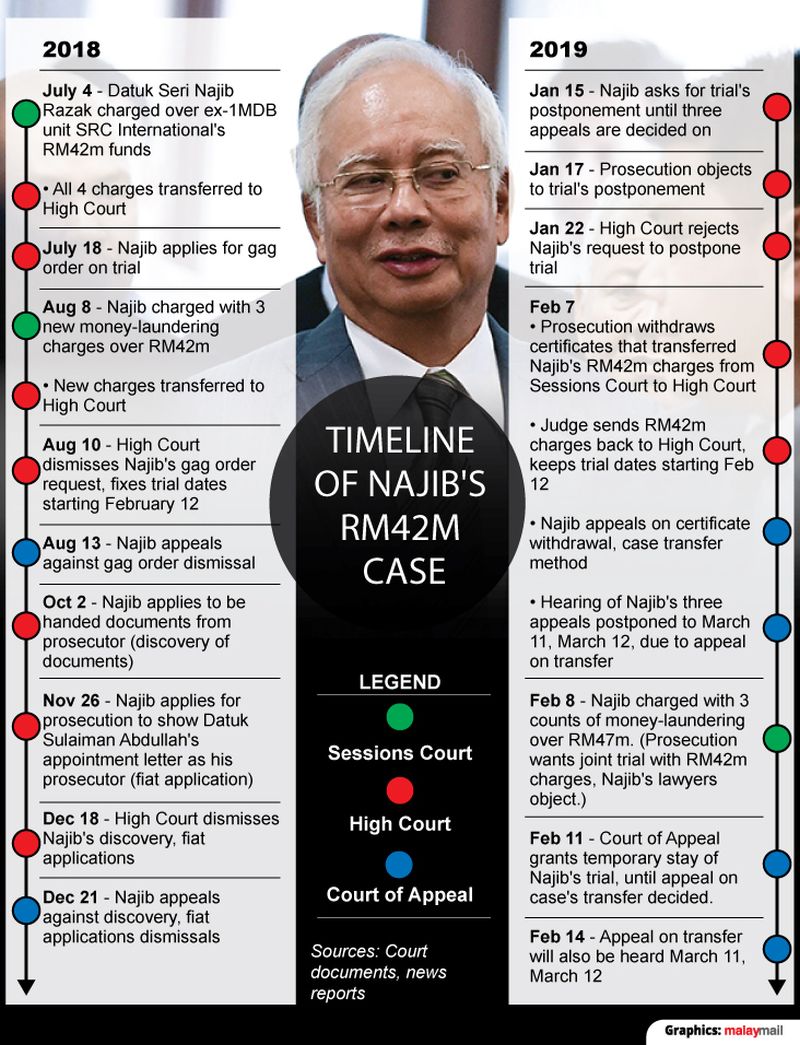