Bukit Aman: Sexual crimes involving children on the up

Datuk Seri Mustapa Mohamed speaks at a special ceremony to welcome him to PPBM in Petaling Jaya October 26, 2018. — Picture by Razak Ghazali
Follow us on Instagram, subscribe to our Telegram channel and browser alerts for the latest news you need to know.
By By Danial Dzulkifly

The independent Jeli MP announced his membership at a special ceremony to welcome him into the party after the PPBM supreme council meeting here tonight.

In a brief speech, Mustapa said he joined the party as he is confident that PPBM would be able to serve his constituents better.

“I took this new political direction as I want to better serve the constituents in Jeli and Kelantan as a whole, inside and outside the Parliament.

“I also support Dr Mahathir’s emphasis on transparency and integrity in ensuring good governance and creating a new political landscape in the country,” he said, referring to PPBM chairman Tun Dr Mahathir Mohamad, who is the prime minister. 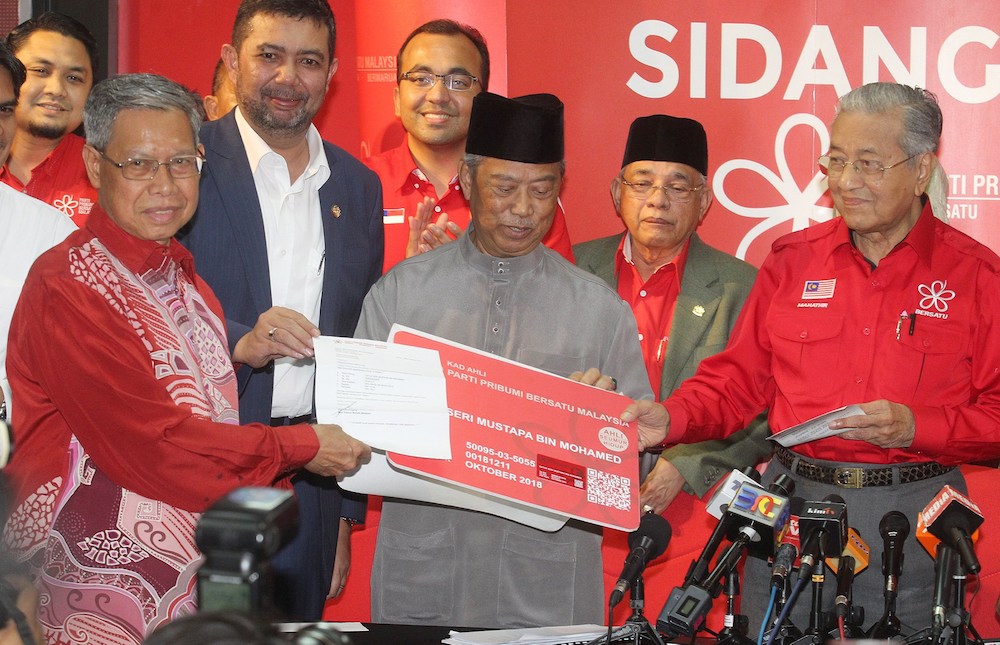 “I hope to assist PPBM to ensure agenda, such as Bumiputera empowerment and inclusive economic development for a brighter future for all, are realised,” he said.

Dr Mahathir said the party was pleased to accept an Umno “icon” into PPBM’s fold.

“After giving him time as an independent and viewing his stance, we agreed to accept him into the party,” he said.

Mustapa, who is also Air Lanas assemblyman and former Kelantan Barisan Nasional (BN) chairman, quit Umno on September 18 after being a member for 40 years.

At the time, he had said that following the collapse of BN in the May 9 general election, Umno was no longer relevant in a multiracial Malaysia.