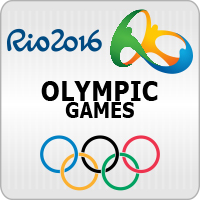 He said the initiative was to honour national athletes who have made Malaysia proud on the world stage.

“Previously, special stamp issues were only for leaders or the King but I have directed Pos Malaysia to issue special stamps of athletes who win the Olympics gold.

“The stamps can be kept as memorable items as our way of appreciating their (athletes') service. We hope that by issuing the special stamps, it would motivate them to work harder,” he told reporters after launching the National Day Logo Exhibition at the Shah Alam Gallery here this evening.

A total of 34 National Day logos used from 1976 to 2016 will be on display at the gallery throughout the Merdeka month.

Malaysia is assured of two silver medals in badminton. The Malaysian mixed doubles pair of Chan Peng Soon and Goh Liu Ying and men's doubles pair of Goh V. Shem and Tan Wee Kiong have secured a place in the respective finals.

Earlier, in his speech, Jailani said Malaysians should appreciate the National Day logo designers as each logo had its rationale.

“I support this event because it is at exhibitions like these that we Malaysians will learn the implicit meaning of each National Day logo,” he said.

He said every logo was created with a spiritual motive which could indirectly foster unity among people regardless of their religious background, ethnic origin, position or status.

Jailani urged the young generation to continue producing creative ideas in designing logos which can be a pride for Malaysians.

Meanwhile, Hashim, 78, a former Faculty of Art, Design and Architecture lecturer at Universiti Selangor (Unisel), was overwhelmed and proud that all his logos were displayed in the gallery.

“Alhamdulillah, there are people who appreciate my design. I used to feel very honoured to see the logos I created selected as the National Day logos.

“It was not for the money or recognition but for the love of art and love for my country. No words can describe the joy and satisfaction I get when my logos are seen on billboards and over television,” he said. ― Bernama