Malaysians should not hope for more incentives, handouts in Budget 2014, says Nazir Razak 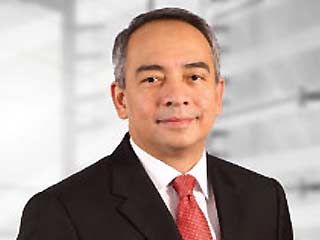 He said the government was facing the daunting task of getting the 2014 Budget right, based on the current gearing level, amid uncertain global conditions.

Nazir (picture) said that now was the time for financial institutions, as well as, the people to give priority to the government’s agenda in managing the budget deficit.

“We’ve gone through a good period of incentives. The more important thing right now is the government’s financial health.

“If the government gets that wrong, ratings will be negative, thus cost of borrowings will be impacted,” he told a press conference after launching  Plug ‘n’ Pay, the bank’s latest electronic payment system.

The initiative was in line with government efforts to promote the adoption of electronic payments and to reduce dependency on cash transaction for greater economic efficiency.

Bank Negara Malaysia hoped to boost the number of cashless transactions per capita from 44 to 200 and reduce the usage of cheques by more than half from 207 million to 100 million by 2020.

Nazir, quoting a global research finding, said the world’s point-of-sale solutions currently amounted to 30 million units and the figure was expected to more than double in the next three to five years, driven by new technologies worldwide.

Based on the growth, he was optimistic that the take up rate for CIMB’s Plug ‘n’ Pay would be very strong.

“The availability and affordability of smartphones as well as tablets is also widespread in Malaysia. Hence, the move away from a cash-only to more cashless ecosystem is a natural step,” he added.

Already available in the market, the Plug ‘n’ Pay device is priced at RM250 each and can accept any MasterCard and VISA branded cards. — Bernama