Spanish designers Jose Victor Rodriguez (right) and Jose Luis Medina, also known as ‘Victorio’ and ‘Lucchino’ pose for pictures during the inauguration of their museum at the Covento de Santa Clara in Palma del Rio, near Cordoba ,on June 23, 2022. — ETX Studio pic
Follow us on Instagram, subscribe to our Telegram channel and browser alerts for the latest news you need to know.

MADRID, June 25 — Top Spanish fashion designers Victorio and Lucchino, who have dressed singers and aristocrats, on Thursday inaugurated a museum dedicated to their works in their southern home region of Andalusia.

The museum housed in a centuries-old former convent in the southern city of Palma del Rio displays a retrospective of their creations, which are characterised by bright colours and the use of lace and ruffles.

“It is a nice finishing touch to our professional careers, a satisfaction, to leave a vestige of our work to future generations,” Jose Luis Medina del Corral, 68, who goes by the alias Lucchino, told AFP before the museum’s opening.

Lucchino and Jose Victor Rodriguez Caro, 72, who goes by the alias Victorio, met as teenagers in the 1960s and soon became a couple, united by their passion for fashion. 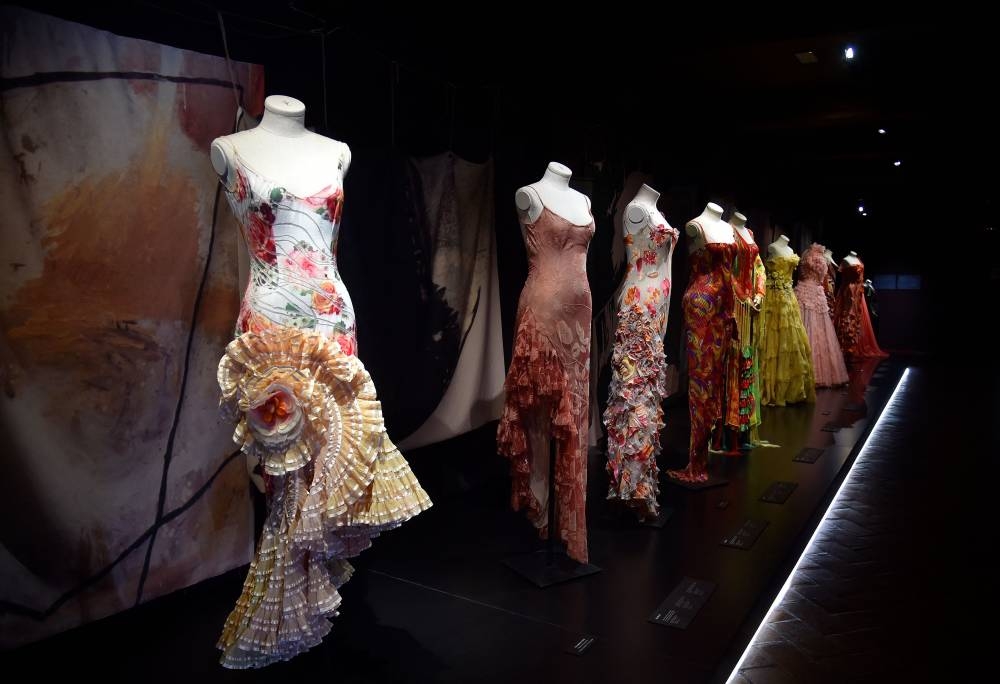 This photograph shows creations by Spanish designers Jose Victor Rodriguez and Jose Luis Medina, also known as ‘Victorio’ and ‘Lucchino’, during the inauguration of their museum at the Covento de Santa Clara in Palma del Rio, near Cordoba ,on June 23, 2022. — ETX Studio pic

They joined forces in 1975 to create the Victorio y Lucchino brand, and burst onto the international scene a decade later by taking part in the New York International Fair.

Their creations have since appeared on catwalks in Japan, Germany, Italy and the United States, worn by top models such as Claudia Schiffer and Elle McPherson.

The duo’s customers have included one of Spain’s most famous singers, Rocio Jurado who died in 2016, and Spain’s late Duchess of Alba, one of Europe’s wealthiest aristocrats.

She wore a salmon-coloured dress with a moss-green sash by Andalusian designers at her 2011 wedding to a civil servant at her palace in Seville.

The designers say they have long drawn inspiration from the culture of Andalusia, Spain’s centre for flamenco and bullfighting.

“Every creator lives from the land where he lives,” said Victorio who was born in Palma del Rio. — ETX Studio