Qixin Lion Dance and Dragon Troupe members adhere to SOPs when performing while hoping for more performance to showcase their talents. — Picture via Wong Weng Wah
Follow us on Instagram, subscribe to our Telegram channel and browser alerts for the latest news you need to know.
By ANNE GRACE SAVITHA

This year, most lion dance troupes have been roaring back to life to put up spectacular performances despite having to adhere to strict standard operating procedures (SOPs).

While the troupes have recorded a decrease in business revenue as compared to previous years, they are excited to be able to train and entertain audiences with their tricks and skills learned.

Malay Mail spoke to a few lion dance groups in the Klang Valley to see how they are coping and how they have been following the SOPs. Lion dance performance for the KLKSK group has decreased by 50 per cent since 2020. — Picture via Facebook/KLKSK Lion Dance

Located in Kampung Melayu Subang, the Kun Seng Keng lion dance group has been operating since 2011.

This year, their operating costs have increased by 10 to 20 per cent due to them needing to cover expenses such as transportation fees and giving performers their allowance.

According to troupe leader Cheong Kah Chun, only a certain number of people are allowed to be transported on the lorry and this means that more needs to be spent on transportation.

“There is a lot to look into such as meals for performers, and also we’ve charged slightly more this year to cover our increased operating costs.

“Meanwhile, our revenues have dropped by 50 per cent compared to 2020 and we need to pay for our rental and so on.

“We’ve also shrunk in size as we now have two teams as compared to five teams in 2020,” he said.

On a brighter note, the troupe has had a gala time performing the double acrobatic act together with a magic show to entertain the audience at Gamuda Cove.

The group has also been trying to fulfil an overwhelming number of demands in malls and corporate offices. 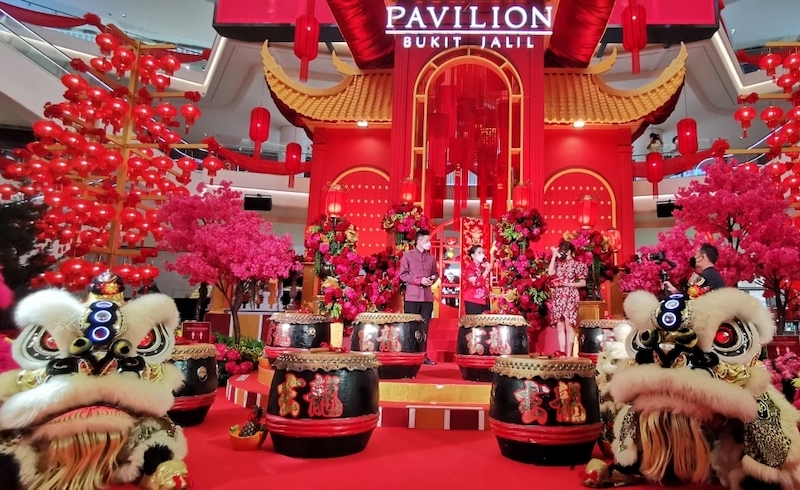 Some of the places the Ampang Xuan Long have been performing include the new Bukit Jalil's Pavilion branch. — Picture via Facebook/ Malaysia Xuan Long Sports Association

Andrew Yap, coach of the Ampang Xuan Long Dragon and Lion Dance troupe said that the operating costs have increased by 30 per cent since 2020.

“Rental for training space, utilities such as water and electricity all take up a high price.

“Not just that, we’ve also spent on new tyres for our lorries as we’ve just changed our new tyres because all of our tyres were worn out during the movement control order and had to be replaced with new ones,” he said.

He also said that business has dropped to about 30 to 40 per cent this year as compared to 2020 but counts themselves lucky to still be able to perform in malls such as Subang Jaya’s Da Men mall and Pavilion Bukit Jalil.

“Lion dance performances are not just concentrated during CNY festivities as we also perform for weddings, certain temple ceremonies.

“So we’re hoping that we can garner more income during that other occasion.”

In terms of following the SOPs, he said that all the dancers can only perform once they’ve finished their booster doses and have to follow social distancing while dancing. 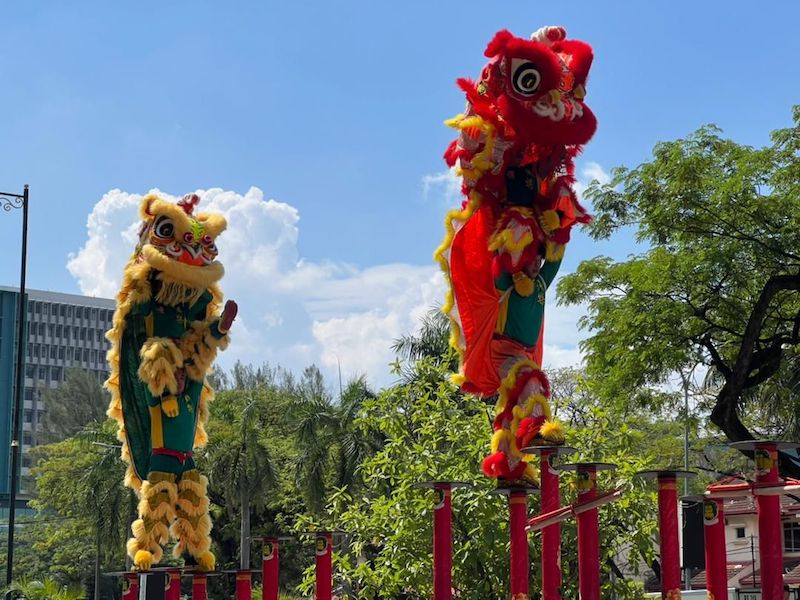 From performing in 50 different places daily, this lion dance group now performs in only 15 different locations a day. — Picture via Eric Fong

Established over 30 years ago, this lion dance group has won many international awards.

Coach Eric Fong told Malay Mail that before 2020, the team would perform in 50 different places as compared to this year.

“We had five teams before Covid-19 where two teams would perform the acrobatic high pole while the other three would do the normal dance.

“But things have changed this year as in a day, we only get to perform in 10 to 15 places.

Fong added that most times, the team is required to pay and perform RTK antigen tests before performing.

“There are times where we need to cover our own RTK tests but sometimes, our clients pay for us too.

“We’ve also experienced cancellation of our lion dance performance at the eleventh hour due to one of our clients’ contracting Covid-19.

“But we can’t help it and have to just adjust and hope that we’re able to perform as much as we can,” he said. Hong said that many of the team's dancers ventured into other freelance jobs after being unable to work as full-time dancers during the lockdowns. — Picture via Calvin Hong Weir Hahn

Located in Selayang Jaya, the association’s founder Calvin Hong Weir Hahn said that the team’s operational costs have dropped to 25 to 30 per cent this year.

“We have lowered our pricing this year due to the slow economic growth and we also have our own in-house lorries to transport dancers from one place to another.

“Many times, we were lucky to get sponsorship to pay for our rental and electricity costs.

“However, in terms of business-wise, we’ve dropped to 30 to 40 per cent due to limited clients calling us for performances.”

Hong added that 12 of his full-time dancers, who used to earn an income through lion dance performances, have ventured into doing freelance jobs such as Grab drivers and conducting online business.

“Many who are students have found other jobs to sustain themselves while others have stayed on with us.

“We hope that we are able to perform even after the CNY festivities for opening ceremonies of shop houses or weddings.

“Many companies are also afraid to call us due to the strict SOPs in place and fear of catching Covid-19,” he said. 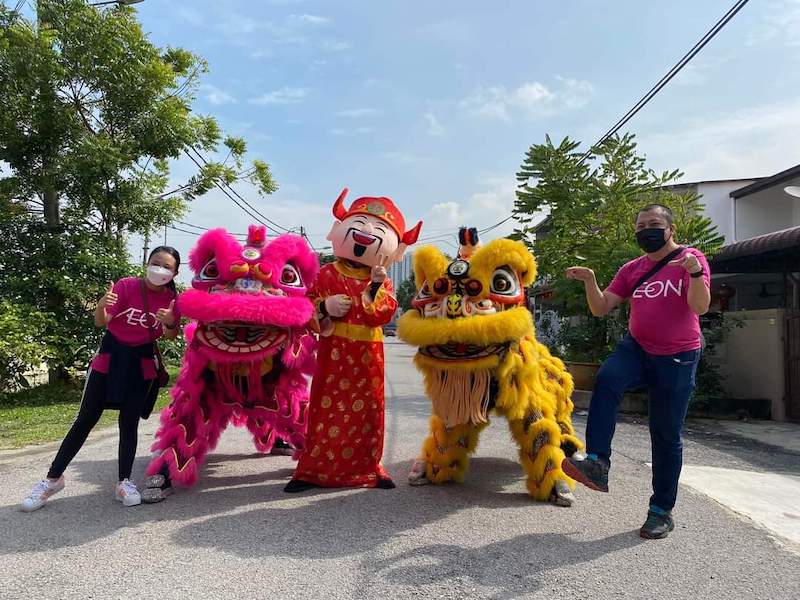 Wong said that the dance group has been offering discounts worth 5 per cent to clients so that they are able to perform again. — Picture via Wong Weng Wah

Set-up in 2019, this lion dance group located in Puchong has been focusing on training school students interested in becoming full-time dancers.

Its founder Wong Weng Wah told Malay Mail that the dance group has been offering discounts to clients so that they’re able to perform amidst the tight SOPs in place.

“There were times where we offered our clients cheaper packages so that they would be happy and we would be able to help pay our association’s rental and utilities bill.

“If we get extra money, we will give that to our students as pocket money or allowance for them.”

Some of the requirements that they need to fulfil before performing is making sure they have a proper permit, wearing masks and keeping to social distancing.