A group of elderly with dementia at the Alzheimer’s Disease Foundation Malaysia's day-care centre in Petaling Jaya. — Picture by Miera Zulyana
Follow us on Instagram, subscribe to our Telegram channel and browser alerts for the latest news you need to know.
By MILAD HASSANDARVISH

KUALA LUMPUR, Nov 9 — Caring for someone with Alzheimer’s disease or dementia can be a taxing and emotional journey.

In most cases, caregiving can become exhausting as your loved ones’ mental and physical abilities slowly diminish over time.

And for the caregiver, the experience can often be overwhelming to the point they may even neglect their own mental and physical health.

To better understand the challenges of handling people with Alzheimer’s disease or dementia, Malay Mail recently paid a visit to the Alzheimer’s Disease Foundation Malaysia (ADFM).

Since its inception in 1997, the foundation has been advocating awareness programmes to educate the public about the disease.

The foundation then set up a dedicated day-care centre in Petaling Jaya back in 2009 and has since been providing care to patients with Alzheimer’s disease or dementia.

During the visit to the centre, a group of elderly had started their morning routine workout using a pedal exerciser.

To ensure the elderly remain focused and responsive, three nurses had to constantly encourage them by creating an energetic atmosphere.

In return, some of the elderlies played along while the rest continued to wonder by staring at the rest.

According to her, providing care to individuals with such conditions can put the caregiver at increased risk of mental and physical problems.

“We have some caregivers who find it very challenging to look after their elderly parents living with dementia.

“Hence, they decided to bring them here from morning until evening to have relief and also slow down the disease’s progress with more participation and activities we have at the centre.” 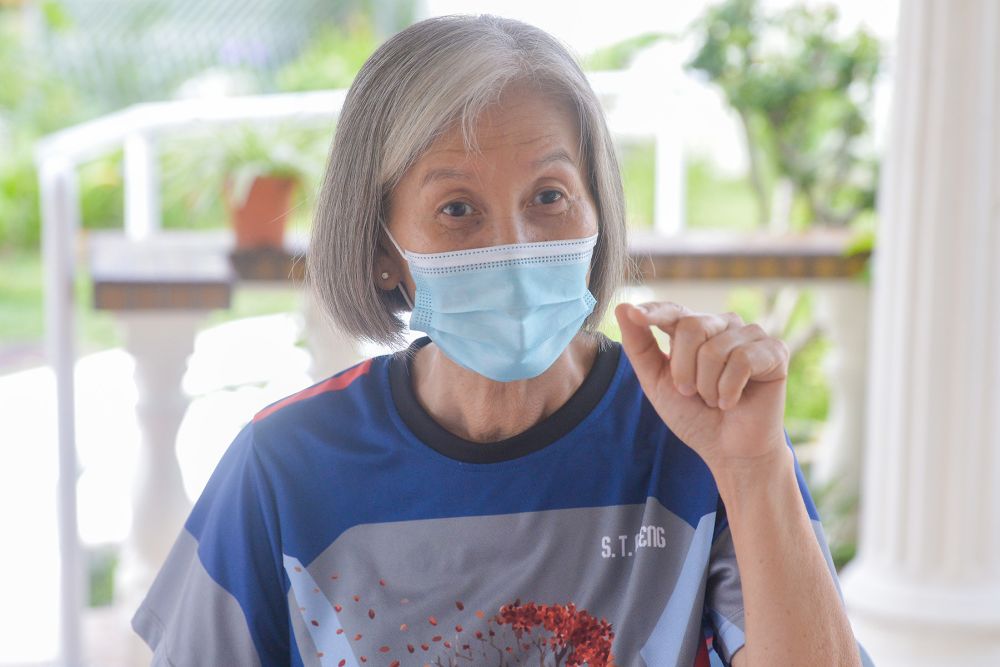 Cheng said if the patients are left at home, they often spend their time sleeping or sitting by themselves which may worsen their condition.

However, at the centre, they engage in various activities such as exercising, colouring and singing to keep them occupied.

“It just needs a lot of patience and time which many caregivers may not have due to work and family responsibility.”

Cheng said they know that they can’t reverse the patient’s condition but what they hope to achieve is to slow their progress and make sure they have a good time at the centre.

“The goal is to see them happy.

“We want them to have quality time, while giving the caregiver the much-needed break.”

Cheng said one of the major challenges of Alzheimer’s disease and dementia patients is their short memory lapse period.

“They tend to forget things quickly.

“But after all, that’s how they are and we have to educate ourselves about the disease and be able to manage them well.” 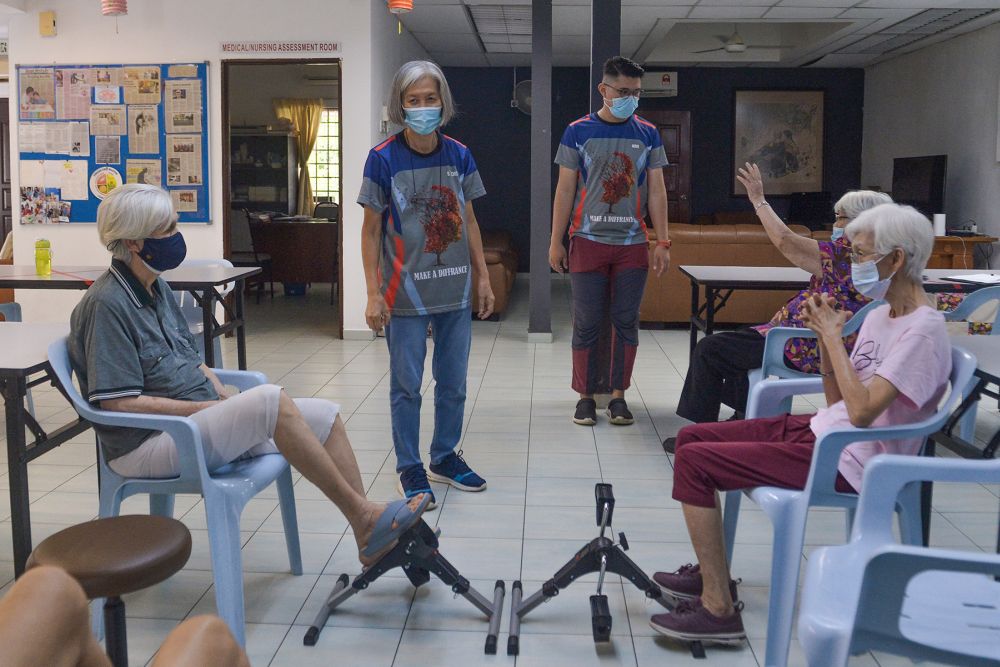 Nurses try to engage with the elderly during the morning exercise. – Picture by Miera Zulyana

Life in the shoes of an Alzheimer’s disease patient

At the centre, Malay Mail managed to engage with a 75-year-old who has been living with Alzheimer's disease since 2013.

The retired father-of-four has been going to the day-care centre since March 2020 after he had a fall that affected his physical condition.

When asked about his past, he shared his memory about his hometown in Penang and when he was transferred to KL to work as a school teacher.

However, he seemed quite puzzled when he was asked to share about the recent events in his life.

According to Cheng, his Alzheimer’s disease condition seems to be getting worse with age, causing him to have a shorter memory lapse.

The situation in Malaysia

With Malaysia’s growing ageing population, a larger elderly population is expected to be at risk of developing Alzheimer’s disease and dementia over the next few years.

According to a report by Statista, Malaysia is expected to have about 590,000 of its people living with dementia by 2050.

A recent study also found that the prevalence of dementia among older adults aged over 60 years in Malaysia was found to be 8.5 per cent with a higher prevalence among females, those with no formal education and those living in rural areas.

According to ADFM project director CS Gan, presently there are 261,000 people living with dementia in Malaysia.

However, he said there are possibilities of having many undiagnosed cases in the country.

“Looking at the ratio of our ageing population, we can expect to reach 580,000 in 2030, which would be 20 years earlier than what the World Health Organisation (WHO) had projected earlier.”

To address the growing issue, Gan said the government drafted Malaysia’s National Dementia Action Plan 2020-2030 in 2019 but its implementation was put on hold when the Covid-19 pandemic started.

“Well, after that the focus shifted to the pandemic and the action plan is still a mere draft.

“We hope the government will implement the plan to help mitigate the growing number of dementia cases in the country.”

According to Gan, the action plan consists of seven goals to look at dementia from various aspects such as the healthcare system, the community, lifestyle and dissemination of information.

Gan said at present, there are several non-governmental organisations (NGOs) and centres to help those living with Alzheimer’s disease or dementia.

However, he noted that a comprehensive action plan is much-needed to look at the disease and its challenges from various angles.