Danker’s debut novel transforms Kuala Lumpur into a dystopian wasteland. — Picture courtesy of Stuart Danker and Epigram Books
Follow us on Instagram, subscribe to our Telegram channel and browser alerts for the latest news you need to know.
By TAN MEI ZI

PETALING JAYA, April 27 — Stuart Danker has come a long way since he gave up a cushy day job as a Malaysia Airlines content manager to devote himself to fiction writing.

He has delved into several lines of work before becoming a novelist, including copywriting, hairdressing, insurance sales, auditing, and roadie work.

Despite his colourful resume, the 38-year-old still harboured dreams of penning a full-fledged novel.

It wasn’t until a chance meeting with former Malaysian Writers Society president Gina Yap that he decided to take a leap of faith and become a full-time author.

“(Yap) told me that the odds were significantly against English writers from Malaysia, particularly those who write sci-fi.

“And for some weird reason, that made me want to do it even more. I didn’t really have much when it came to confidence though.

“All I had was this intense desire to do something I’ve been wanting to do for eight years, and that was to just finish my first danged novel,” Danker told Malay Mail.

His efforts have paid off as his cyberpunk novel Tinhead City, KL was longlisted for the Epigram Books Fiction Prize 2020, an achievement that was nothing short of remarkable for a debut author.

Danker said he remembers the day he received the good news with vivid clarity.

“I didn’t expect much out of my submission, and I thought it was every writer’s rite of passage to get rejected like four dozen times before getting their foot in the traditional publisher’s door.

“So, to receive that acceptance email was one of the greatest things that’s ever happened to me.

“I often doubt my own work, so I was pretty stoked that someone actually wanted to read — and publish — my novel.”

A cyberpunk vision of KL In ‘Tinhead City, KL’, a teenage dealer is forced to reckon with a brave new world where constant surveillance and totalitarianism go hand-in-hand. — Pixabay pic

A year before the Covid-19 pandemic hit, Danker was in the thick of writing Tinhead City, KL, in which the streets are patrolled by all-seeing cyborgs that mete out capital punishment at the slightest offence.

Fast forward to 2021 and Danker’s world seems oddly prophetic as tracking our every move outside our homes has become part of the new normal, albeit it in the name of public health.

Danker said he never imagined that his fiction would match up so closely with reality.

“I just wanted to capture a particularly hopeless scene in a generic city, somewhere in the future.

“Even though I wrote Tinhead City, KL like a year or so before the pandemic, I never actually thought I’d see a day where our every movement is tracked, especially when it’s required by the law.

“Constant surveillance has always been one of the main themes in cyberpunk fiction, so I never really gave it much thought (until the pandemic happened). And now I’m scared,” he joked.

Tinhead City, KL, which hit the shelves this month, follows 19-year-old protagonist Zachary Ti as he fights to evade capture after accidentally killing a pair of surveillance cyborgs, colloquially known as tinheads.

The story is set in a metropolis known only by the acronym KL, a place whose former glory has been tainted by the machinations of a faceless corporation that has every citizen under its thumb.

Danker’s love for cyberpunk began at a young age with old-school video games like Syndicate and Deus Ex.

The futuristic setting in films like Alien, The Running Man, and The Matrix further cemented his fixation for the genre which eventually provided the groundwork for his first novel.

“I think I’ve always been drawn to the aesthetics of cyberpunk.

“There’s just something about neon cityscapes and oppressive powers that do it for me in stories.” 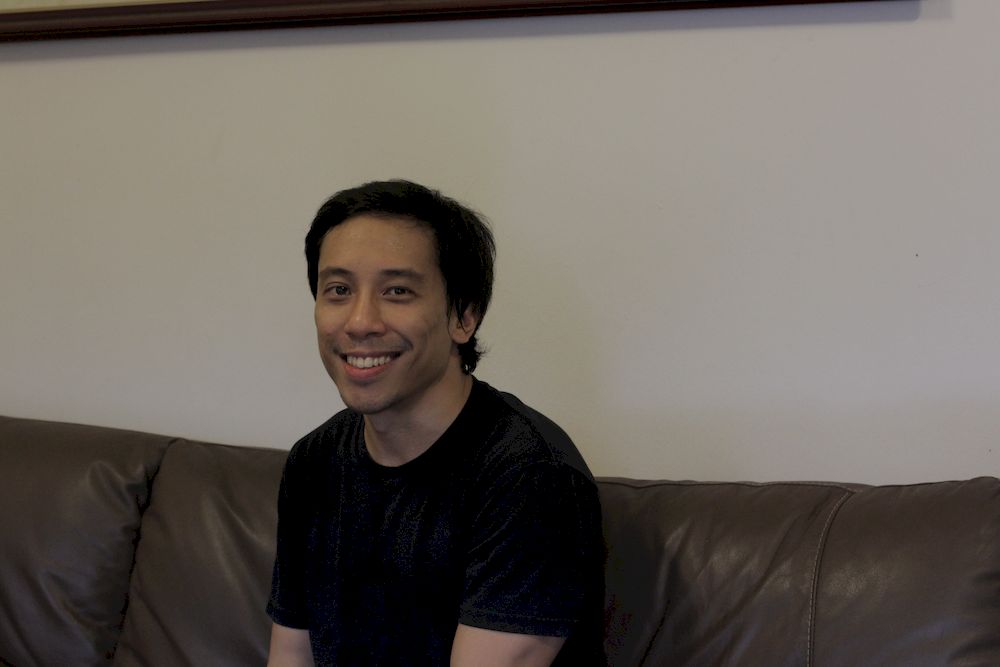 Getting long-listed for the Epigram Books Fiction Prize 2020 gave Danker the motivation to keep chasing his literary dreams. — Picture courtesy of Stuart Danker

Danker, who was born and bred in Kuala Lumpur, didn’t initially intend to write about his home city in his first novel.

It wasn’t until later that he saw how Kuala Lumpur’s modern skyscrapers and rampant highways bear the makings of a cyberpunk world, much like other Asian cities such as Hong Kong, Tokyo, and Manila.

“At first, all I wanted to do was to tell a fast-paced story of some dude trying to make his way through a dark and gritty world.

“Kuala Lumpur does have all the makings of a cyberpunk world, and I wouldn’t be surprised if our city centre would one day resemble the backdrop of Blade Runner or Ghost In The Shell.”

Danker now juggles freelance work in addition to working on his writing projects.

He’s currently fleshing out his fourth manuscript while his other novels make the rounds through publishers and writing competitions.

Find out more about Tinhead City, KL on the Epigram Books website.

You can also keep up with Danker on his blog.