Emma Lou was really excited to see Perry the Bull outside her home. — Picture from Facebook/Birmingham2022
Follow us on Instagram, subscribe to our Telegram channel and browser alerts for the latest news you need to know.
By ANNE GRACE SAVITHA

Birmingham Live reported that Lou, 10, designed the mascot Perry the Bull and was declared winner of a national competition that took place over the summer of 2020.

Lou told the news portal she had a special visit from Perry in her home in Bolton, Greater Manchester and was surprised. 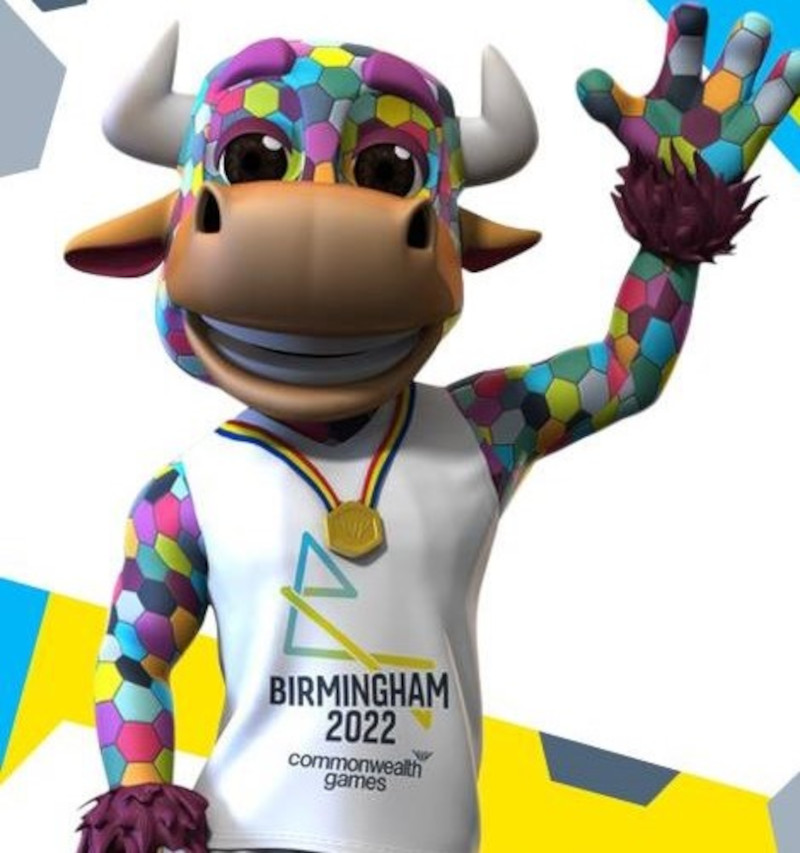 Perry the Bull adorned with patchwork of multi-coloured hexagons. — Picture from Facebook/Birmingham2022

“I feel as if I’m in a dream! I think the mascot is great, he looks so cute.

“I am really excited to come to the Commonwealth Games and it will be amazing to see Perry in the Opening Ceremony.

“I chose a bull because of the Bullring in Birmingham, and I decided to use hexagons because they are the strongest shape and the whole world depends on each other and I am so excited that my design will be seen by so many people,” she said.

BBC reported that Birmingham 2022 Commonwealth Games chief executive officer Ian Reid said that Perry is everything he hoped the mascot would be: bright, colourful, energetic and representative of modern Birmingham and West Midlands.

“From today, Perry is a powerful icon for Birmingham 2022 all over the world, and you will be seeing a lot more of him during the countdown to the games,” he said.

The 2022 Birmingham Games will be from July 28 to August 8 next year that will take place across the West Midlands.