Tse got engaged to Mochi earlier this year, after dating the doll for over a year. — Picture via Facebook/Tse Tin Wing
Follow us on Instagram, subscribe to our Telegram channel and browser alerts for the latest news you need to know.
By MARK RYAN RAJ

PETALING JAYA, Jan 29 — A man from Hong Kong has decided to spend the rest of his life with a sex doll.

Tse Tin Wing, 36, who lives with his parents, got engaged to his doll Mochi earlier this month in a small ceremony attended by friends and family, as he said that she is “easier to date” than a real woman.

The Sun reported that Tse first learned that he was attracted to dolls about 10 years ago after spotting one at a store in Hong Kong’s retail district and finally got his own doll in late 2019 after ordering one from mainland China.

Tse has also showered his bride-to-be with lavish gifts such as an iPhone 12 Pro Max since they started “dating”. 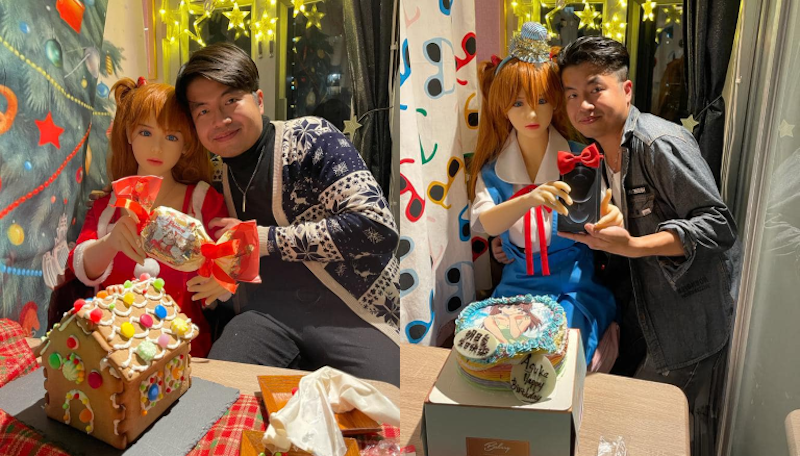 He even buys her pretty clothes to wear for their couple photos, as he often styles Mochi to look like his favourite anime character Asuka Langley Soryu from Neon Genesis Evangelion.

Mochi currently owns more than 20 sets of expensive clothing and 10 pairs of shoes.

Tse even claims that he has never “violated” Mochi as he’s too afraid of damaging her and even refrains from kissing her over fears that he will ruin her sensitive skin.

“I respect Mochi and only want her as a companion. I have had human girlfriends before but I am only attracted to dolls now. I have never had sex with her.”

It seems as though their relationship is really blossoming as well, as Tse recently revealed on his Facebook page that he and Mochi have added a new member to their family — a baby doll.

He uploaded a series of family portraits onto his page, as he and Mochi can be seen lovingly cradling and feeding their new daughter.

Tse also said that Mochi sits in a chair by his bed every night while he sleeps and that he bathes her with a damp cloth and applies talcum powder on her after. 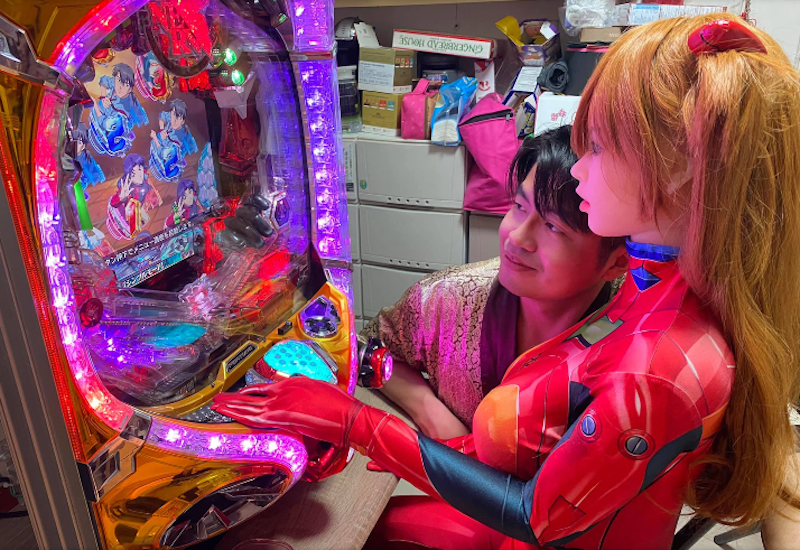 He even plays video games with the doll. — Picture via Facebook/Tse Tin Wing

He even posts videos of their date nights online, where they play video games, watch TV and even celebrated New Year together.

The 36-year-old added that he gives Mochi his undivided love and attention as she’s easier to date than his past girlfriends.

“When my previous girlfriend and I were together, she was always staring at her phone. But with Mochi it’s different. She will concentrate and give me all her attention.”

His love for the doll is so intense that the manufacturer of Mochi even invited him to the factory and presented him with an extra silicone head as a gift.

“Ever since she came home and lived with me for more than a year, it has never been stressful, it’s always happy.”

Tse isn’t the only one who has recently declared their love for their silicone partner as a bodybuilder from Kazakhstan did something similar in November last year.

Yuri Tolochko married his sex doll Margo in a traditional ceremony last year that was complete with marriage officiant, guests and even a romantic first dance.