Taiping Zoo and Night Safari announced that Laroot was delivered by its mother Taiping on Dec 30, 2018. — Zoo Taiping pic
Follow us on Instagram, subscribe to our Telegram channel and browser alerts for the latest news you need to know.
By SYLVIA LOOI

TAIPING, July 22 -- The stork has been kept very busy of late with its multiple deliveries at Taiping Zoo and Night Safari (ZTNS).

In a statement today, the zoo announced red dhole pups and orang utan babies had joined the zoo’s line up.

“Four red dhole pups were born on December 31. With this, the zoo now has 15 red dholes,” it said.

The pups were from a pair of red dhole that was donated to ZTNS by Melaka Zoo in 2015.

“Now, the cubs are left with their mother at their hiding place within their display cage to let them feel at ease,” said the zoo. 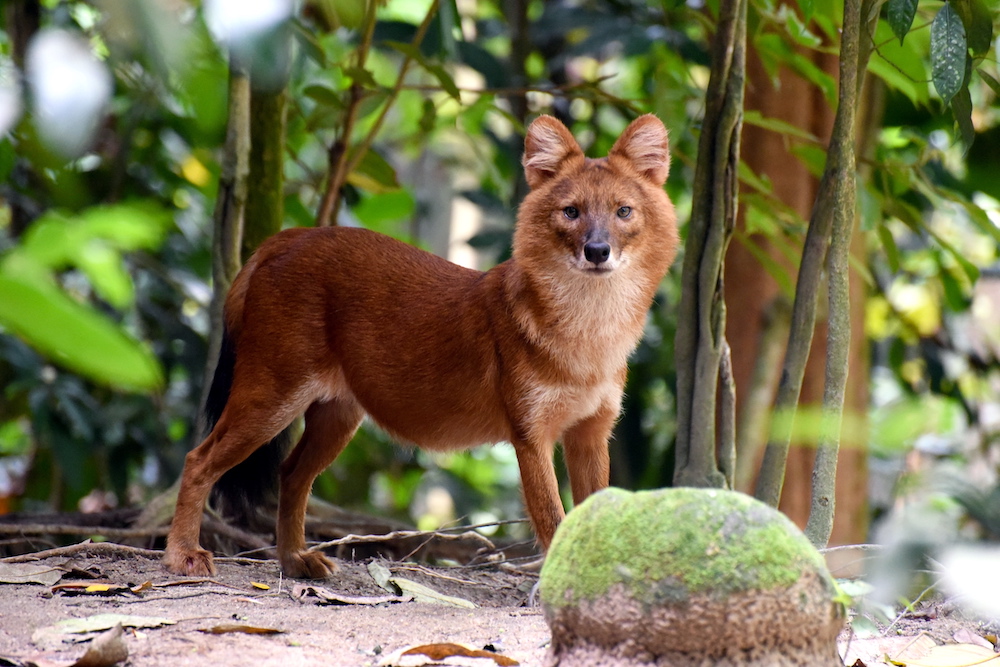 As for the orang utan, the zoo said the first baby was born on December 23 while the second baby was delivered on February 5.

“The first baby was born to nine-year-old Katarina while the second baby was delivered by 18-year-old Wasabi,” the zoo said, adding that the babies were the offspring of male orang utan named Veera, who has been on loan from Singapore Zoo since March 2016.

With the two elephants, the zoo now has seven cows and three bulls.

In May, the zoo announced it had successfully bred the endangered milky stork.

The birds had made 12 nests in the zoo and four of them have shown hatchlings.