A Japanese company experimented with meeting up in Animal Crossing to see how it would fare against conventional video conferencing apps like Zoom. — Picture via Pexels and Twitter/animalcrossing
Follow us on Instagram, subscribe to our Telegram channel and browser alerts for the latest news you need to know.

PETALING JAYA, April 14 — Companies looking for a fun alternative to video conferencing platform Zoom may want to turn to the world of video games for inspiration.

The editorial team for Japanese news portal Livedoor recently experimented with hosting a work meeting in the simulation game Animal Crossing: New Horizons, which allows players to adopt the role of a customisable character who builds a community on a deserted island.

Livedoor’s editor-in-chief is an avid fan of the Nintendo Switch game and suggested the idea to the team, based on a report on its website.

It took three days for the boss to build a “conference room” on the island before inviting other colleagues over by exchanging alphanumeric codes that would allow them to meet in the virtual world. 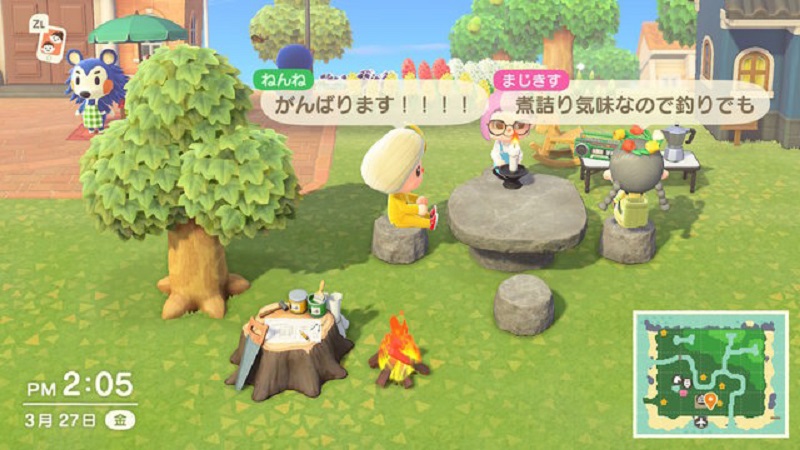 The team got to work almost immediately but not before going for a quick run to explore the island. — Screengrab via Livedoor’s website

They hashed out their discussions in three “meeting rooms” overlooking the world’s cute and idyllic backdrops, including a beautifully landscaped garden and a rocky seaside picnic area.

While brainstorming for ideas, the workmates decided to go on a quick fishing trip in the game to search for inspiration.

Livedoor’s writer then weighed out the pros and cons of using Animal Crossing for work purposes, stating that it was definitely more lively and entertaining than platforms like Skype, Discord, and Slack. 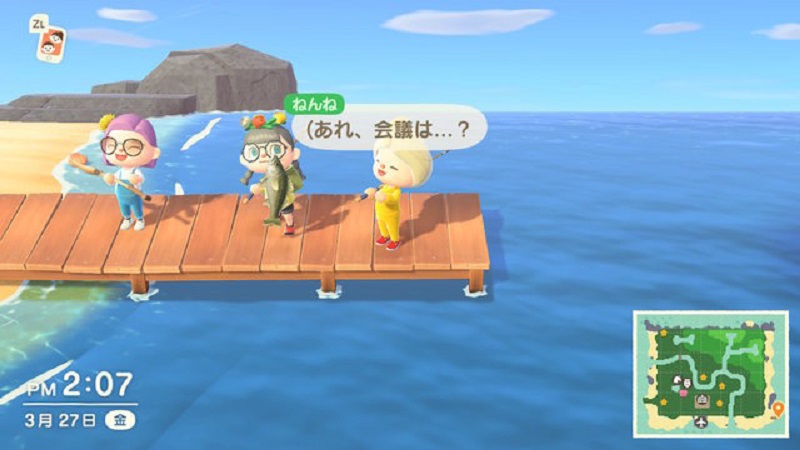 The three colleagues managed to sneak in a quick fishing trip while brainstorming for ideas. — Screengrab via Livedoor’s website

Some of the obvious disadvantages were the inability to send file attachments or have private one-to-one conversations for the exchange of confidential information.

As the in-game meeting only involved three people this time, Livedoor’s writer warned that larger gatherings on the island with more colleagues could turn chaotic with too many characters to keep track of.

Despite the challenges, the writer said it was still fun to explore Animal Crossing’s island paradise with their colleagues in a time where many people are forced to work from home due to the ongoing pandemic.

Animal Crossing: New Horizons has been enjoying explosive popularity after it was released during the Covid-19 crisis, with many players using the game as a comforting escape from reality while practicing social distancing at home.