Fendi cycled over a kilometre to catch on to Yunizam’s distribution van to ask for food for his family. — Photo courtesy of Facebook/ Abam Botak
Follow us on Instagram, subscribe to our Telegram channel and browser alerts for the latest news you need to know.
By By Arif Zikri

SANDAKAN, April 3 — A young father literally went the distance to feed his family — chasing an aid distribution van on a bicycle.

Fendi, a 28-year-old father of two, is among those affected by the Movement Control Order (MCO) after the fish-ball factory where he worked had to be temporarily closed down.

According to Persatuan Generasi Prihatin Sabah manager, Yusnizam Yusop, Fendi approached him  Monday while they were distributing food supplies in  Kampung Sundang.

“I would like to ask for some help sir. I heard that you are distributing supplies, can I ask some for my wife and kids at home, please?,” he pleaded,” shared Yusnizam.

“There’s nothing to eat at home, please dear sir I beg of you.” 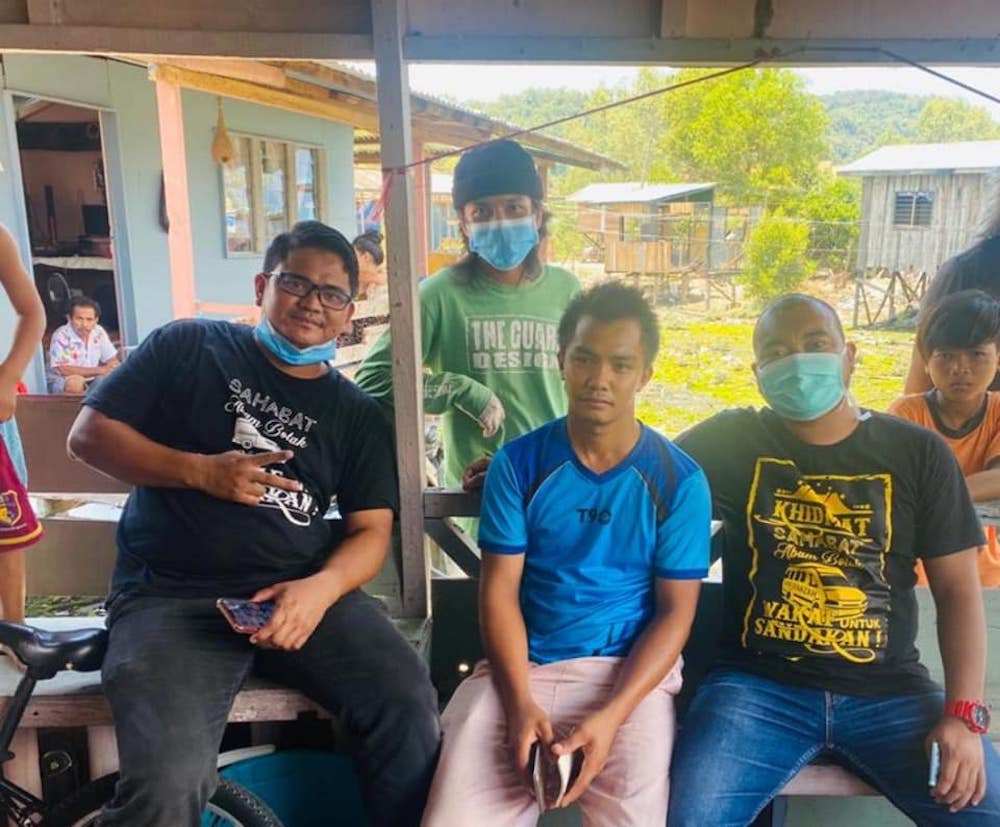 Yunizam (on the right) along with his distribution team with Fendi (middle) at his home. — Photo courtesy of Facebook/Abam Botak

Fendi had cycled from Kampung Bakau, about 1.5km away, to catch up with Yunizam and the  distribution van.

The charitable organisation however was unable to help that day as the supplies reserved were for another needy family.

“If we give him the supplies on that day, what about the family who were meant to have it in the first place? We felt guilty as if we had sinned for rejecting his request,” said Yusnizam.

“Before he left, I passed him my contact number so that we could find some donations for him and his family.”

The following day, Yunizam and his distribution group managed to put together some food supplies, and  sent it to Fendi and his family.

Fendi’s wife is still recovering from her caesarean after delivery of their second child.

According to Yunizam, who shared the story of Fendi on his Facebook page, many had come forward and offered to help Fendi by asking for his phone and account number. 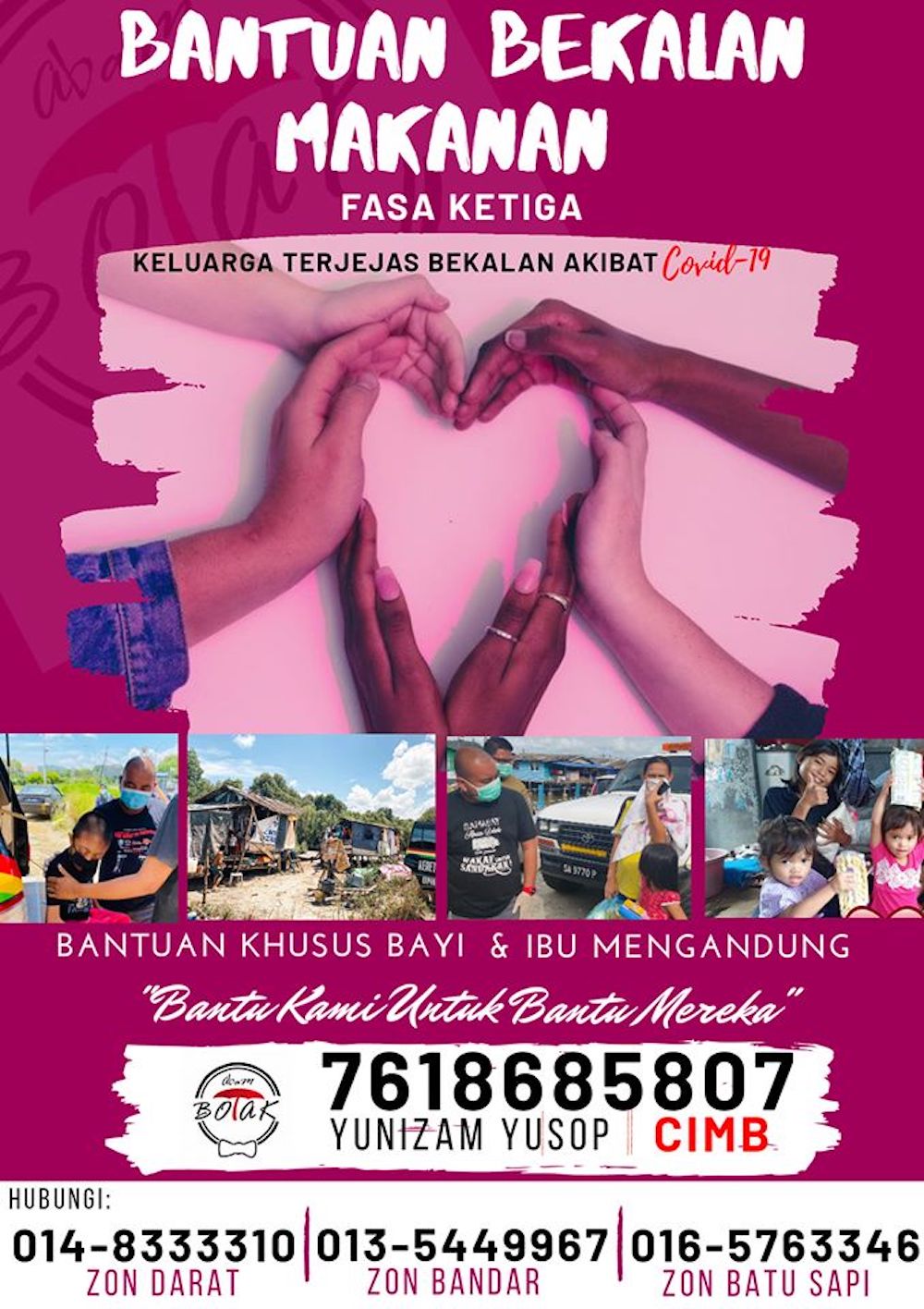 The organisation is seeking more donations to help more families affected by the MCO. — Photo courtesy of Facebook/ Abam Botak

The Persatuan Generasi Prihatin Sabah has been operating since 2014 and has received distress calls from as many as 1,500 families affected by the MCO.

According to Yunizam, they are hoping for more donations as the amount of people asking for help with food supplies has been overwhelming.