All Raphael’s tapestries return to Sistine Chapel after centuries

A tapestry designed by Renaissance artist Raphael is installed on a lower wall of the Sistine Chapel at the Vatican as part of celebrations marking the 500th anniversary of his death in this handout photo released February 17, 2020. — Governatorato SCV © Direzione dei Musei handout pic via Reuters
Follow us on Instagram, subscribe to our Telegram channel and browser alerts for the latest news you need to know.

But the creator of those masterpieces is Raphael, Michelangelo’s Renaissance contemporary and rival, so the Vatican has made an exception for a brief stay.

For the first time in centuries, all 12 tapestries designed by Raphael have been hung on the lower walls of the Sistine Chapel as part of celebrations marking the 500th anniversary of the artist’s death.

“They were conceived for this space and so we thought it was the best way to celebrate,” Barbara Jatta, director of the Vatican Museums, told Reuters.

The tapestries, which were weaved in Brussels by the famed studio of Pieter van Aelst from Raphael’s sketches, depict scenes from the Acts of the Apostles, such as The Stoning of St Stephen and St Paul Preaching in Athens.

For the next week, they are back in the Sistine Chapel, where they were between the time Michelangelo finished painting the ceiling in 1512 and when he began painting the massive Last Judgment wall behind the main altar in 1536.

All 12, made with silk, wool and gold and silver thread, have been painstakingly restored by Vatican Museum conservationists in the last 10 years.

“This place is of universal importance, not only for visual arts but for our faith,” Jatta said, standing in the Sistine Chapel. “So we really want to share this beauty with people, even if only for one week”.

Seven of the tapestries, commissioned by Pope Leo X, were hung in the chapel on St Stephen’s day, December 26, 1519. Raphael was probably there to see them but he died four months later at the age of 37. The others were finished after his death.

“The last record that we have of all of them being hung in the Sistine is from the late 1500s,” Alessandra Rodolfo, the curator of the exhibition, told Reuters. For the first time in centuries, all 12 tapestries designed by Raphael have been hung on the lower walls of the Sistine Chapel as part of celebrations marking the 500th anniversary of the artist’s death. — Governatorato SCV © Direzione dei Musei handout pic via Reuters

Previous exhibitions, some of which lasted only a few hours or a day, included only the 10 larger tapestries, some measuring about six by five metres. Two of the 12 are narrow and hung vertically as borders.

A selection are normally on display on rotation behind glass in climate-controlled spaces in the Vatican Museums.

The Vatican Museums’ conservationists and restorers allowed all 12 of the delicate tapestries to be put on show at the same time for only a week, in part to protect them and in part because some will be on loan to other museums.

One will be going soon to Rome’s Quirinale Palace’s Scuderie museums and another will be going to the National Gallery in London later this year.

“It’s exactly what Pope Francis is asking us, which is to share and to be a museum open to everybody and to share our beauty,” Jatta said. — Reuters 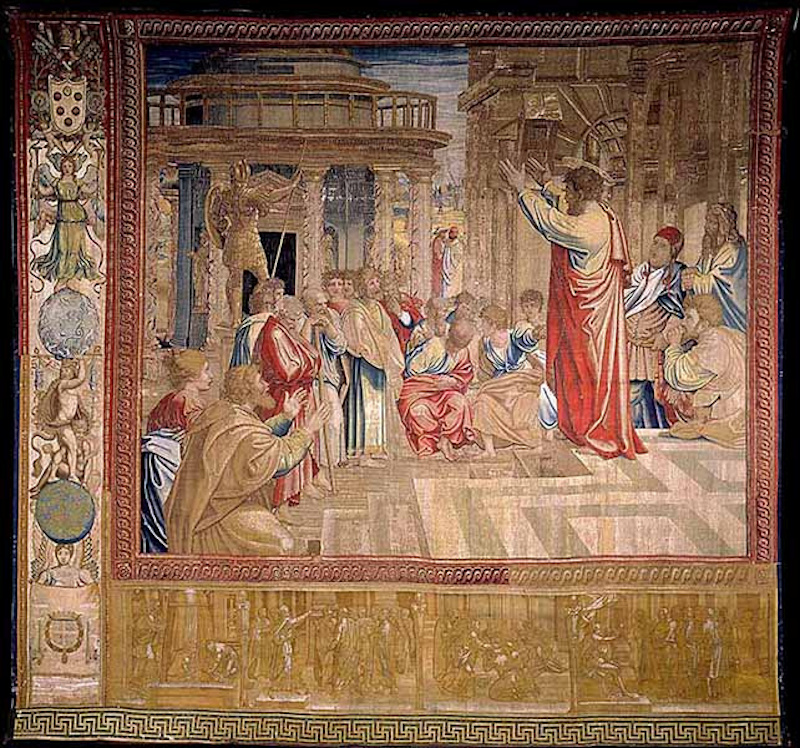