For reasons unknown, many young kids try to show off their riding prowess as they glide on highways doing a ‘Superman’ pose on their bicycles. ― Screengrab via Youtube
Follow us on Instagram, subscribe to our Telegram channel and browser alerts for the latest news you need to know.
By MARK RYAN RAJ

PETALING JAYA, Sept 17 ― As you drive down the highway, the last thing you’d expect to see is a kid riding his bicycle.

Bicycles aren’t supposed to be on a highway, or at least, a kid riding a “basikal lajak” (modified bicycle) without a helmet isn’t.

For some reason, however, these sightings are becoming a regular occurrence, as young kids often try to mimic the tricks and stunts pulled by “Mat Rempit”, but on their souped-up bicycles.

Twitter user, “khey.amir”, who goes by the handle “@Thehulkey”, experienced this situation when he saw a group of young kids doing the “Superman” pose on their bikes as they strolled down the PLUS highway last week.

The 50-second long video showed the group of kids dangerously riding their bikes on the third lane of the highway ― in the middle of ongoing traffic.

Khey.amir was infuriated with their antics, considering that there have been many cases of kids getting run down on the highway, as the writer captioned the post with a long and detailed rant.

“You’re on the highway and you’re playing with your basikal lajak. Well done!,” khey.amir wrote.

“Please keep an eye on your kids before they get run over.”

The writer added that these kids should be “slapped” and chided for their stupidity before something unfortunate happens, as in most cases when a kid on a modified bike is hit on the highway, the driver of the vehicle ends up getting sued. 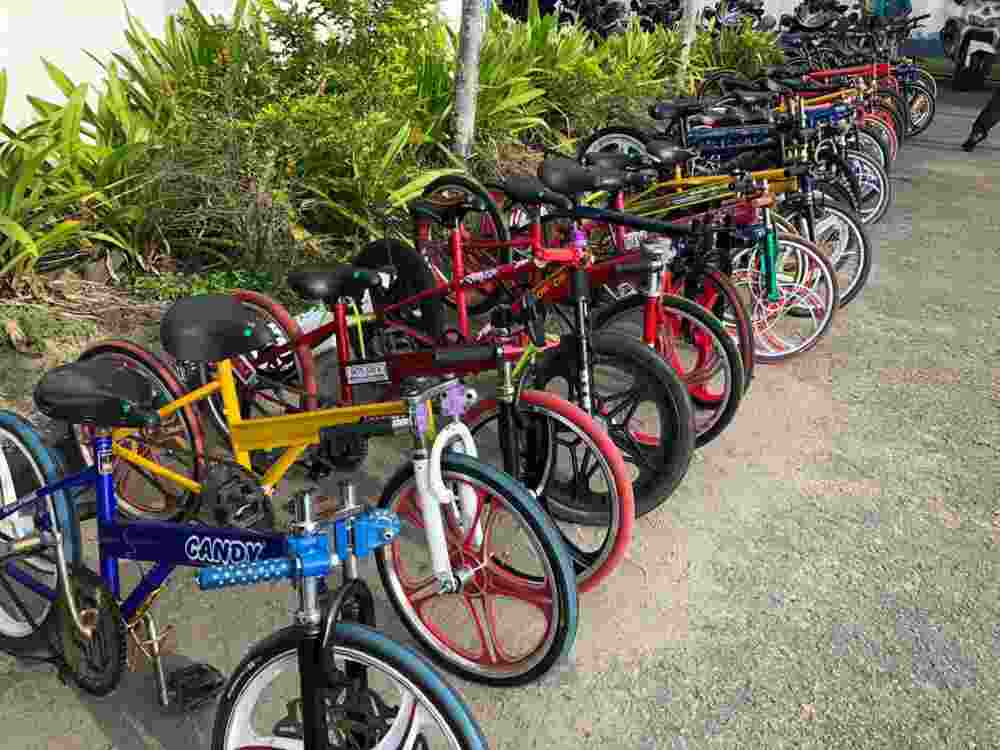 These are the ‘basikal lajaks’ that the wannabe ‘rempits’ spend all their allowance on. ― Bernama pic

“When they are being irresponsible like this, give them a slap!”

“If they get run over, everyone will say the driver is a killer, but they are the ones asking for a death wish!”

Social media users have also shared in khey.amir’s displeasure as the post has been shared over 2,000, with over 900 likes, as users were keen to pile on the hate for these “wannabe rempits”.

Social media users, like many motorists, are clearly unhappy with the antics of these young kids. ― Screengrab via Twitter/Thehulkey

Many users said that these “basikal lajak” kids were “getting dumber” for riding on the highway, as there were more appropriate and safer places for them to do their tricks.

Other users added that the kids don’t listen when they’re being scolded, and proceed to spend hundreds of ringgit on to modify their bikes.

“They always say, ‘It’s our money, it’s up to us if we want to modify our bikes, we are willing to take the risk, if we die, that’s on us’,” wrote a user.

Another user said that Malaysia should just ban modified bicycles and that parents should dispose of them if their child has one.

“Parents, if you see these types of bikes at home, just destroy it and throw it away,” wrote the user.