Twitter user Jasila Syed looked gorgeous on her friend’s wedding day as she combined both South Indian and Muslim elements into her bridesmaid’s attire. — Picture via Twitter /@jasilasyed
Follow us on Instagram, subscribe to our Telegram channel and browser alerts for the latest news you need to know.
By MARK RYAN RAJ

PETALING JAYA, August 22 — Malaysia is a special country for many reasons. One of the reasons being that we are a country with a diverse cultural blend, as many people from different races and religions live together harmoniously.

This may be because of our respect and admiration for another’s beliefs and customs, as we all embrace and rejoice religious holidays and celebrations as one.

Jasila Syed, 24, also known as Sadqe Saret on her Twitter handle, perfectly exemplified the unity of our nation as she took to Twitter to show off pictures of herself in a traditional South Indian saree during her friend’s wedding day.

Jasila, who was a bridesmaid at her friend’s wedding, mixed it up with her fashion sense as she proudly wore the Keralan saree at the Malayalee wedding last weekend — but stuck true to her roots as well as she paired it with her hijab.

She succeeded in integrating two different cultures effortlessly as she not only looked incredible in the saree, but also managed to conform with her Muslim teachings as well. 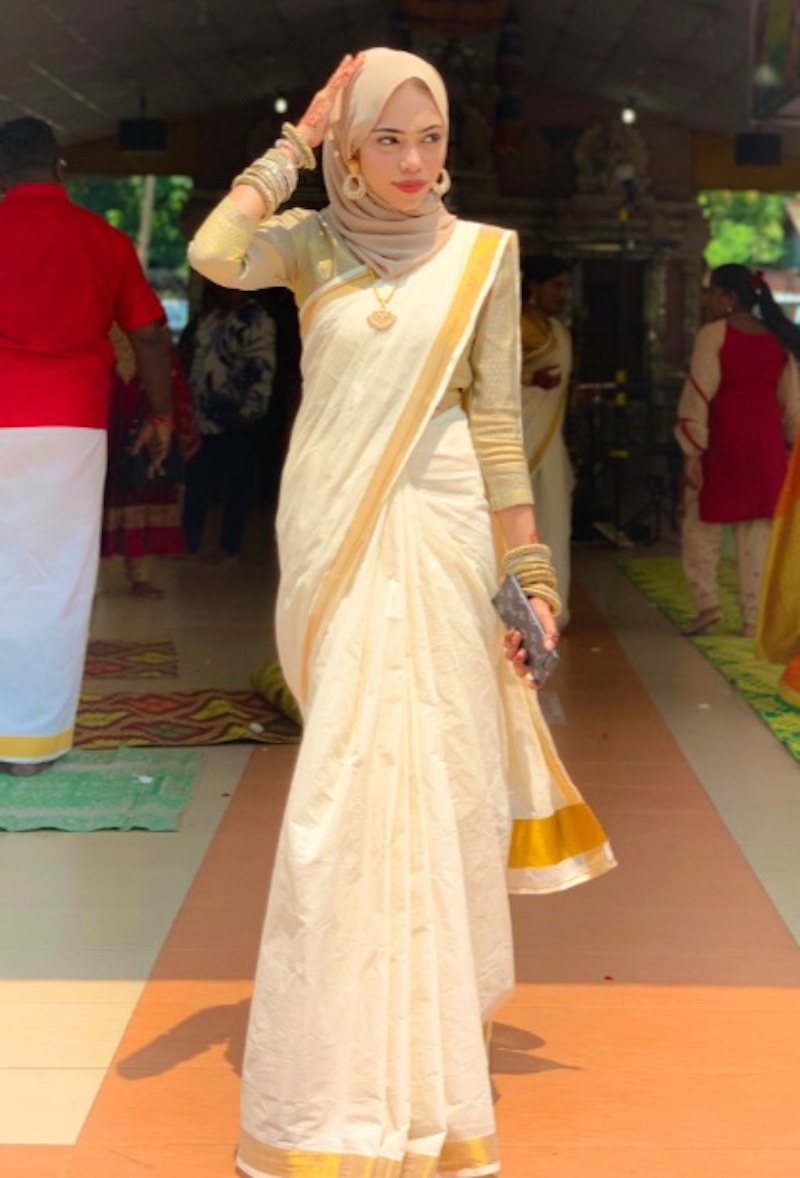 Jasila dressed modestly by wearing a headscarf and long sleeves even though the traditional Keralan sarees are usually worn with a short-sleeved blouse.

Social media users from all over Malaysia were in absolute awe of her beauty with many comments of love and respect for the 24-year-old. Many commented on how beautiful she looked in the saree, with one user who is a Malayalee herself praising Jasila for rocking the look, saying:

“I’m a Malaysian born Malayalee and I’m so proud of you for wearing our traditional saree and rocking it! Lots of love and respect for you!”

Another user was particularly awestruck as he said that “the people of Kuantan must be blessed with your presence”.