PETALING JAYA, May 11 — It's not easy to get a good version of mee Jawa in the Klang Valley.

What you're looking for is one that has a gravy that balances out the sweet, spicy and sour flavours to make it so appetising that you will eat it all up with the noodles. Hence an empty bowl is testament to its deliciousness.

Opened about a year ago, this stall is run by Butterworth native Loo Hwei Fang. There's mee Jawa and prawn mee. However they don't offer any kuey teow soup as per the signage

There's definitely a "wow" factor when your bowl of mee Jawa arrives at the table. You have the crackers fanning the noodles on the side. And yes, the noodles are drenched generously with the sauce until you can't even see the yellow strands.

Crowning the noodles you have lettuce and chopped toasted peanuts. Since I could order an add-on such as sotong, pork rib, prawns or crispy pig skin, I opted for sotong which is placed on top.

As you toss your noodles in the not overly thick sauce, you discover tiny prawns, bean sprouts, sliced hard boiled egg, beancurd and potato. It becomes a treasure hunt of sorts.

These are just sidekicks to the show as the main star is that appetising gravy, you want to just drink up. 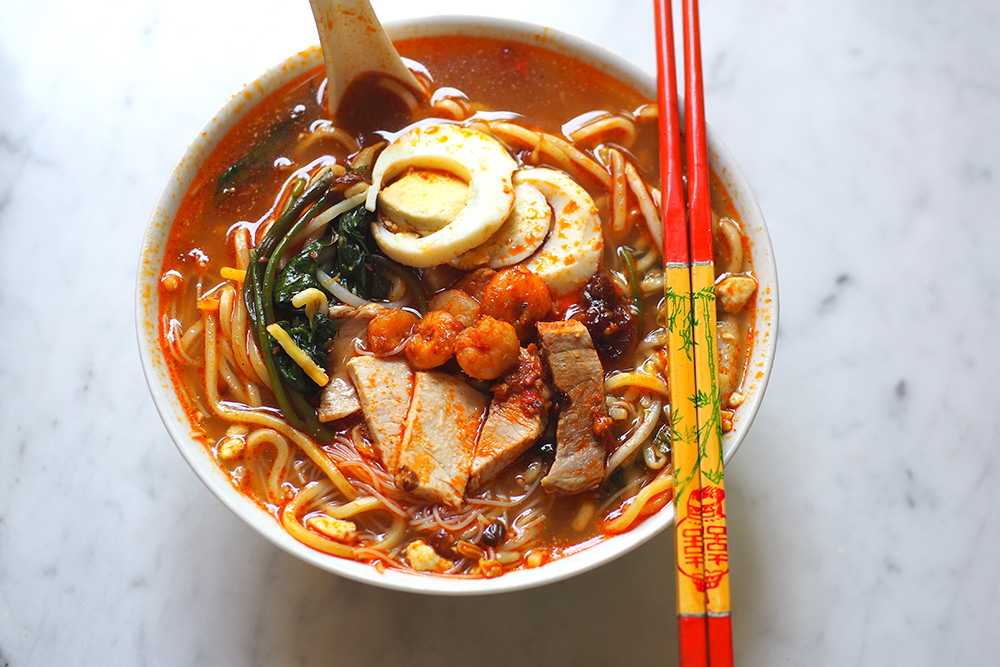 Prawn noodles served here has a good prawn broth with a slight spicy edge that you won't mind drinking up.

Since I don't eat overly spicy food, the flavours are just nice for me. However, if you prefer a spicier version, you need to ask for sambal on the side as that's not served with it.

I spotted another customer asking for the sambal and it made me realise that can be added too.

You get two different textures for your meal. The crackers give a nice crispy contrast when dipped into that sweet and slightly spicy tomato based sauce.

I also like how they squeezed a little calamansi juice over the gravy and noodles that gave it a slightly tangy edge. 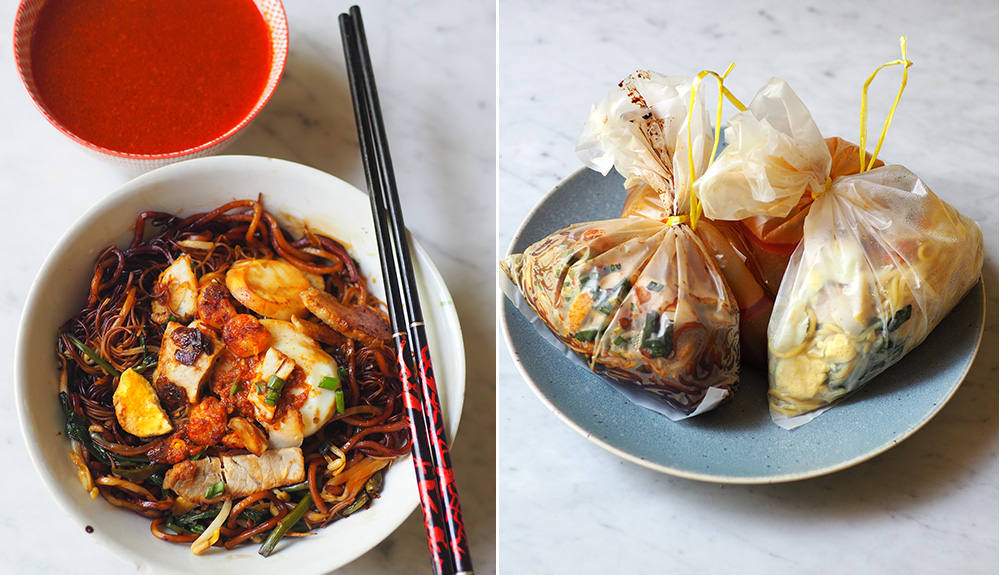 You can also opt for the dry version of prawn noodles where they use dark soy sauce to toss the noodles with and paired with a bowl of prawn broth (left). If you love 'sambal', remember to ask for it for your takeaway as it's not given unless you ask for it (right).

The mee Jawa is RM7 for a small portion and RM8 for the big portion. As I added sotong, it was an additional RM3.

Since I wanted to sample their prawn mee, I decided to take away the two varieties. While the highlight of this stall is definitely their mee Jawa, the prawn mee with the broth was pretty good and satisfying. The broth has a distinct prawn taste with an underlying spiciness.

What's interesting with my takeaway is they don't give you sambal on the side like other stalls. So it's best you ask for it, should you prefer a little more heat in your food.

The dry version is good if you don't want to swelter in the heat. The flavours that dominate your bowl of noodles is more the dark soy sauce. Just drink spoonfuls of the prawn and pork broth on the side for added umaminess to your meal. 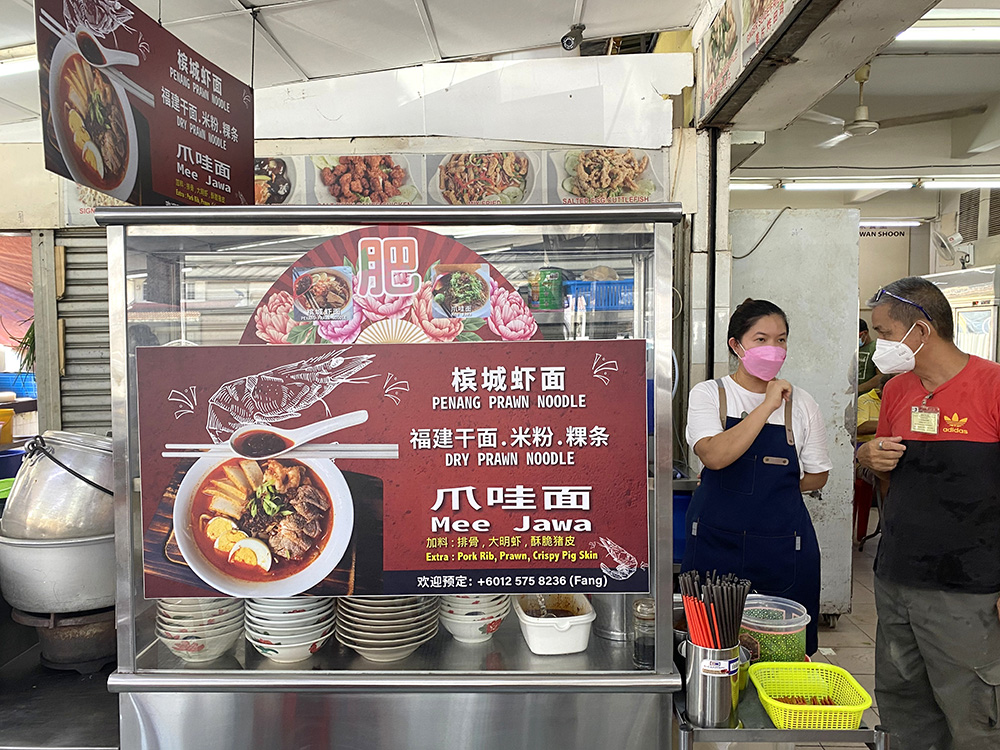 Look for this stall that opened about a year ago at the popular Restoran Wan Shoon.

The noodles are priced at RM7 for the small portion and RM8 for the big.

As this coffee shop is also popular for their curry mee, char kway teow and soy sauce chicken rice, you will be spoiled for choice.