I would, having first tasted them in Bangkok as a street food. Known locally as jing reed, deep-fried crickets are a north-eastern Thai delicacy.

But perhaps that is more of a tourist’s dare.

Weightlifters and athletes may have tried them in the form of protein powder and power bars; when author Tim Ferriss recommended Exo cricket protein bars on his popular podcast, the company ran out of their stock almost overnight.

But what about pure, unabashed whole crickets? As snacks, the way you’d munch on a potato chip or a crunchy vadai?

If this seems harder to stomach, perhaps it is understandable given a natural fear of the unknown. 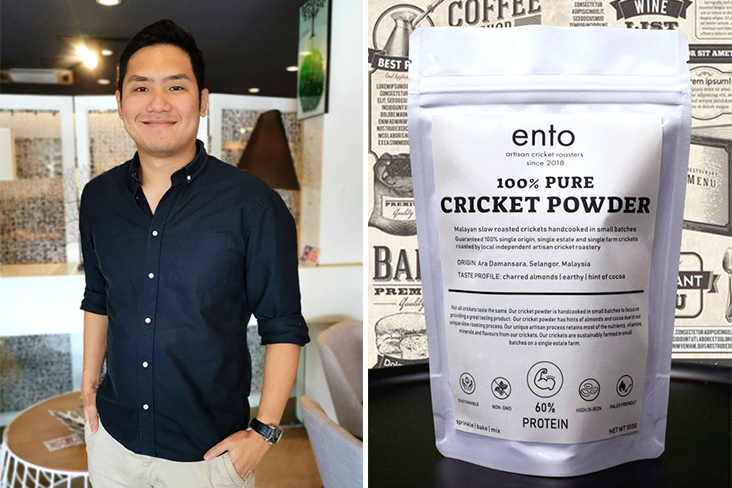 Ento, a Malaysian start-up offering “artisanal roasted crickets”, is hoping to change the unknown into a known, and the fear into a craving.

Twenty something founder Kevin Wu is hoping local consumers (and beyond) will open their tastebuds to entomophagy (i.e. the practice of eating insects).

To help sweeten the deal, so to speak, Ento’s whole roasted crickets are available in consumer-friendly flavours such as Korean Kimchi, Texas BBQ and Singaporean Salted Egg Yolk.

Launched in May 2018, Ento already has hundreds of customers every month according to Wu, so obviously the market is biting.

The PJ-born entrepreneur studied law in the UK before returning to Malaysia but the legal profession wasn’t his true calling, however.

He recalls, “I have been passionate about sustainability and climate change since my college days. By chance, I came across an article citing insects as the future of food. 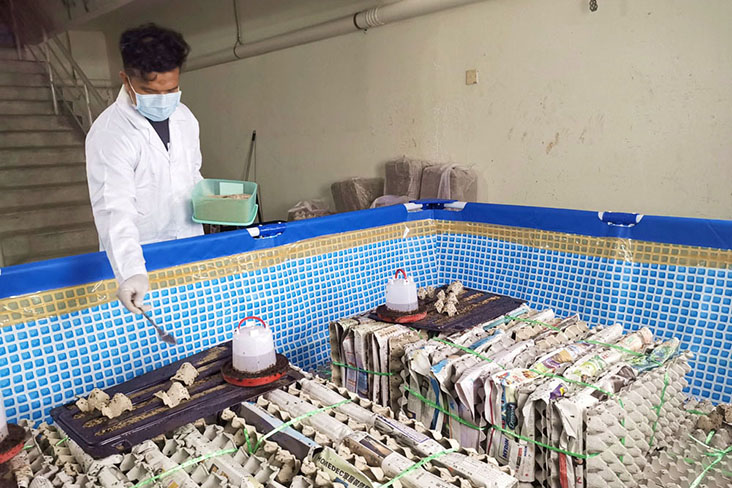 One of Ento’s production team members at its pilot farm

"Much to my surprise, the industry was picking up and entomophagy is becoming a common practice in US and Europe. I felt this was the perfect opportunity to pursue the mission that I truly believed in.”

The first step was setting up a pilot farm. This was far from a straightforward process as Wu explains, “I had to find a suitable place, hire expertise, figure out the science and technicalities behind farming crickets, develop our own supply chain, plan out our internal SOP system, figure out the optimum methods to harvest crickets, figure out how to monetise our products, develop a marketing plan, set a pricing strategy, develop new products, manage our brand, fundraise, etc. I am not ashamed to say that a large part of our operations is still a work in progress!”

Speed to market was crucial: Wu and his team managed to launch Ento’s first product line within nine months after starting, a relatively short space of time.

He says, “Much of what we do is trial-and-error, this is predominantly how we learn here at Ento. Which is why I really admire the start-up culture – try and fail, and then try again. Our process is a marathon, rather than a sprint.”

For now, Ento’s main distribution channels are online-based as theirs remains a niche market. The team estimates that the company serves 100-200 customers each month, with a goal to ramp up production to reach retail customers by late 2019. 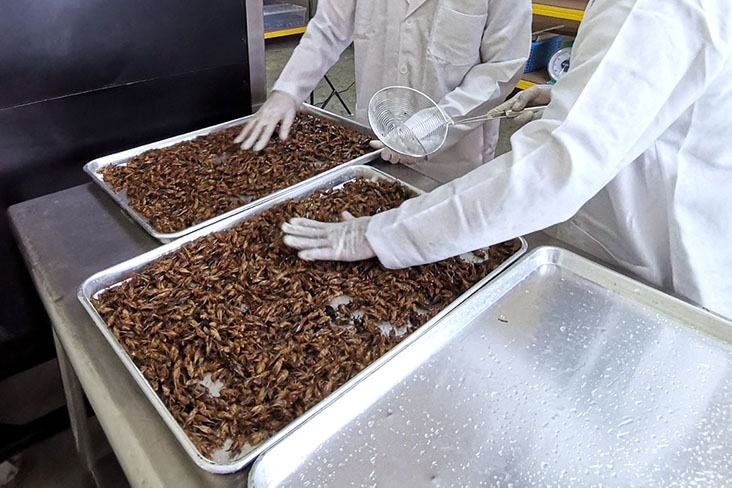 One of the ways Ento has been getting the public to try – and then embrace – their products is charmingly old-school: cricket-tasting booths at various events and markets.

Wu explains, “As with any new products in the early stages, exposure and visibility is crucial. In our case of selling bugs for food, most consumers are still icky about it and simply wouldn’t buy it over the internet from a company that they’ve never heard of!

"We hope that once we’ve gained enough trust and traction, consumers will know who we are and continue to buy from us over the internet.”

The company has since grown from a team of three to an eight-person operation comprising both production and marketing. Ento is still in the pilot phase, having proven their proof of concept and financial viability, and operates out of a 3,000 square feet farm.

Wu and his team are currently actively fundraising to scale Ento’s production up to a commercial level. He says, “We already have committed angel investors who believe in our mission. Once we have secured our first round of funding, we will be able to expand production from 50 kilograms/month to 2,500 kilograms/month, which will make us as one of the largest cricket producers in the world.

"For instance, we will able to supply to insect protein manufacturers in Europe and US, as well as get our products in retail spaces like 7-Eleven Thailand and Amazon.” 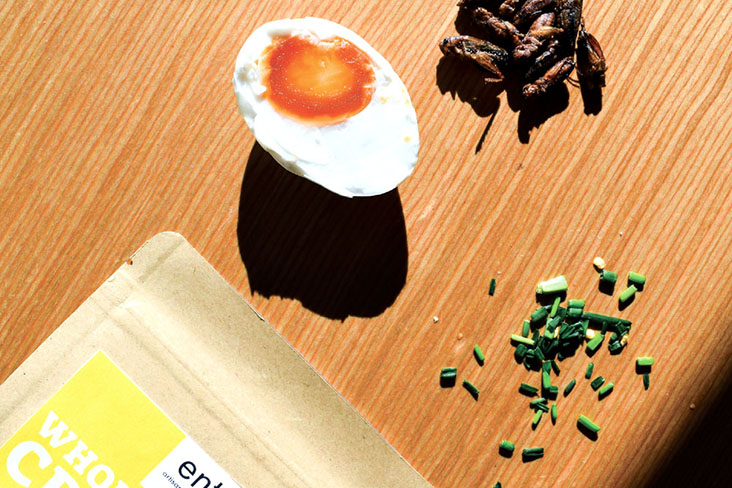 Ento’s ongoing product range expansion aims to incorporate more diversified products such as cricket protein powder. According to Wu, the industry is in its early stages with some early adopters to the entomophagy movement.

He says, “We’ve already built up a following of hundreds of willing bug eaters who believe in our product and mission. Of course, we do get negative feedback like ‘Why bugs?’ and ‘Eww...’ We always listen to our customers and weigh their comments accordingly.”

Such is the price innovators pay for bringing something new to the market. But for every naysayer, there is one or more true believer. And this is exactly how Wu plans to make his dream of sustainable protein a reality: one loyal customer at a time.

Artisanal roasted crickets may sound like an exotic business, but a business it is nonetheless. There are no shortcuts and stumbling blocks along the way are all but guaranteed. Rather than deterring Wu, he is energised by it: “I embrace failure.”

Who knows? One day snacking on roasted crickets with your afternoon kopi O will be so commonplace that it won’t even be worth chirping about. Till then, which would you rather try first – the kimchi flavoured crickets or the salted egg yolk ones?

Find out more about Ento’s artisanal roasted crickets at www.ento.my