TOKYO, March 25 — Sometimes it feels as though the world is at a standstill. But the seasons pass and with them, so does what we harvest and partake of.

Nowhere is this clearer than in Japan where menus switch from autumnal apples and persimmons to the wintry flavours of sukiyaki and oden.

Now it is springtime. A time for rebirth and renewal. A time for sakura; cherry blossoms typically blooming between mid-March and early May in Japan.

And not just sakura; Japanese markets are now flourishing with fresh seasonal produce, from wild vegetables to spring cabbage that is at its crispest after a good winter frost. (A good time, then, to head to a tonkatsu restaurant for the mountains of shredded cabbage to accompany the deep fried breaded meat.) 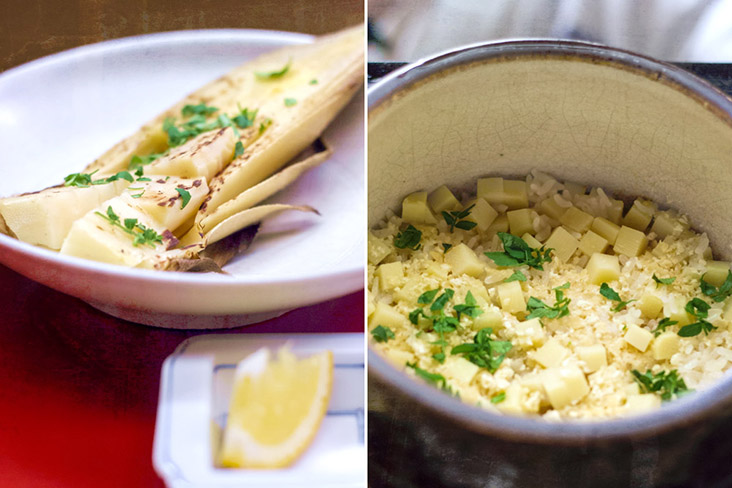 Enjoy bamboo shoots grilled over charcoal or as 'takenoko gohan' (or bamboo rice).

But the prince of all springtime produce is perhaps the humble bamboo shoot. Not the fermented variety or menma, that we enjoy atop a steaming bowl of ramen. No, this is takenoko (Japanese for bamboo shoots) at its freshest and at its best.

At its most basic, you need no further preparation for bamboo shoots than a simple boil and lightly seasoning with shoyu (soy sauce). A bowl of hot steamed rice, and you’re all set.

There is no waiting; keeping the succulent bamboo shoots for too long after they are harvested deepens their astringency. Cooked rapidly just hours — not days! — after being picked, means a sweetness that is the very flavour of spring. 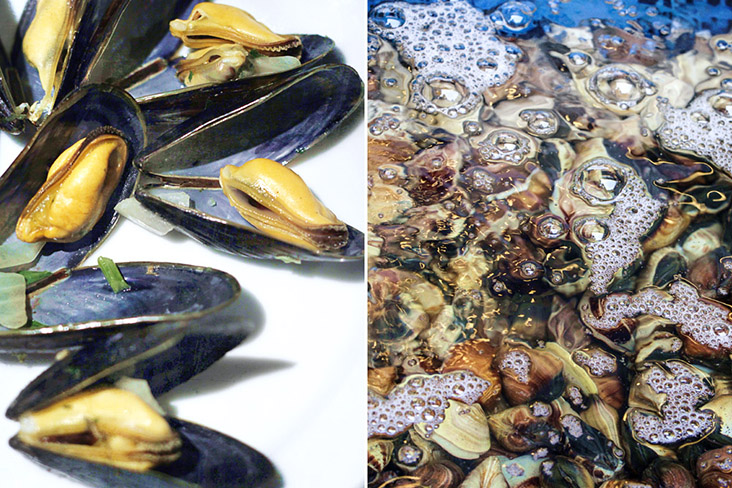 Springtime is the best time to enjoy mussels and clams in Japan.

Fans would argue that the best way to enjoy bamboo shoots is in the form of takenoko gohan (or bamboo rice), where every grain has been infused with its subtle aroma, while others prefer it grilled over charcoal and eaten as is, with only a sprinkle of salt and a squeeze of lemon juice.

It is not only the land that offers up its bounty during spring. The seas are generous too with fish and shellfish alike. Where the latter is concerned, it is the season for mussels and clams; simply steamed in sake or added to miso soup to create an umami-rich broth.

If it is finned creatures of the sea you prefer, then look out for young sardines (shirasu) in March and sea bream (tai) a couple of months after that, when they are spawning. 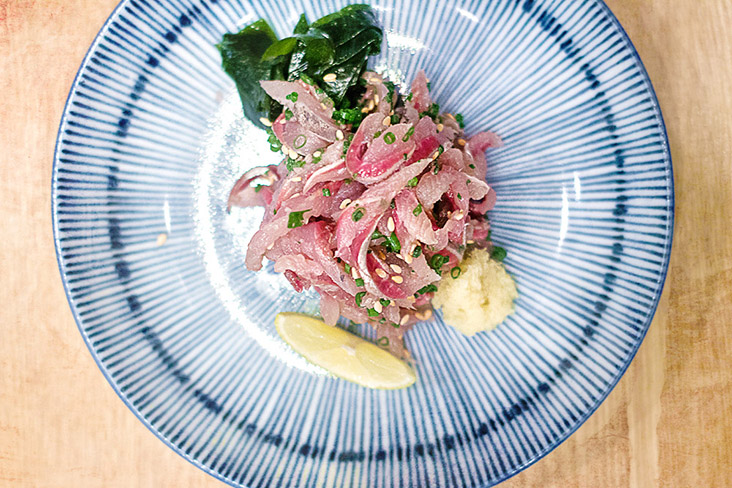 Sardines are notorious for spoiling easily after being caught so spring is the best time to eat them fresh as sashimi since they are so plentiful. Served with grated ginger, slivers of cold wakame seaweed and a thin drizzle of sesame oil, sardine sashimi is sublime.

Tai, on the other hand, are a hardier fish. The Japanese sea bream is at its plumpest in spring, so you may enjoy this fatty fish layered on rice as sushi or lightly grilled, its crispy skin as crunchy and addictive as crackling.

Given that it is the season of sakura, perhaps it comes as no surprise that there is an oceanic version of cherry blossoms or, rather, a luscious homage to it. For it is only during springtime that sakura ebi or “cherry blossom shrimp” can be caught in the Suruga Bay, east of the Izu Peninsula. 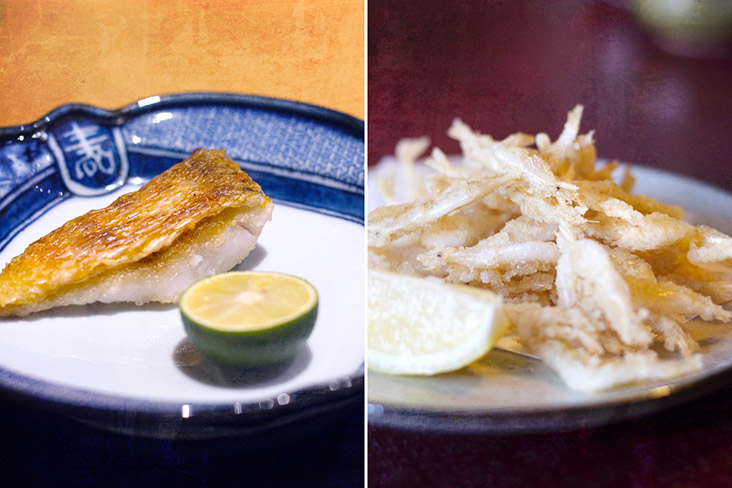 Its colour is delicate pink, not unlike some varietals of cherry blossoms, hence its name. Gently fried as fritters, you eat them whole, their shells and flesh crunching between your teeth to release their sweet juices.

Local beliefs attribute their divine flavours to the specific time of the year when the snow from Mount Fuji would melt into the bay and sweeten the waters and its shoals of sakura shrimp. Whatever the reason, everyone agrees, they taste exquisite — all the more so due to their short season and brief window of availability.

One seasonal delicacy that has a more forgiving window is the ever-popular strawberry. In fact, folks have been enjoying them even during the heart of winter. Indeed, winter strawberries are so prized in Japan that they are grown in greenhouses for use in cakes and desserts during Christmas and Valentine’s Day.

Yet nothing beats strawberries or ichigo, as they are known in Japanese, in spring, when they truly come into their own.

Aside from the familiar scarlet hued red strawberries, springtime offers a rare treat in sakura ichigo (literally “cherry blossom strawberries”) or white strawberries. Grown only in the Saga and Kumamoto prefectures, these are light pink in colour due to restricted direct sunlight while maturing. 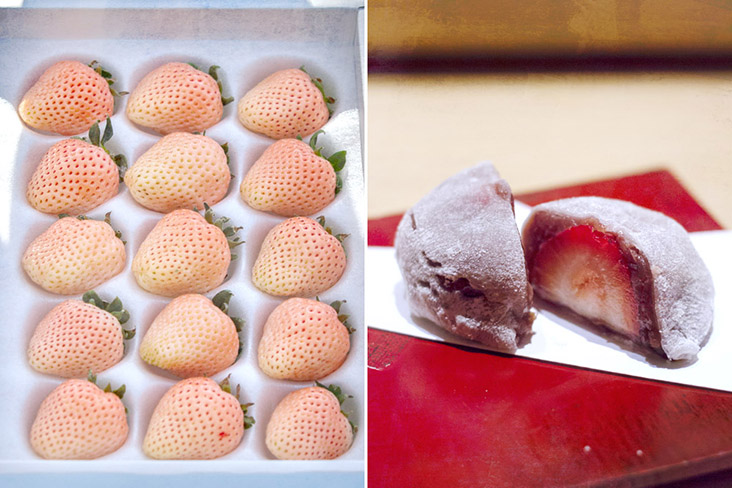 White strawberries have an intensely sweet fragrance — some would say this is the very scent of spring.

For something less pricey (sakura ichigo are typically bought as gifts for others rather than for one’s own consumption), look out for ichigo daifuku. This delightful wagashi dessert marries the traditional mochi ball filled with anko (red bean paste) with a heart of juicy, in-season strawberry.

And to wash it all down, rather than a pot of sencha tea or a dark roast kissaten brew, try a beverage that only appears in these short months between winter and summer: the cherry blossom latte.

It isn’t hard to find — most decent cafés, especially the more contemporary ones in Tokyo — will serve it during spring. The base is familiar: the grassy and milky flavours of a strong matcha latte. What sets it apart is the addition of preserved sakura blooms.

These don’t simply impart the floral notes of cherry blossoms and the visual appeal of the dried pink flowers; because they are preserved, the petals add a faint salty flavour, not so much that it is overwhelming but clearly detectable. 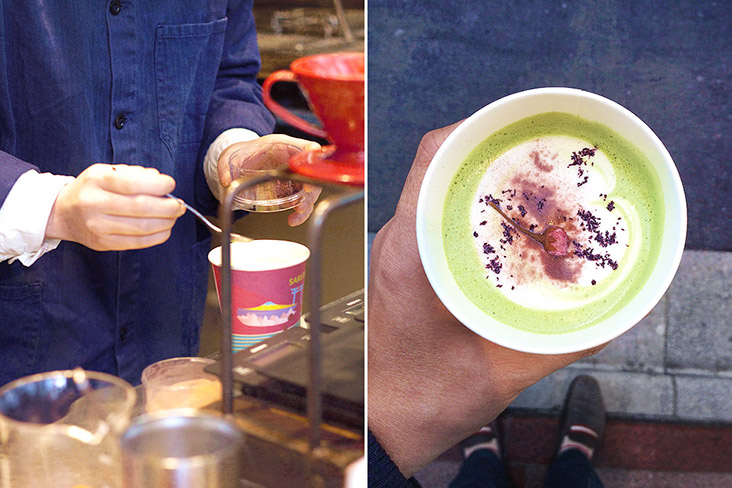 Cherry blossom latte is made from a base of creamy matcha and topped with preserved 'sakura' blooms.

Imagine drinking something that is tea-like and emerald green, creamy and rich, pickled and floral — all at the same time! And in realising that this flavour is fleeting, that it lasts only slightly longer than the sakura petals on the branches before drifting away, you appreciate it all the more.

You savour springtime and are thankful to have tasted it.