Serving up golden fritters next to the padang since 1965

GEORGE TOWN, Oct 21 — Back in the 1950s and 1960s, Idris Awang lived all over Malaysia as he was in the army and was posted to different states.

When he was discharged from the army, he started helping out at a satay stall in Selangor which sparked an interest in cooking.

In 1965, Idris finally settled down in Penang and started his own stall selling cucur udang or prawn fritters; the peanut dipping sauce was made to his own recipe. 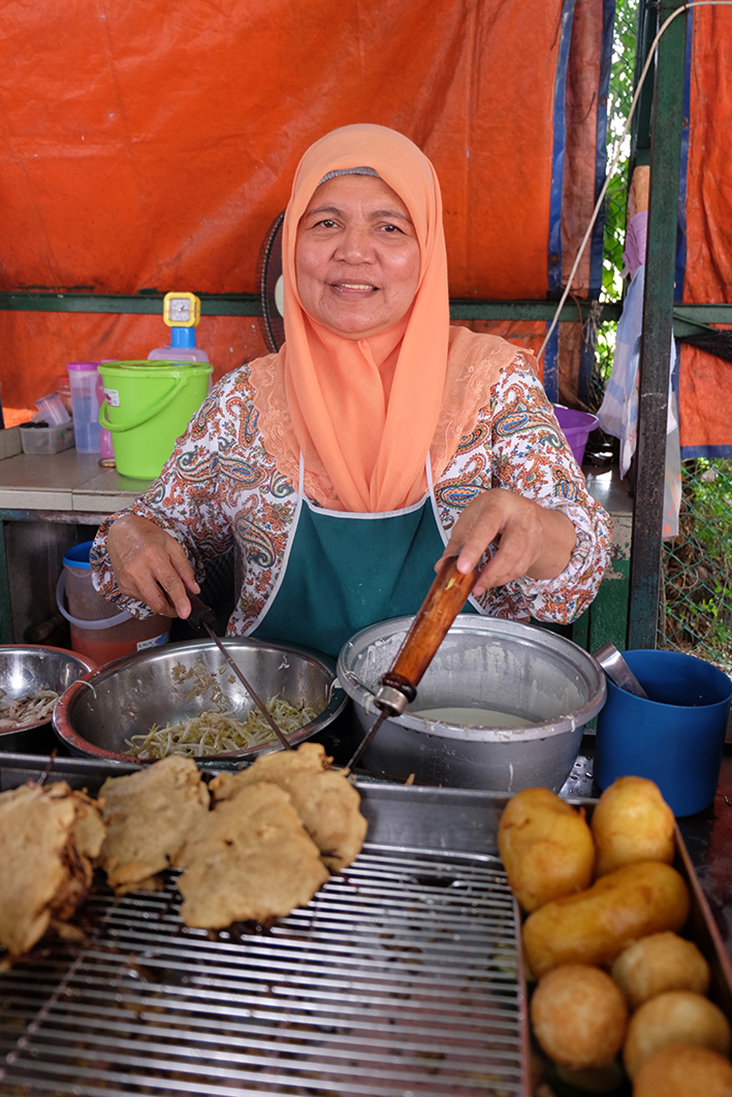 “He started with a three-wheeled cart by the side of this field before the council built this roof here,” his daughter-in-law Noriha Yahaya said.

In those days, Idris only made three items — cucur udang, taukua udang (beancurd with prawns) and taukua (beancurd).

He ran the stall next to Padang Brown with the help of his son Yusak till his death in 1987.

Yusak, by then already 39, took over the stall while working full time in Pos Malaysia.

“My husband worked two jobs, he would be at the stall in between shifts while I took care of it when he was at work,” Noriha said. 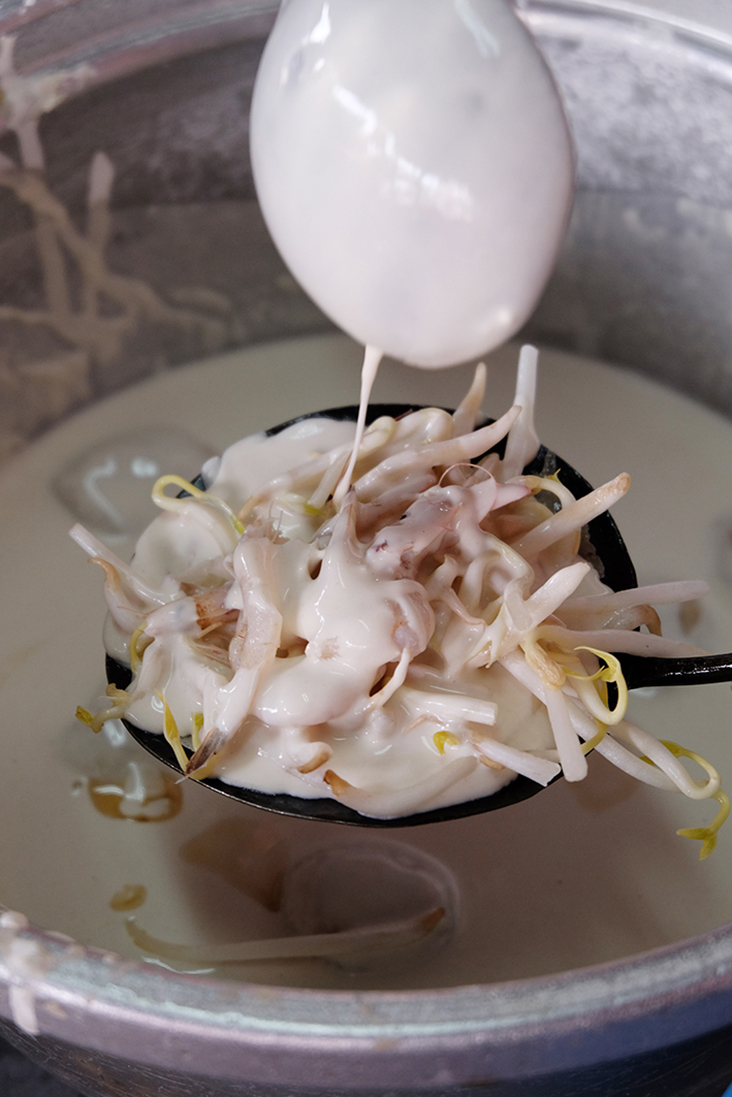 The making of prawn fritters

Noriha said she first helped out at the stall when she married Yusak in 1980 and when Idris died, she spent more time manning the stall while Yusak was in charge of buying the ingredients every day.

Yusak died suddenly at the age of 68 two years ago and today Noriha runs the stall with the help of her daughter Zafirah. 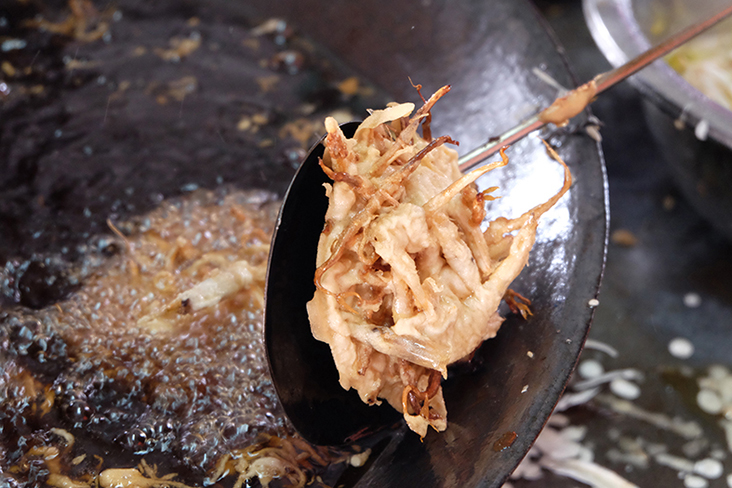 The prawn fritter is deep fried to a golden crunchiness

“I have already learnt all the recipes from my husband  so I continued on with the business and in future, my daughter can take over,” she said.

Yusak introduced more items to their menu so there are more choices for customers; the stall also sells deep fried potatoes, sausages, hard boiled eggs, fish balls and crab sticks other than the standard cucur udang, taukua udang and taukua. 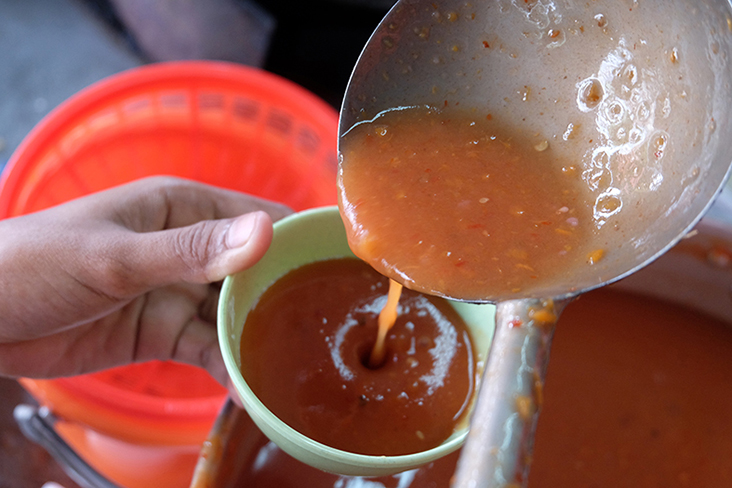 Noriha prepares her own sauce daily

The thick dipping sauce, topped with  generous servings of roasted groundnuts, is tangy and spicy... a perfect accompaniment to the cucur items.

Just like most hawker businesses passed down through the generations, the stall was initially unnamed and was known only as the “cucur udang stall by the padang.”

Zafirah decided to name it YNZ which stands for Yusak, Noriha and the “Z” stands for Zafirah as well as her two other siblings whose names also start with the same letter of the alphabet. 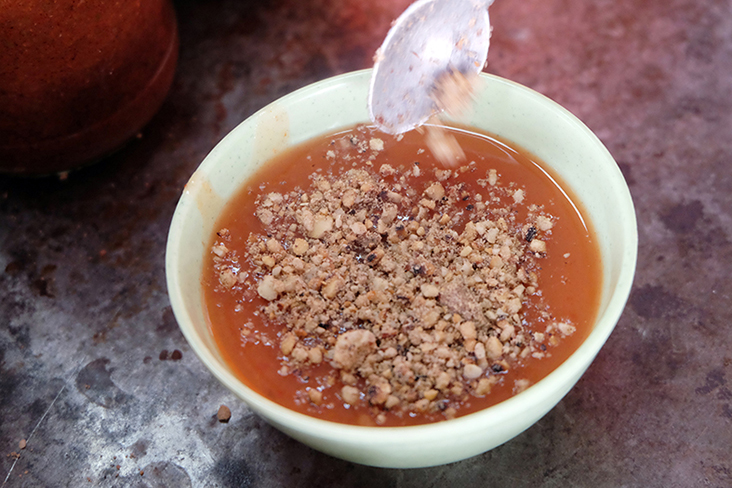 “It represents our family and with a name, it is easier for people to remember us,” she said.

Next to Padang Brown, Jalan Johor, off Datuk Keramat.