MacBook Pro with M1 Pro and M1 Max: 10 things you need to know

KUALA LUMPUR, Oct 19 — Apple has officially introduced the MacBook Pro 14 and MacBook Pro 16 powered by its own developed pro chips — the M1 Pro and the M1 Max. The latest models replace the previous Intel-powered MacBook Pro.

This marks a new milestone as the current MacBook lineup are all running on Apple Silicon.

According to Apple, this is the world’s best notebook and here are the top 10 things you should know. 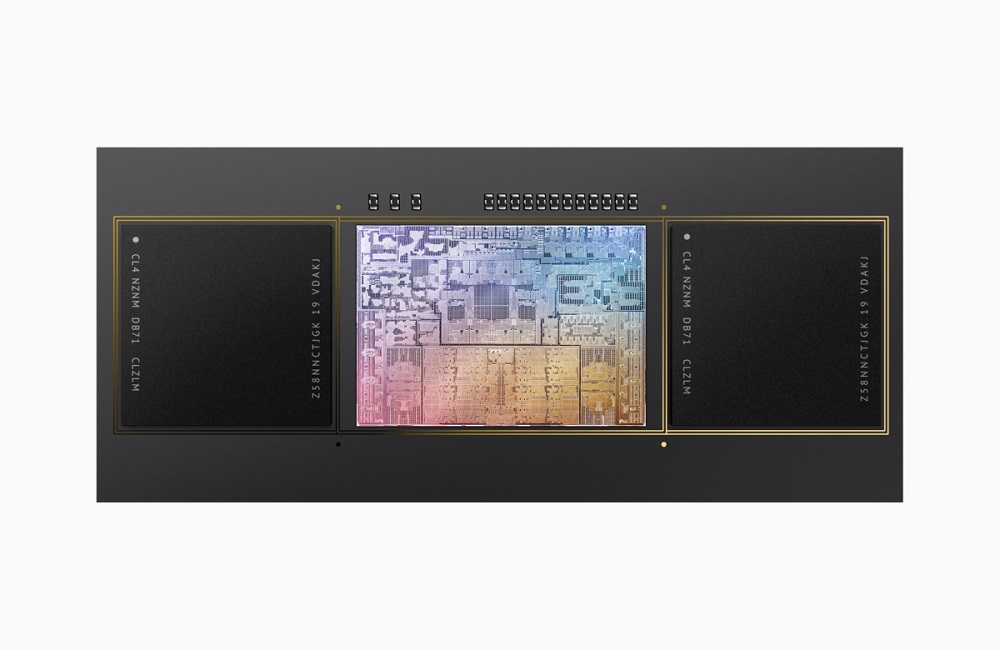 After introducing the M1 on the MacBook Air and MacBook Pro 13 last year, Apple is scaling things up with a more powerful M1 Pro and M1 Max.

Apple claims that the new SoCs offer up to 70 per cent faster CPU performance and up to 4x better GPU performance than the current Apple M1. 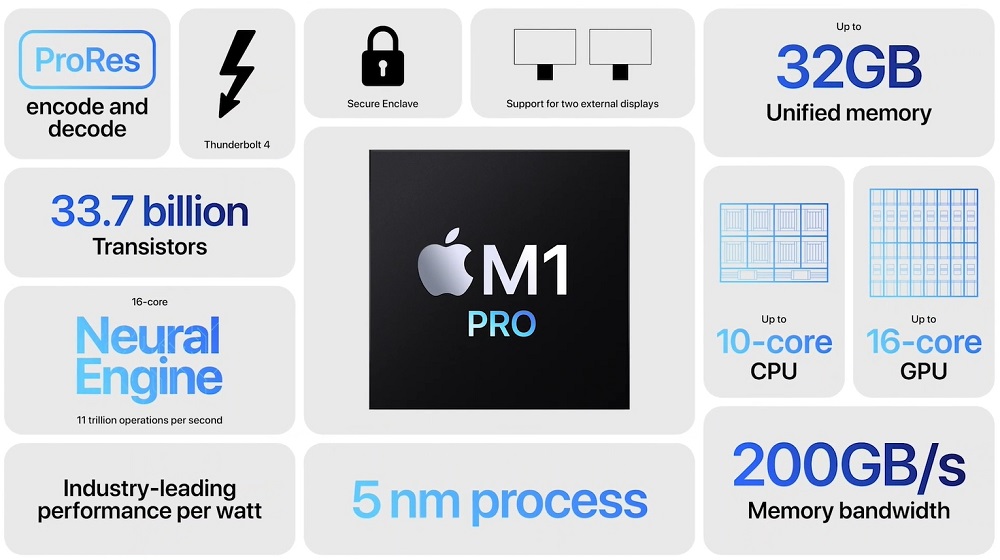 The M1 Pro is offered with 8-core or 10-core CPU options with either 14-core or 16-core GPU. It also features a 16-core Neural Engine for AI processing and boasts 200GB/s of memory bandwidth.

The chip is manufactured based on a 5nm process with 33.7 billion transistors, which are more than double the original M1.

Apple claims that the M1 Pro offers up to 1.7x more CPU performance while using 70 per cent less power than the peak performance of the “latest” 8-core PC laptop chip. 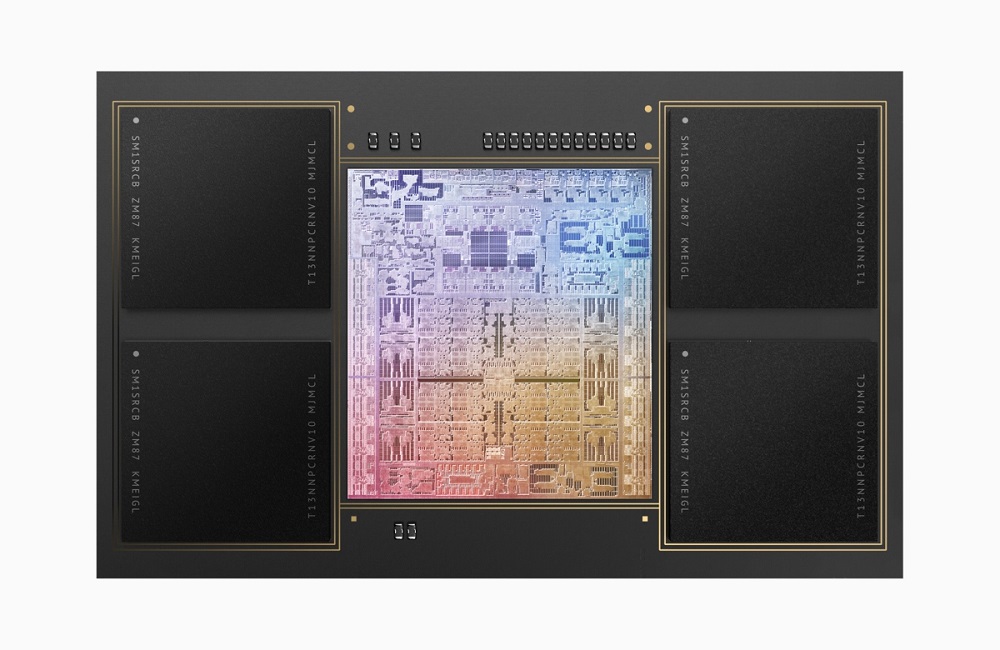 For the ultimate power in a laptop, the M1 Max is described by Apple as the world’s most powerful chip for a Pro notebook. This is the largest chip Apple has ever built with 57 billion transistors in a 5nm process.

It comes with a 10-core CPU and can be configured with up to 32-core GPU. Apple claims that it offers a similar graphics performance to the highest-end GPU in the largest PC laptops while using up to 100 watts less power. The Max offers up to a whopping 400GB/s of memory bandwidth. 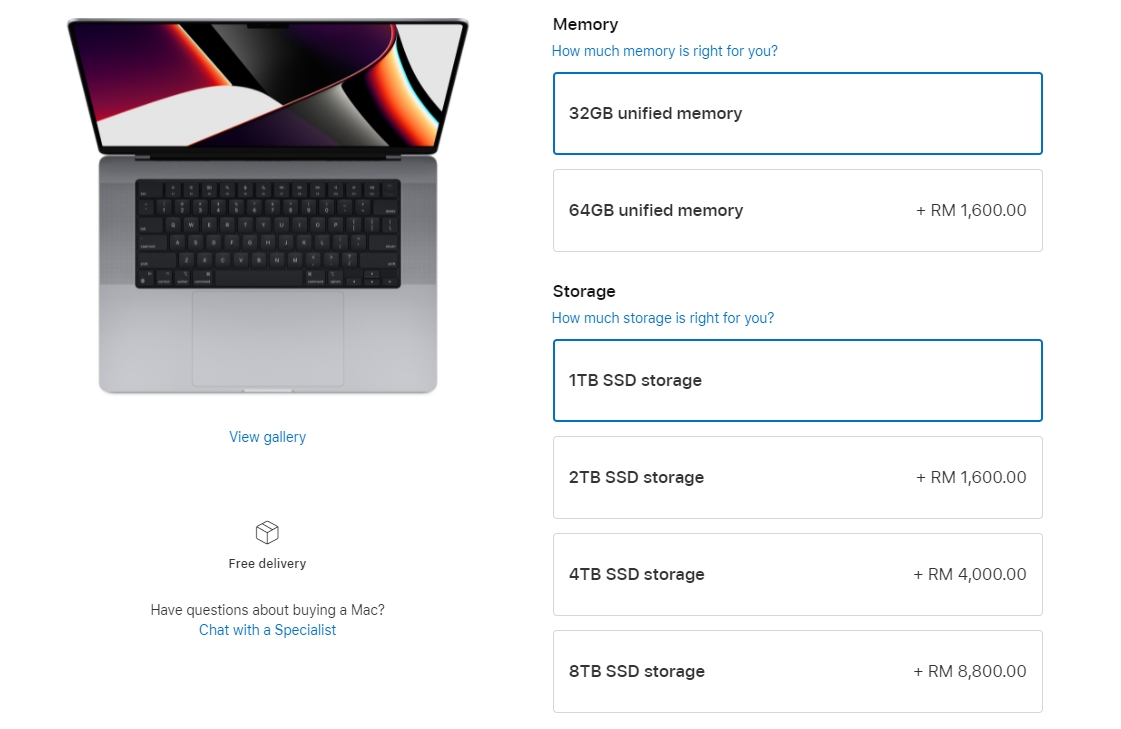 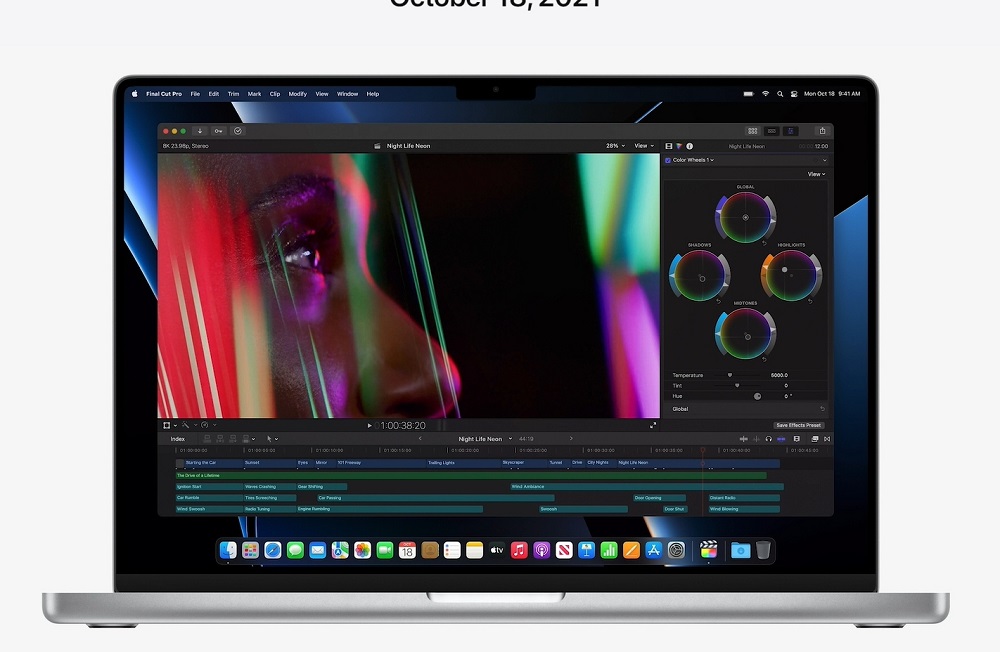 Besides the processor, the next major update is the screen which uses a mini-LED based Liquid Retina XDR display.

Compared to the older model, it boasts double the brightness level at 1,000 nits and has a peak brightness of 1,600 nits.

For a more fluid experience, both models get ProMotion technology that offers adaptive refresh rates up to 120Hz.

These are the first MacBooks to come with ProMotion after it was introduced on the iPad Pro and the iPhone 13 Pro series.

It has a notch with 1080p FaceTime HD camera 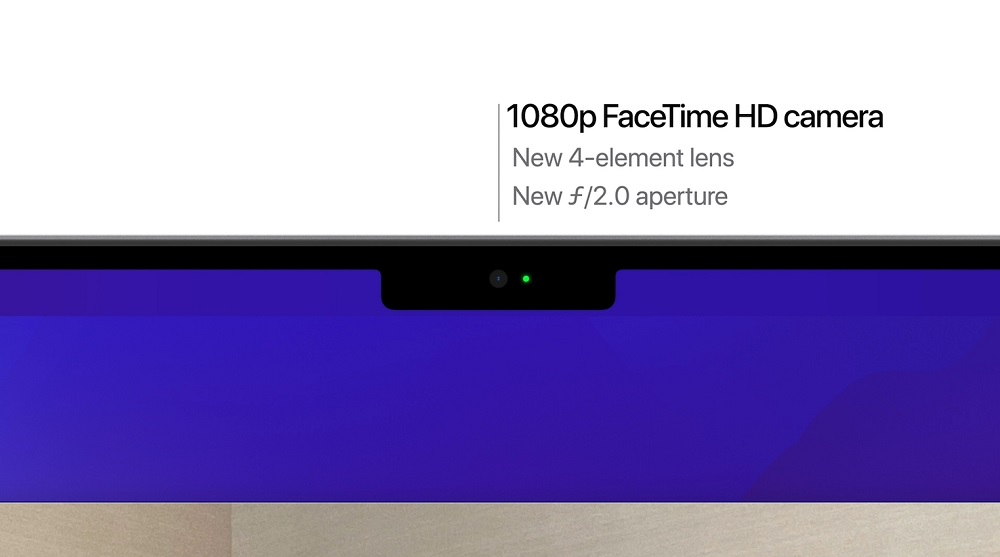 Probably the most controversial inclusion is a notch on the MacBook Pro 14 and 16.

This is seen as a necessary move to reduce the bezels while having enough space to house a higher-resolution 1080p FaceTime HD camera on the frame. Unlike the iPhone or the iPad Pro, there’s no Face ID for instant unlocking. 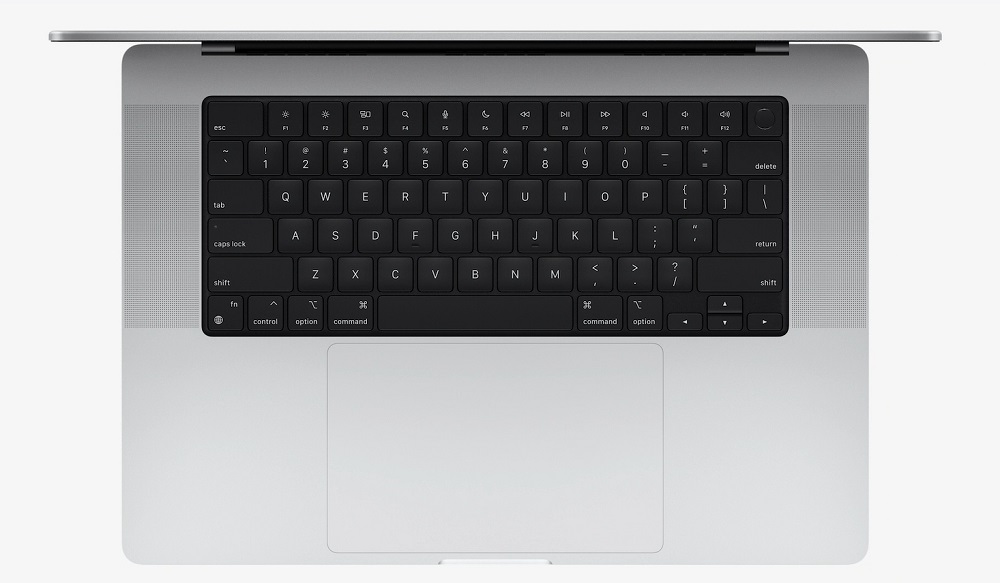 Almost five years since the 2016 MacBook Pro was introduced, Apple is finally getting rid of the Touch Bar.

The new MacBook Pro models get physical keys for the top function row and you still get a dedicated Touch ID fingerprint sensor in the top right corner.

The backlit Magic Keyboard is accompanied by a large Force Touch trackpad which is still one of the best trackpads you can find on a laptop. 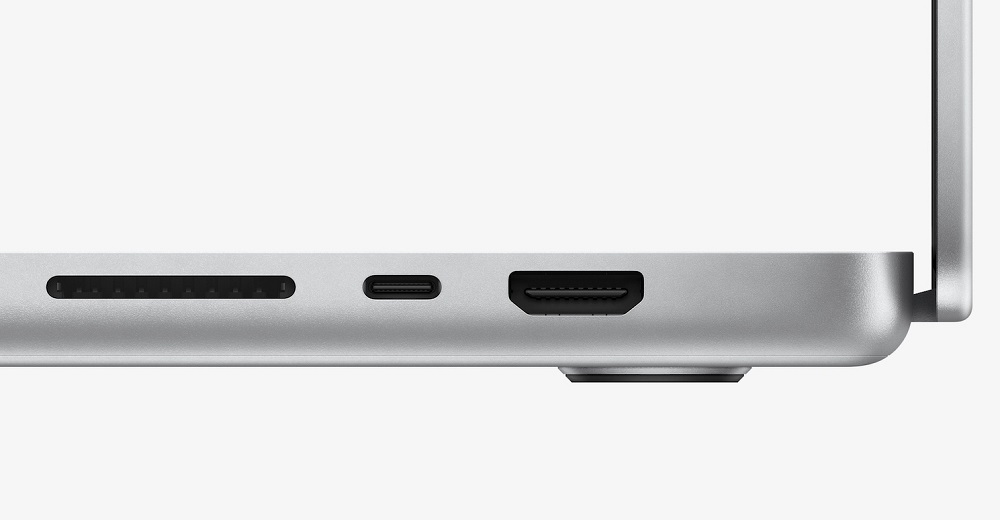 In the previous generation, the high-end MacBook Pro models come with four Thunderbolt 3 (USB-C) ports and most power users would have to rely on USB hubs to connect to external displays, card readers and various accessories.

In a surprising move, Apple is finally offering multiple ports including HDMI and an SDXC card slot on the right side. 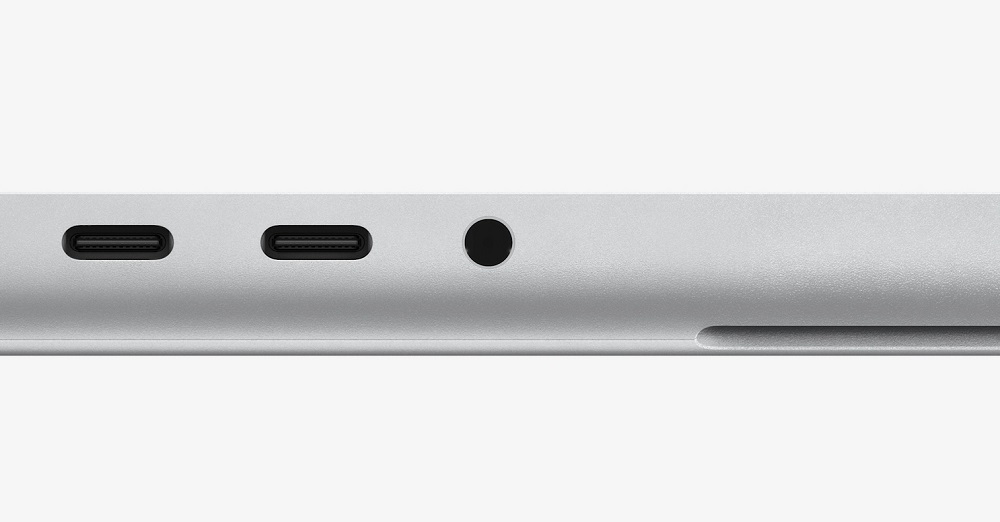 The new MacBook Pro also get three Thunderbolt 4 (USB-C) ports and it still retains a 3.5mm audio jack. In terms of wireless connectivity, it supports 802.11ax WiFi 6 as well as Bluetooth 5.0.

Connect up to four displays 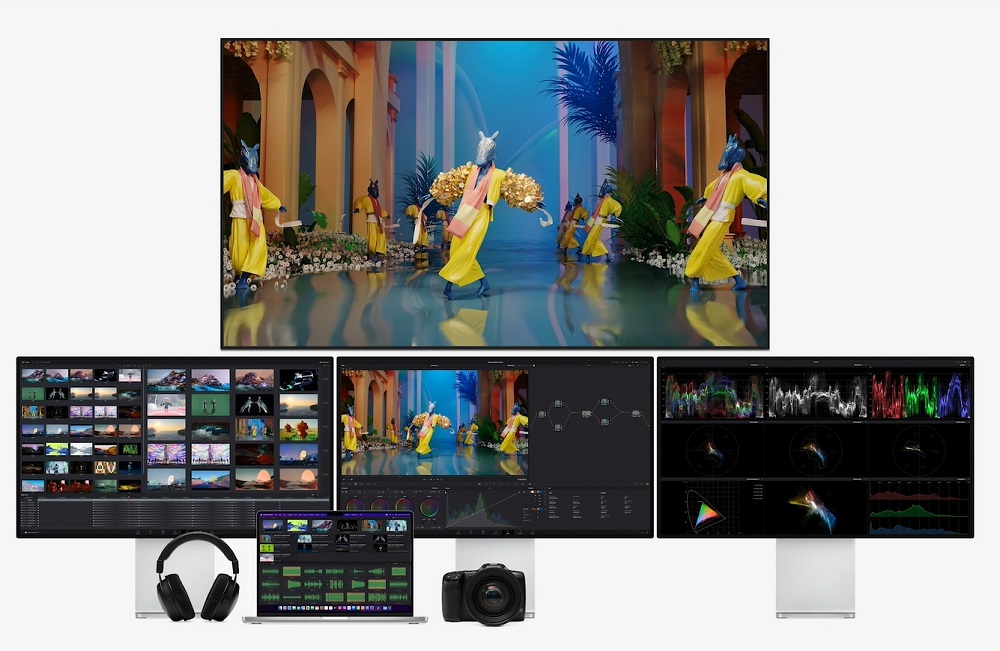 If you need to work on multiple screens, the M1 Pro powered MacBooks can connect up to two Pro Display XDR monitors capable of 6K resolution.

For MacBook Pro models equipped with a more powerful M1 Max chip, you can connect up to three Pro Display XDRs and an additional 4K TV at the same time.

Even with all ports full, you can still plug in your wired headphones and copy media files from your camera via the SD card slot. 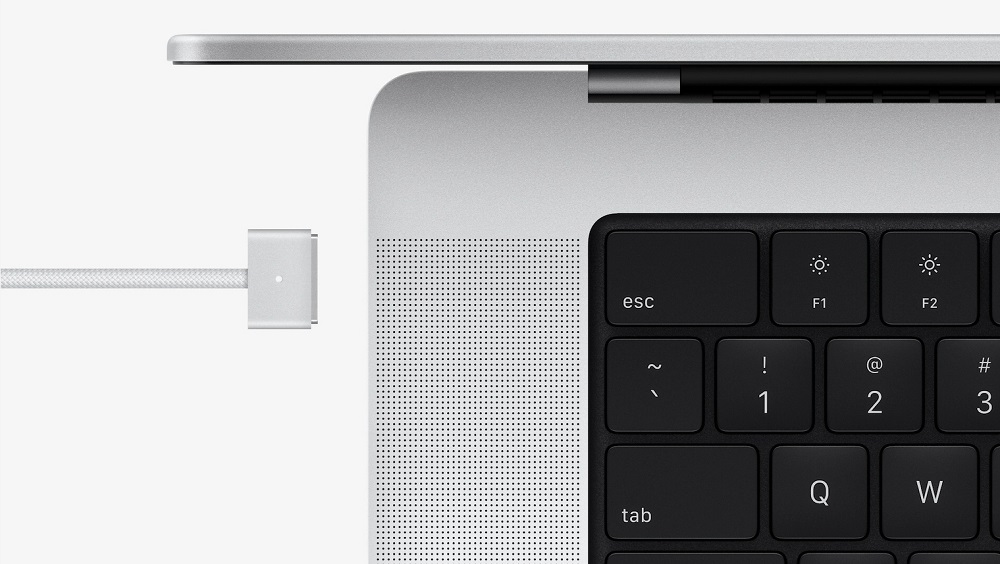 Another classic feature that has returned is MagSafe 3. It still gets a magnetic quick-release design which keeps your device safe if someone trips over your charging cable.

If you’ve already invested in USB-C cables, don’t worry. It can still charge via the Thunderbolt (USB-C) ports. 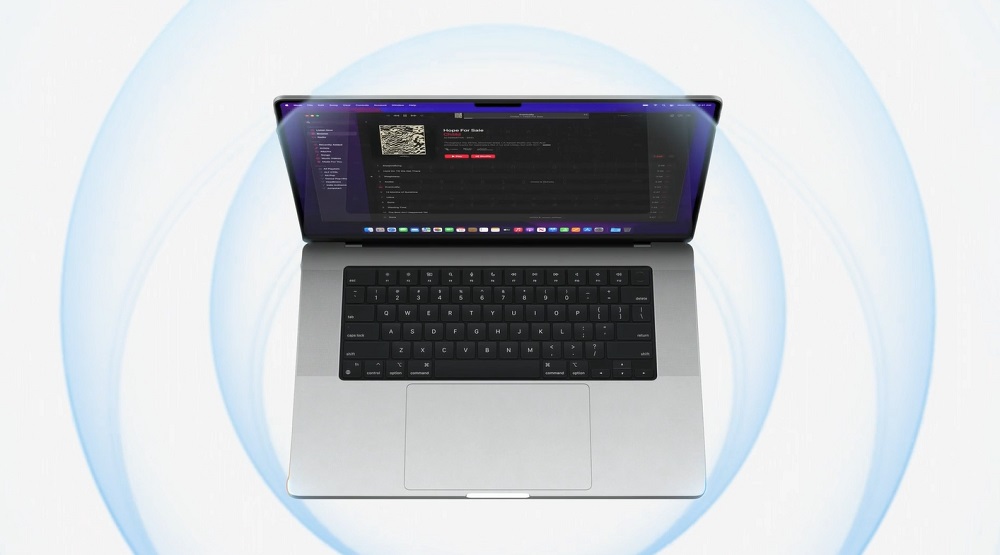 For the best audio experience, Apple brings over its six-speaker system which now supports spatial audio.

This time, the same speaker setup can be found on both 14″ and 16″ sizes. Also included is an array of three studio-quality mics that offers high signal-to-noise radio and directional beamforming.

Up to 21 hours of battery life 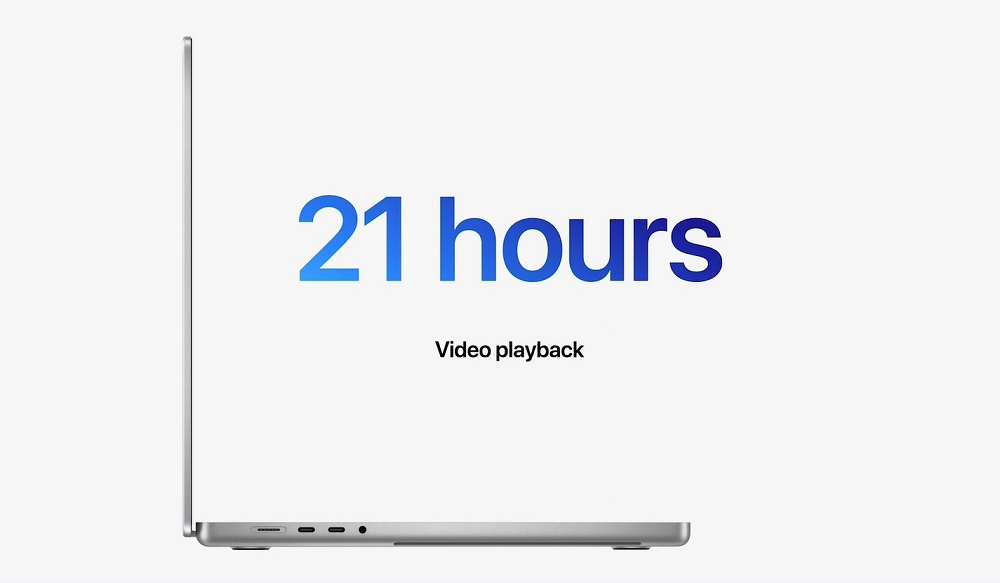 With the power efficiency of Apple Silicon, the new MacBook Pro boasts better performance and battery life than its Intel counterparts.

The MacBook Pro 14’s 70Wh battery is rated to provide up to 17 hours of video playback on a single charge, which is 7 hours longer than the MacBook Pro 13″.

Meanwhile, the MacBook Pro 16’s 100Wh battery boasts up to 21 hours of video playback on a single charge, which is the longest battery life ever on a MacBook.

The new MacBook Pro also supports fast charge where you can get up to 50 per cent charge in just 30 minutes. 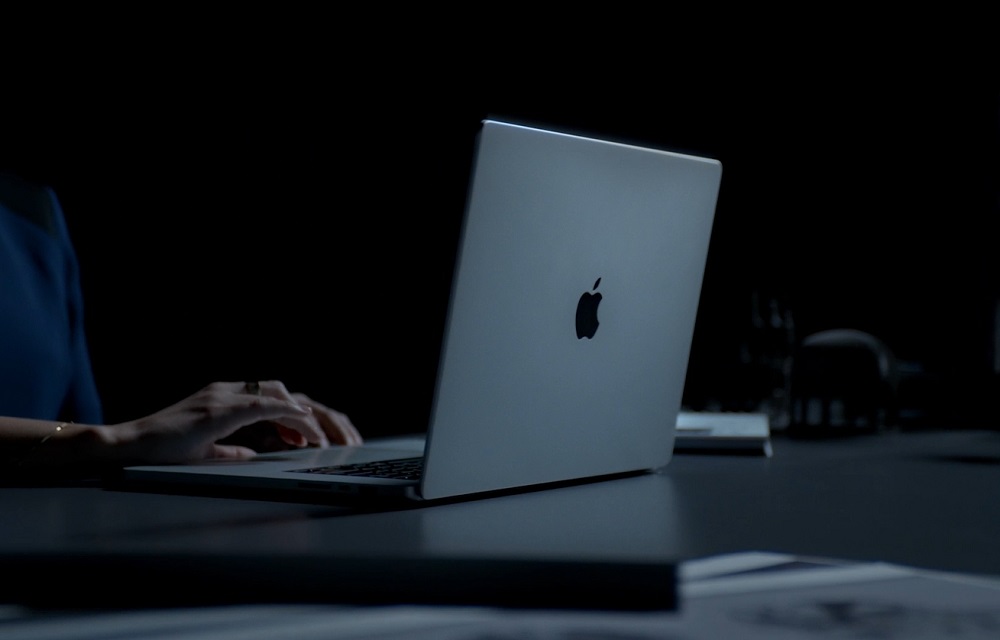 The most expensive hardware configuration is the MacBook Pro 16 M1 Max with a 10-core CPU, 32-core GPU, 64GB memory and 8TB of SSD storage at RM25,199. You can learn more about the MacBook Pro pricing in our previous post. — SoyaCincau