Ultraman Ribut is set to be one of the New Generation Heroes in the new Ultraman micro-series premiering this Sunday, September 29, 2019. — Screen capture via Youtube/UltramanOfficial.
Follow us on Instagram, subscribe to our Telegram channel and browser alerts for the latest news you need to know.
By By MARK RYAN RAJ

PETALING JAYA, Sept 25 — Ultraman has been a favourite amongst Malaysians for decades.

But what many fans of the Japanese superhero may not know, is that Malaysia has its very own Ultraman, and the character will be making its official live-action debut this Sunday (September 29) in Ultra Galaxy Fight: New Generation Heroes.

In 2015, Ultraman Ribut (Ultraman Storm), made his first appearance on Upin & Ipin season 8, in episodes 25, 26 and 27, where he helped the children extraordinaire fend off an Alien invasion and save Kuala Lumpur.

The character subsequently made appearances on Upin & Ipin season 9, in episodes 28, 29 and 30, as Malaysians were undoubtedly excited to have their own Ultraman and fell in love with him. 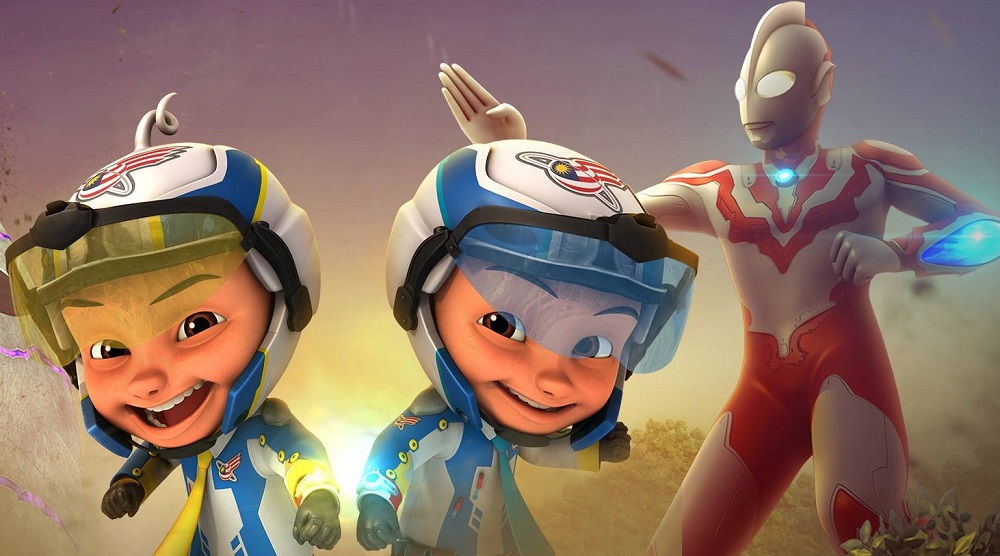 Ultraman Ribut was warmly embraced by Malaysians after he saved KL from the dreaded Alien Kilat some four years ago. — Picture via Facebook/UltramanRibut.

Ultraman Ribut’s superpowers include super flight speed, being able to withstand extremely high temperatures and using his “Ribut Blocker” on his left arm to form a shield or barrier.

Tsuburaya Productions plans to develop and cater the Ultraman series to South-East Asian audiences, which is one of their biggest markets outside of Japan.

Because of Ultraman Ribut’s positive reception amongst Malaysian and Indonesian audiences, the character will be part of the New Generation Ultras team.

Ultra Galaxy Fight: New Generation Heroes, which will be featured in both English and Japanese, is an online micro-series available for viewing on the official Ultraman Youtube channel every Sunday, starting this weekend.

In the micro-series, Ultraman Ribut will fight alongside his comrades, such as Ultraman Ginga, Ultraman X and Ultraman Orb.

The New Generation Ultras try to defeat the evil organisation the League of Darkness, which is lead by evil Ultras, X Darkness and Geed Darkness, who are able to draw power from the good Ultras’ crystals to amplify their own powers.

There will be a total of 13 episodes as part of the series, which will only be available online, and each episode will be about five minutes long.