The portals of knowledge 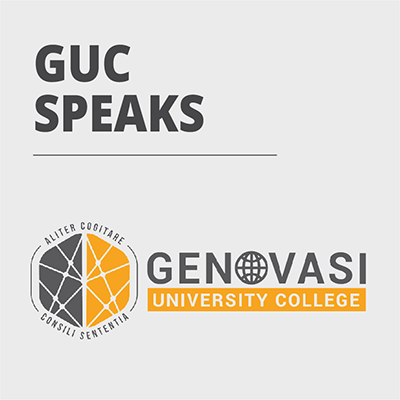 JULY 31 — There are six pathways or sources of knowledge. The first and lowest in the hierarchy is through hereditary where knowledge is gained innately, ‘a priori’ (before experience) and not dependent on experience or external sources. This is manifested predominantly in the animal world such as instinctive motherly behaviour, migratory behaviour and swarm intelligent of animal group. The fundamental proposition of the swarm theory is the coordination of many individuals in a decentralised control condition or self-organisation known scientifically as stigmergy rightly put by Deborah Gordon, a biologist studying the red harvester ant colonies in Arizona desert: “ants aren’t smart but ant colonies are”. In human, this portal of knowledge is mostly confined during the initial stage of our lifespan such as in thumb sucking behaviour while we are still a foetus residing in our mother’s womb.

The second source is through experience. Experiential knowledge is obtained through the use of the five senses i.e. seeing, hearing, touching, tasting and smelling. Experiential knowledge is a type of ‘a posteriori’ (“from the later”) knowledge which contrasted with a priori knowledge (Instinctive) or propositional (textbook) and practical knowledge. In philosophical domain knowledge founded on experience is known as “empirical knowledge”. It is comparable to the personal knowledge of Michael Polanyi or knowledge by ‘Acquaintance & Description’ of Bertrand Russell. This portal is rather limited in the animal kingdom and can be elucidated by the classic Pavlonian conditioning or respondent conditioning that causes animal to display an automated unconditioned response in reaction to a pair of conditioned and unconditioned stimulus. In human, we too learned from experience such as visibly seen in babies.

The third pathway is through reading. This portal of knowledge separates the animal from the humanoid in the truest sense of reading. Human shared with the animal in getting knowledge through the instinctive and experience gateway but the door of reading seems to be exclusive to the Homo sapiens. Until today there is no conclusive scientific evidence that animal can truly read. Experiments shows that the animals’ ‘reading skill’ was no more than mimicking their trainer or experimenter through the process of conditioning.

This was true for Alex the genius parrot of Dr Pepperberg, Willow the literate dog of Lyssa Howells, Washoe & Nim Chimsky and the chimpanzee of Allen & Beatrix Gardner. The next portal for knowledge is through what I called as the door of “afflatus”. Literally it means divine communication of knowledge — a compelling mental or spiritual force acting from within. Afflatus is a Latin word which means “the act of blowing or breathing” and originates from the word “afflare” with the meaning “to blow on”. It is a sort of divine inspiration or guidance and motivation imparted directly to the receiving individual. I subdivided this portal into three hierarchical levels: intuition, “kasyaf” and divine revelation (“wahyu”).

Intuition or inspiration is the lowest in the hierarchy. Intuition refers to the ability to understand something immediately without the application of conscious reasoning. The word comes from the Latin word intueri; which means to look inside or to contemplate. A definitive example is the reverie experienced by the German Chemist, August Kekule while riding an omnibus in London where he ‘saw’ a snake seizing its own tail — an ancient symbol known as “auroboros”. From this daydream, he visualised the benzene ring and thereafter all other aromatic compounds of today. Intuition is a feeling or a hunch about something. You don’t have solid facts or evidence to back up your thoughts, they are just gut feelings.

Albeit non-intuitive, the creation of the Periodic Table by the Russian chemist, Dmitri Mendeleev in 1869 where he arranged chemical elements by atomic mass, never measured it but basing his arrangement on repeated patterns of chemical properties have an element of intuitiveness, somehow. Until today, no human being has ever ‘seen’ any subatomic particles in the literal sense of the word. Only a few years back, scientists can view images of individual atoms (not subatomic) using the Scanning Transmission Electron Microscope.

The fifth source of knowledge is via “kasyaf”. I cannot find a good English translation of this Arabic word. Kasyaf literally means divine unveiling to the unseen, both physically and temporally. There is a blur line separating intuition from kasyaf. It is the knowledge of the purified hearts made available only to those who are near to God and this made it differ from intuition which is made accessible to many regardless of their divine nearness.

The final portal, the highest in the order is divine revelation or “wahyu” in Arabic. Wahyu is only meant for the prophethood and the divine message is carried by the archangel Gabriel mentioned in the three great Abrahamic religions. It is a direct handover of divine knowledge to man.

In summary, three out of the six portals of knowledge are related to divine connection of which the last two, kasyaf and wahyu, are only meant for the privileged few chosen by God. The first two portals, hereditary and experience is predominance in the animal world but quite limited in human. That leaves us with reading as the overriding pathway in getting knowledge for the majority of the human being. For the Muslims, the importance of reading is attested by the fact that the very first revelation of the holy Al-Quran in Surah Al-Iqra (“read”) contains the command to read (96: 1-5). There are many exemplary bibliophilic behaviours of great scholars. Robin Sharma, the author of Life Lessons from the Monk Who Sold His Ferrari is on target when he devoted two chapters: “Always Carry a Book with You” and “Built a Library of Heroic Books” which explicitly urging to inculcate reading habits. Contemporary celebrated American filmmaker and actress, Lena Dunham put it cynically when she said “Let’s be reasonable and add an eight day to the week that is devoted exclusively to reading”.

The importance of reading per se is demonstrated in our education systems — from the tender age of kindergarten, to primary and secondary schooling to tertiary education and now lifelong learning. Genovasi University College is proud to be one of those tertiary education providers — with a difference of design thinking modules embedded in all curriculum.