Three things we learnt from the 2022 PKR congress

The newly-elected PKR Leadership Council take a group photo at the 16th PKR Congress in Ideal Convention Centre (IDCC) Shah Alam July 17, 2022. — Picture by Hari Anggara
Follow us on Instagram, subscribe to our Telegram channel and browser alerts for the latest news you need to know.
By Radzi Razak and Shahrin Aizat Noorshahrizam

SHAH ALAM, June 18 — After weeks of controversy from its internal elections, the PKR annual congress concluded with all eyes on the new leadership pairing of Datuk Seri Anwar Ibrahim with Rafizi Ramli as his deputy.

Going into the event, there was concern about how the PKR president would receive the returning Rafizi, who came back to active politics with a bang and immediately powered his way into the party’s leadership.

At the end of the annual congress, here are three things we learnt from the PKR congress The return of the prodigal son

Outwardly, PKR was all smiles when Rafizi was formally unveiled as the new deputy president on the final day of the congress, but beneath the surface, there was a sense of tension — possibly dread — from some sections of the party, chiefly those seen to be in Anwar’s camp.

This could be seen in the attempts of both to put up friendly appearances; Anwar described Rafizi’s remarks as a relief to his headaches while Rafizi, in turn, promised he would not backstab Anwar like former deputy Datuk Seri Azmin Ali.

Even before the congress, the philosophical differences between the two already became apparent when Rafizi spoke out against the “big tent” approach Anwar was pushing to unite the Opposition.

“Rafizi is a firebrand, but the question remains whether he can work together with Anwar’s camp or become a thorn in the president’s side,” a former central leadership council (MPP) member told Malay Mail.

The person also noted that leaders aligned with Rafizi were now the dominant force in the MPP and the Youth wing, saying it remained to be seen where their loyalties ultimately lay.

“It is good to be radical, but undermining the president could also put the party into jeopardy,” the leader added.

For Rafizi’s supporters, however, the overhaul was seen as returning the party back to its reformist roots after a spate of disappointing elections.

Rafizi’s call for action also appeared to have gone down well, especially his request to lead the party into the general election as was customary for the deputy president. 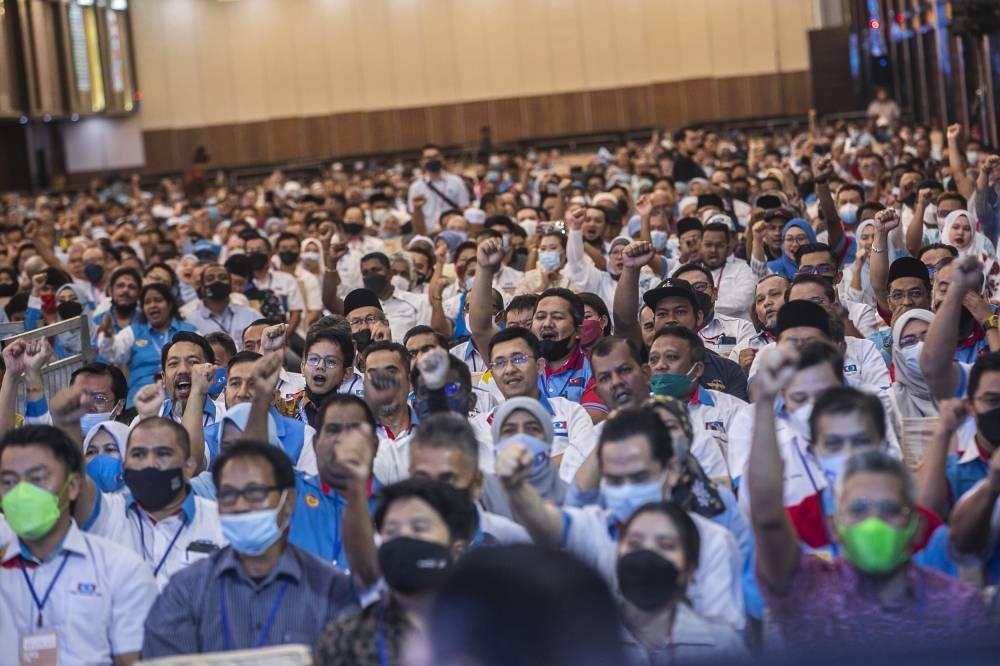 PKR’s reputational hit since 2020 has been undeniable but the party is still Pakatan Harapan’s best hope to take on Umno in seats favouring the Malay nationalist party.

With DAP focusing on urban mixed seats, Amanah still struggling to compete with PAS, and Upko’s appeal limited to Sabah, PKR will need to shape up further, especially since Bersatu and Pejuang will throw their hat in the ring.

Both Anwar and Rafizi also have said that the party should offer solutions to people’s problems rather than just riding momentum of national issues like during 2018, to cater for the majority of B40s and M40s who are facing the inflation and rising price of goods.

In the future, this could mean PKR having more programmes in the rural areas to make up for its shortcomings in such locations. One major sticking point during the congress was Anwar’s personal popularity versus the party’s appeal.

Rafizi told reporters that the party’s ability to win in the next general election should be the priority and above the president’s popularity.

“What we need to do is to appeal to the people and try to win (the next GE). We have to realise, for example, that winning is by appealing to the logic for policy and that’s the thing that we have to focus (on).

Anwar then responded that Rafizi was just playing his role and said that the latter’s tone will change once his position is officially secured.

“I know him and he has a positive attitude and he’s playing his role. Because the one that you interviewed is the ‘benched’ Rafizi, now Rafizi is in the leadership so he has to realise [that] because most of the tasks will be given to him.

“He will be given the responsibility and it’s not Anwar or other leaders,” he said.

PKR will discuss with DAP, Amanah on MoU with government, says Anwar

As PKR closes ranks, Anwar pledges to reject cooperation with traitors, those opposed to reform agenda