A GSC Cinema staff is seen cleaning ticket counters at the Mid Valley Megamall outlet in Kuala Lumpur September 8, 2021. — Picture by Shafwan Zaidon
Follow us on Instagram, subscribe to our Telegram channel and browser alerts for the latest news you need to know.
By SOO WERN JUN

KUALA LUMPUR, April 10 — When the pandemic hit Malaysia back in 2020, cinemas shuttered. They were one of the last businesses allowed to reopen and even then, the restrictions were prohibitive.

For example, you could not sit next to your spouse even though you live in the same house. To maintain a semblance of social distancing, cinemagoers could only sit in alternate seats.

One of the pleasures of going to the cinema is sharing a box of popcorn or other snacks with friends… so that was gone too.

On top of that, in an effort to protect the vulnerable, those who were above 60 were not allowed to go to the cinema when they were first allowed to reopen.

A few more lockdowns and closings later, things have finally come to some sort of normalcy. Older folks are once again allowed to go watch movies in the cinema.

Cinema operators here say despite a smaller audience, recovery has been encouraging. 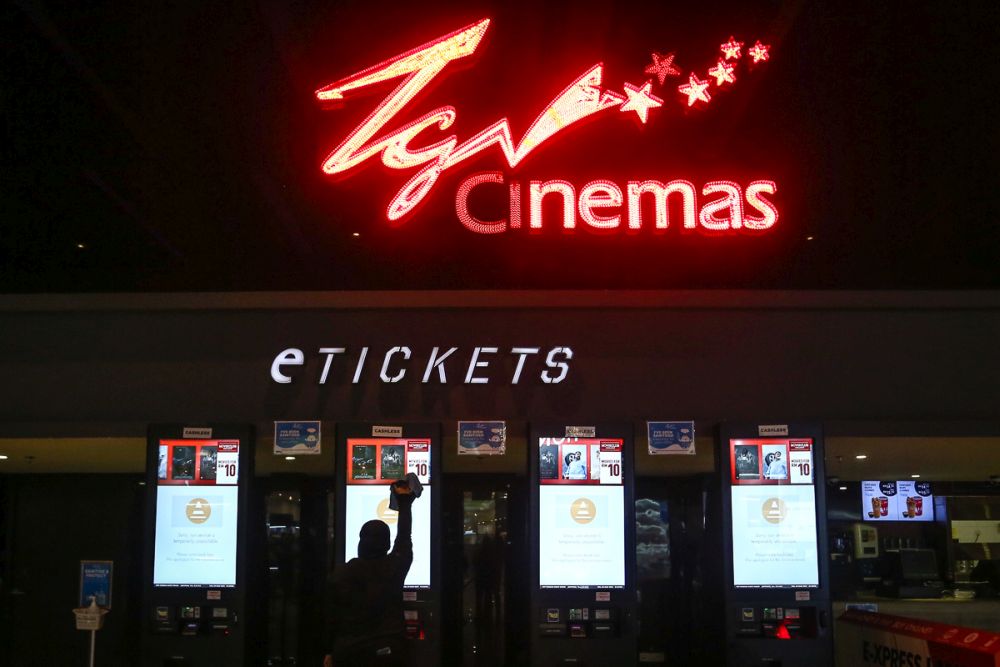 According to TGV Cinemas, the recovery was better than what they had expected given that Covid-19 is still around.

“We didn’t expect many to return to the cinemas when we resumed operations because cases were still high.

“But we got quite a good reception when Spider-man: No Way Home was on the screens… that was the most number we got since we reopened,” said a TGV Cinema spokesman.

However, when the Omicron strain hit the country, their outlets saw a drop in numbers yet again.

“For now we think the numbers will vary as the Covid-19 cases are also unpredictable.

“But we can see that people are more willing to come out with the vaccination programme in place, as compared to before.

“We couldn’t ask for more, although numbers could be better,” said the spokesman.

Based on observation, he added that the only type of audience that has really shrunk is children.

“We have also received requests (from the public) to screen certain titles and we are excited to bring them in the coming months.”

The spokesman also said that all standard operating procedures (SOPs) are still in place including temperature checks and MySejahtera check-ins.

As for Golden Screen Cinemas (GSC), they are expecting a lot of traffic for upcoming titles such as Dr Strange in the Multiverse of Madness, and there are also several blockbusters lined up in April including Sonic the Hedgehog 2 and Fantastic Beasts: The Secrets of Dumbledore, said its public relations and branding manager Sharmine Ishak.

“In terms of SOPs, audiences are still required to check in with MySejahtera and only Low Risk audiences will be allowed into the cinemas.

“There is no requirement for temperature checks anymore, but audiences must be vaccinated and have completed their booster doses.

“Social distancing is still encouraged in public areas and enforced with spaced seating in halls,” he said when contacted.

He added that cinemagoers are encouraged to purchase their movie tickets and food and beverage online to minimise contact.

“We also regularly sanitise public touchpoints and common areas, as well as the halls after every show,” he said, indicating that all restrictions put in place for Covid-19 are still in effect since the cinema reopened.

He also said that an increase in confidence and a strong return of cinemagoers over the last few months was observed, surging with the release of blockbusters like Spider-Man: No Way Home.

“In fact, Spider-Man was the biggest release we’ve had since before the pandemic,” he said.

Jane Low, 28, a human resources manager and avid cinemagoer said she was excited to take her children to the movies and felt safe since vaccination was already available for children.

“My son watched Spider-man, father and son spent time at the movies.

“I think for now there is still an option to go to quieter cinema locations so you don’t meet the big crowd.

“But ultimately, I felt safe because my son is already vaccinated and I believe if everyone does their part and gets vaccinated we should not need to worry too much,” she added.

Another cinemagoer Lily Ishak, 36, a copy-writer, said it is time that Malaysians try to live with the coronavirus, but it does not mean that everyone neglects SOPs.

“We have to adapt at some point, and at the same time, if everyone co-operates we can be safe from the virus.

“The more we avoid going back to normalcy, we will never be able to cope with our daily routine, we need to find new ways to go about things, and this includes going to the movies,” she said adding that there are options for family tickets where seats are blocked strategically for social distancing purposes.

For Darrel Lim, 30, an engineer who did not experience the movement control order much, since he still had to work at the office, said he was excited when cinemas reopened.

“It’s really different to watch a movie at the cinema now, but that’s what we need to do if we want to enjoy going to the movies again.

“It’s never the same as watching a movie from your television screen or the laptop, that’s why cinemas exist,” said Lim.

On September 7, Prime Minister Datuk Seri Ismail Sabri Yaakob announced a list of activities under the creative sector allowed to operate under Phase 1 of the National Recovery Plan.

Cinemas, “live” and recorded entertainment broadcasts, “live” creative performances, indoor busking, art galleries, museums and showrooms were among the activities allowed to operate, albeit in limited capacities and only for fully vaccinated individuals.