After border reopens last weekend, no big influx of visitors from Singapore but JB business owners confident they will return

With the reopening of the border, JB Sentral’s main route along Jalan Tun Abdul Razak attracted its fair share of cars last weekend. — Picture by Ben Tan
Follow us on Instagram, subscribe to our Telegram channel and browser alerts for the latest news you need to know.
By BEN TAN

JOHOR BARU, April 6 — Businesses such as sundry shops, convenience stores, eateries and even car wash outlets within the city had expected a large influx of Singaporean visitors last weekend after the Causeway finally reopened on Friday.

Instead, they reported just a small to moderate uptick in business throughout the weekend. Still, they are optimistic that business will get better in the weeks to come.

Shop assistant V. Ibrahim said the shop was busier than usual throughout the weekend.

Singapore customers bought mineral water, canned drinks and packet snacks. “There were some who also enquired about prepaid mobile SIM cards as well as credit top-ups that were once popular items prior to the Covid-19 pandemic,” he told Malay Mail.

Ibrahim said despite the moderate turnout, the border reopening was a positive sign. He said it was a relief as many traders in the city endured poor sales in the last two years while others have had to shutter their business.

Putera Mohd Aidil, who runs a food stall along the popular Susur Tun Razak here, said, "I am not sure about other places, but there was only a moderate stream of Singaporean customers at my stall based on their car and motorcycle registration plates.

“For me and my family, it's still good and welcomed for small-scale traders like us." 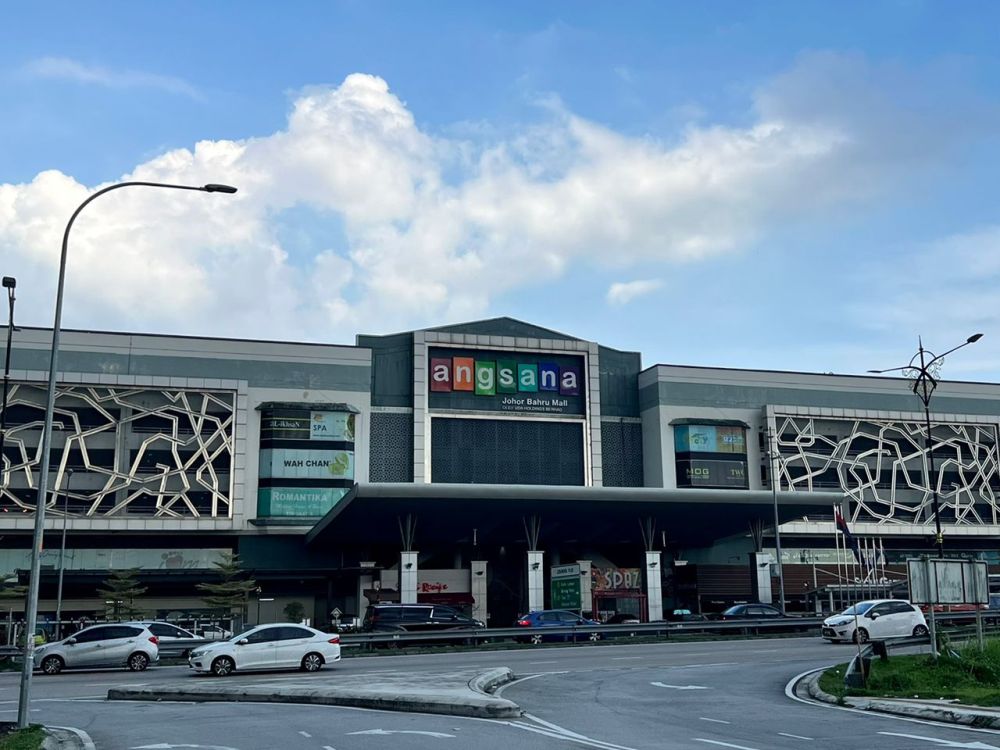 A view of Plaza Angsana Johor Baru in Tampoi that reported an increase in visitors from Singapore last weekend. — Picture by Ben Tan

Before the lockdown, Susur Tun Razak was very popular as a supper and breakfast take-away destination for Singaporeans and also Malaysians working in Singapore.

Mohd Aidil said over time, he believes more Singaporeans will enter Johor Baru due to the preferable currency exchange.

He said many Singaporeans may still be cautious, especially about the standard operating procedures (SOPs) upon entering Johor.

“However, I expect a large influx of Singaporeans entering JB a week before Hari Raya (Aidil Fitri),” he said.

Hiap Joo Bakery owner Lim Meng Chin is also confident that more Singapore visitors will return to Johor in the weeks to come.

“I am happy that the border is finally reopened. This is a long-awaited moment as half of our customers are made up of Singaporeans before the pandemic,” he said.

His bakery along Johor Baru’s Heritage Walk in Jalan Tan Hiok Nee is famous for banana cakes and before the pandemic, it was not uncommon to see long queues of customers waiting to get their hands on the tasty cakes.

Last weekend, it was estimated that about 200,000 visitors crossed the state’s two land borders — the Causeway in Johor Baru and the Second Link Crossing in Tanjung Kupang — since the reopening on April 1. 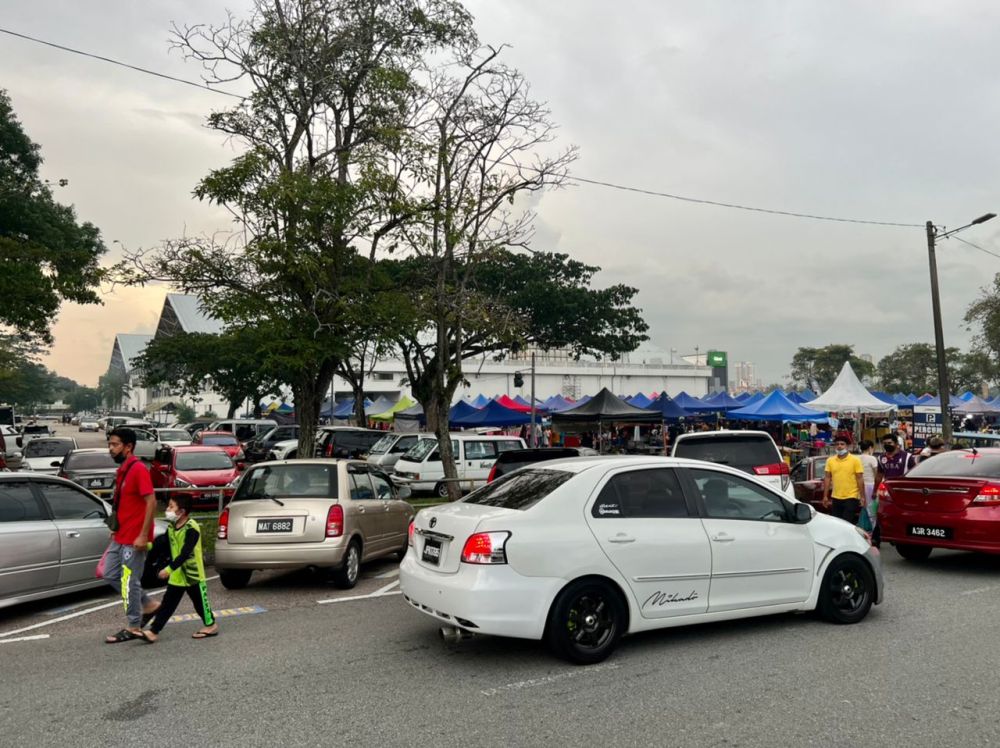 The Taman Perling Ramadan Bazaar in Peeling Mall’s parking lot used to be popular with Singaporeans. — Picture by Ben Tan

Prior to the reopening, Johor Mentri Besar Datuk Onn Hafiz Ghazi said about 400,000 Singaporeans are expected to enter the state within the first week alone.

A car wash operator along the popular “car wash street” of Jalan Datuk Abdullah Tahir said their business has picked up in the evenings since the reopening of the border.

Pusat Cuci Kereta A&E supervisor Abul Monirul said it was the first time in two years since he catered to Singaporean vehicles.

“They usually come between dinner and supper time, where the dozen or so car wash outlets along the street here will be busy,” he said.

Abul, a Bangladeshi who has been working here for the past six years, explained that Singaporeans usually send their vehicles for a wash while they go for their meals nearby.

“It is convenient for them and most eateries here have a car wash outlet that is within walking distance along this street.

On the other side of the district, towards the Second Link Crossing, another car wash operator in Taman Perling said that he catered to only a handful of Singaporean cars during the weekend.

Its supervisor M. Alam said despite the high expectations, not many Singaporeans came by.

“Last weekend we were quite busy but most of our customers were locals and regulars,” he said, pointing out that more locals came out last weekend as it was the start of Ramadan where it was also a state public holiday for some. 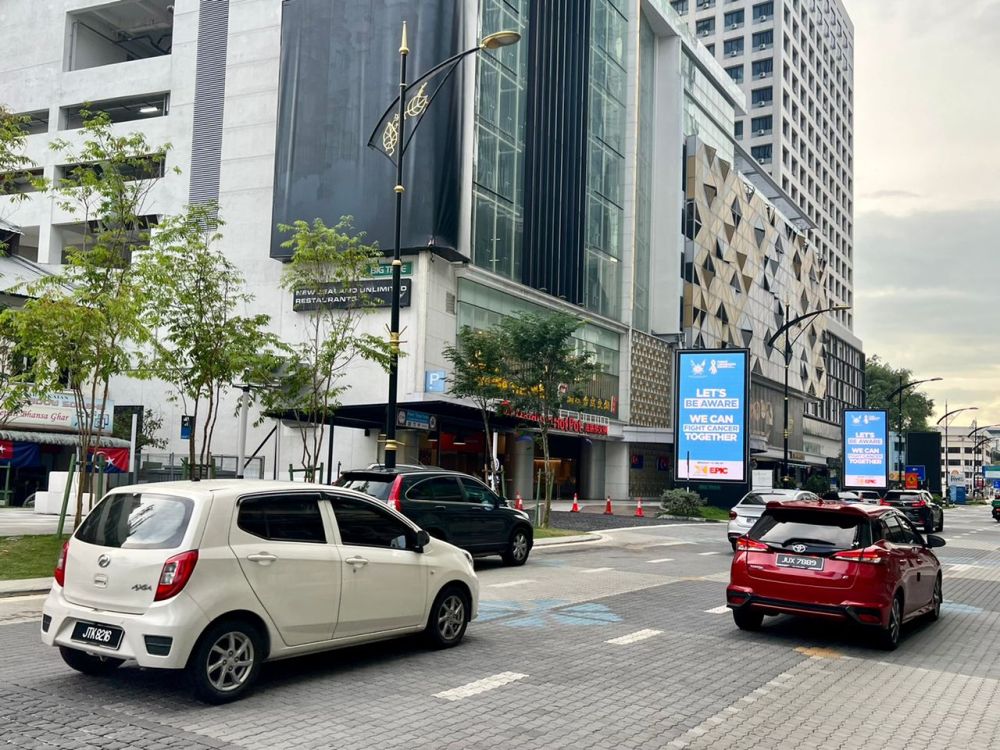 With the reopening of the border, Johor Baru city’s main route along Jalan Wong Ah Fook was busy. — Picture by Ben Tan

However, Restoran Liang Chen's manager David Chan said his restaurant had a steady stream of Singaporean customers starting from Friday night, right up to Sunday night.

“Some of them (Singaporeans) were previously our regulars whom I have not seen in two years. This is definitely a good start for businesses in south Johor,” he said.

Chan believes that over the next few weeks, more Singaporeans will enter Johor Baru for their shopping just like before the Covid-19 pandemic.

“My current problem is that the restaurant has a severe staff shortage and there is a need to extend operating hours beyond 10pm,” he said, explaining that it was a common problem for most food outlets as the country transitioned into the endemic phase.

He said with the border reopening, it makes sense to operate round-the-clock like in the past before the pandemic where a large number of Singapore customers frequented his outlet.

“As long as I don’t have any new staff, I can’t afford to operate beyond the current 18 hours.

“As it is, we are also struggling with the daily food preparation that takes up manpower and time,” said Ali.

“Overall, most traders registered higher earnings for the weekend mainly due to Singaporean shoppers at Plaza Angsana Johor Baru in Tampoi and also the Pandan Wholesale Market.

“Even some traders, who had earlier closed their business at the Pandan Wholesale Market due to the restrictions, are trying to make a comeback,” Mohammad Salezan told Malay Mail.

However, Mohammad Salezan appealed to all traders to remain ethical. He cautioned against increasing the prices of goods and also services to take advantage of the influx of Singaporeans. 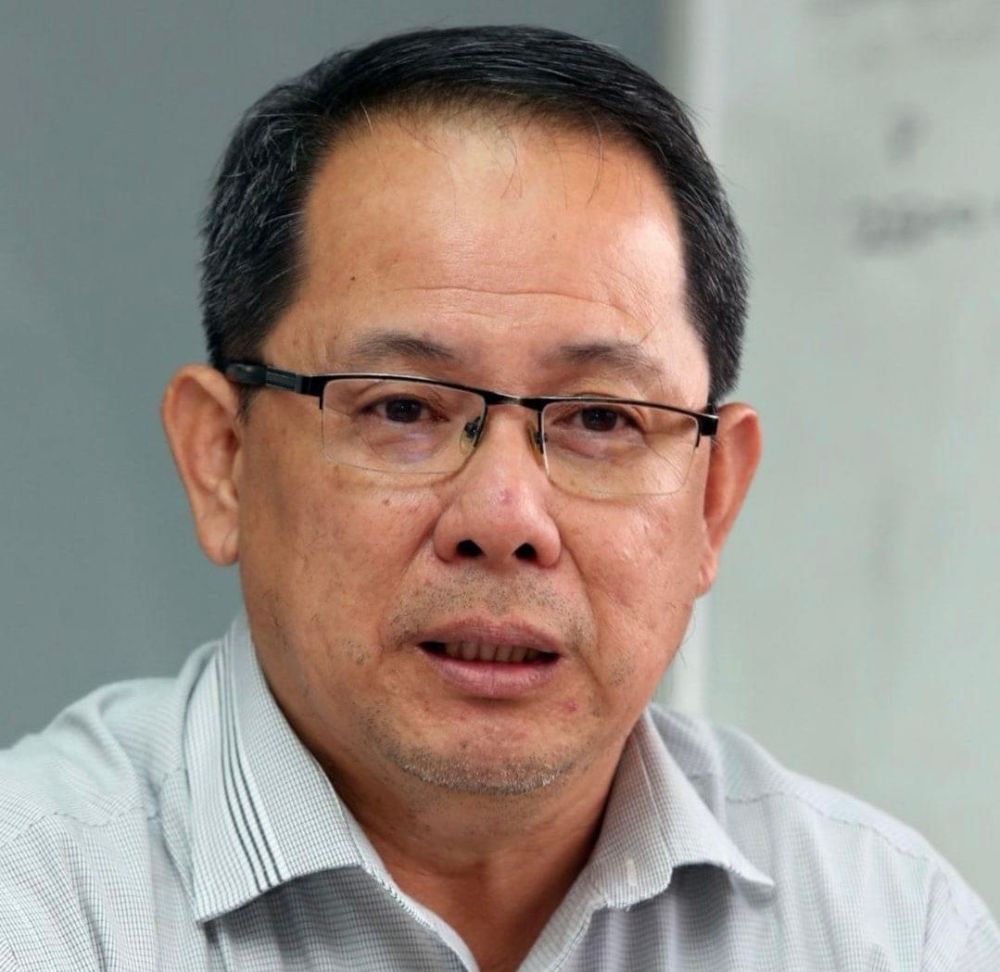 Johor South SME Association adviser Teh Kee Sin said he was confident the next one to three months will see the gradual increase of Singaporean visitors. — Picture from Facebook

He said with the reopening, Singaporeans can now enter Malaysia freely without much hassle and that will in turn bring back Johor Baru’s vibrancy as a city.

“I am confident that in the next one to three months, the entry of Singaporean visitors to Johor Baru and its surrounding districts will gradually increase,” he said.

From his observation and feedback from business owners, Teh said a majority of Singaporeans are still cautious and taking the “wait and see” approach before they commit to entering Malaysia.

He believes this was mainly to do with the SOP conditions.

Teh, who understands that Johor Baru’s small businesses and traders are mainly dependent on Singaporean customers, said the overall mood on the ground is positive.

“Even from last weekend, there are already traders in the city that have reported an increase in their daily sales despite not having the large number of Singapore visitors as earlier expected,” he said.

Some companies, restaurants and hotels in Johor were forced to close temporarily (some permanently) due to insufficient cash flow to sustain their business operations in the last two years.

In a nationwide address, he said the transition to the endemic phase was an exit strategy that would allow Malaysians to return to a near-normal life after nearly two years of battling the Covid-19 pandemic.