Is Johor a shoo-in for BN? With multiple challengers and a low voter turnout forecast, its chances are very high

Pakatan Harapan and Barisan Nasional flags line both sides of Jalan Sutera ahead of state elections, in Johor Baru February 28, 2022. — Bernama pic
Follow us on Instagram, subscribe to our Telegram channel and browser alerts for the latest news you need to know.
By BEN TAN

JOHOR BARU, March 6 — For the first time in Johor’s history, a total of 10 parties or coalitions and a host of independent candidates have thrown in their hats for the state election.

With 239 election candidates contesting for a spot in the 56-seat legislative assembly, political observers noted that the margin of victory is generally very slim.

The two main coalitions on opposing sides in this election are Barisan Nasional (BN), which was the ruling team prior to the dissolution of the state legislative assembly, and Pakatan Harapan (PH), which was the winner of the 2018 general election before its abrupt removal from power.

The other major contenders are the Perikatan Nasional (PN) coalition, which shared the ruling power with BN prior to dissolution and is now gunning for all 56 seats; and the relatively new Pejuang, a splinter of PN component Bersatu, and is contesting 42 seats in its maiden election.

However, BN is confident that it can win not just the election this coming Saturday, but sweep two-thirds of the state assembly, which would be at least 37 seats.

Johor Umno deputy chief Datuk Nur Jazlan Mohamed said that the more candidates there are in each state constituency, the bigger the advantage to BN in securing its mandate.

He explained that in each constituency, BN has its vote bank of loyalists while the Opposition vote will be divided by the new parties that have formed since Election 2018.

“So, the more parties contesting against us in a seat will be good for BN. This is especially so in the Malay majority seats where PH’s previous ‘Harapan’ sentiment has also subsided.

“The research showed that BN must on average maintain at least 38 to 40 per cent of their core voters to achieve a win in a seat.

“From the data, we are confident of achieving that figure and will hopefully translate to securing a two-thirds majority for us,” he told Malay Mail in an interview while on the campaign trail.

The research Nur Jazlan referred to was a poll by the coalition’s lynchpin Umno right after the Melaka state election in November last year. It showed the need for a new mandate and backed Umno’s desire to increase its hold on power by a wider margin after the death of Kempas assemblyman Datuk Osman Sapian last December.

Osman’s death decreased the majority of the BN-PN ruling team in the Johor state assembly to just one seat. Prior to dissolution on January 22, BN had 16 seats while PN had 12. The Opposition PH had 27.

Nur Jazlan was among those in BN who had actively pushed for a snap Johor election.

Apart from multi-cornered fights, the former Pulai MP said that voter turnout for the March 12 polling day is expected to be low.

He added that the possibility of BN’s victory this coming Saturday is very high, factoring in support from its core voters and the projected swing in voter sentiments back towards the coalition that had held power for decades before 2018.

He said the current situation is similar to the Melaka election last year, but on a larger scale as Johor has double the number of Melaka’s state seats. BN swept 21 out of 28 seats in Melaka, securing two-thirds of the assembly.

“For Johor, PH is seen to be at its weakest with several instances of unresolved issues among their component parties even before the campaigning started,” Nur Jazlan said.

The bulk of the 35 four-cornered contests are in Malay majority and some semi-urban seats. And the BN is confident it can win them.

In the previous GE14, BN lost the state after it only managed to secure 18 seats.

BN election observer Isham Jalil said that in Johor, the Malay majority and mixed ethnic demographic areas make up 42 seats and the remaining 14 are classified as non-Malay majority seats.

“The seats affected by the multi-cornered contest are about half of the total seats in Johor with between 28 and 30 seats,” said Isham who is also Selangor BN information chief and known to be the strategist for both the coalition and Umno.

He said the affected seats were those previously won by PH component parties in 2018.

“For DAP, four out of the 14 seats previously won by them are at risk due to the multi-cornered contests,” he said.

He added that the current clashes and disputes among the Opposition parties are also giving BN an edge.

On the other hand, Isham said the inclusion of several new parties like Sabah-based Parti Warisan making its first electoral foray in the peninsula, and Parti Bangsa Malaysia — which touts itself as neutral — places an additional burden on the PH coalition.

“BN does not want to solely depend on the split votes faced by PH to win. We just want to strengthen the support from our core voters for the upcoming state election,” Isham told Malay Mail when met at the BN operations centre last week. 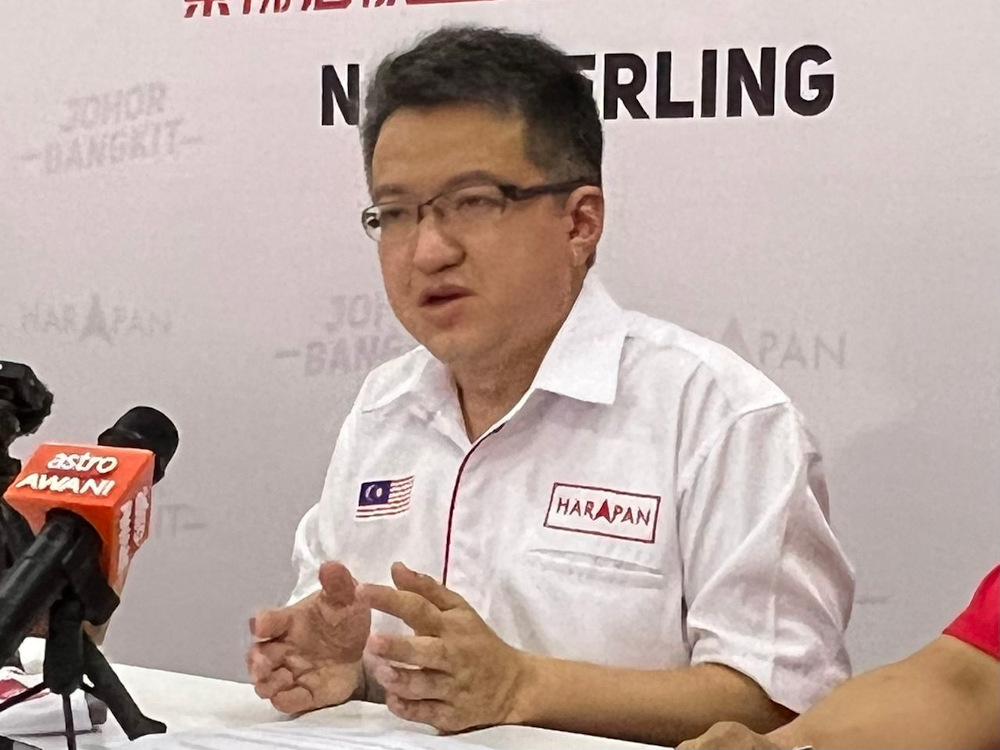 Johor DAP chief Liew Chin Tong readily admitted that the Johor election is challenging, adding that it was not only so for PH but every party out there.

“This is going to be a difficult election period for PH and for every contesting party.

“PH readily admits that this is a tough election. I think it is also similarly tough for both BN and PN,” he told Malay Mail.

What made it tough was because voters had changed, Liew said.

He explained that before the general election in 2018, fear was a factor. There were segments of Malaysians who were fearful of voting, fearful of reprisal from the BN which had been the unconquered ruling coalition for over six decades.

After the landmark 2018 election, he said voters no longer feel intimidated by politicians.

He added that there is a sizeable number of new voters, some who are very young and are now eligible to vote after the legislation and gazette of the automatic voter registration system.

“We are facing many unknowns and the Johor state election is not a straightforward affair. It will be just as difficult for PH as well as BN and PN,” said the DAP candidate for Perling.

Early voting is on Tuesday while polling day is on Saturday.

Johor has 56 state constituencies, with more than 2.59 million voters who are eligible to cast their ballots this time. The EC is targeting a 70 per cent voter turnout.