A local resident walks in a street as smoke rises near the town of Hostomel and the Antonov Airport, in northwest Kyiv on February 24, 2022. — AFP pic
Follow us on Instagram, subscribe to our Telegram channel and browser alerts for the latest news you need to know.
By KEERTAN AYAMANY AND ASHMAN ADAM

KUALA LUMPUR, Feb 26 — Russia launched a full-scale military invasion into Ukraine Thursday, after months of escalating tensions between the two nations over two contested areas in the latter’s borders, Donetsk and Luhansk.

The US, the UK and the European Union have already announced sanctions against Russia, but Malaysia, like many lesser powers, is yet to announce its stand on the issue.

Malay Mail spoke to several international relations, economic, defence and intelligence experts to find out how this war happening over 7,000km away from Kuala Lumpur, could affect Malaysians, and why we should care.

The distant conflict in Eastern Europe could lead to geopolitical threats in the South-east Asian region, analyst Shahriman Lockman from the Institute of Strategic and International Studies Malaysia, said.

“We cannot have countries claim territory on the basis of history and race, whether imagined or otherwise.

“The Russian invasion potentially creates a very dangerous precedent, including for our region. There would be no end to it. Irredentism is fatal to peace and stability,” he told Malay Mail.

Irredentism refers to a political move to capture a territory based on historical, ethnic, or national claims.

An example can be seen in the 2013 Lahad Datu standoff, when several militant groups from the southern Philippines made an armed incursion into Sabah, seeking to reclaim the north Borneo state on the historical basis that the territory was once ruled by the Sulu sultanate.

Currently, there are multiple ongoing territorial disputes in the South China Sea involving countries like China, Brunei, Malaysia, the Philippines, Taiwan and Vietnam.

Just last year, Malaysia dealt with two incidents with China involving the resource-rich sea — one in September where a Chinese ship entered Malaysia's exclusive economic zone, and another in June, where Malaysia scrambled fighter jets to intercept Chinese military aircraft that appeared off Borneo.

However, both incidents did not escalate into an armed conflict.

Shahriman said that the Russia-Ukraine conflict may leave us open to further “mischief”, as the United States and other world powers could be distracted away from the Asia Pacific region.

“There is a very delicate balance in our region that is partly sustained by the US. Some of us may not like how US naval ships regularly sail through the Malacca Strait and the South China Sea.

“But the fact of the matter is that this presence generates a semblance of stability in the Asia-Pacific.

“A practical scenario would be when we are drilling for oil in the South China Sea. What’s to stop a ship by any of the counter claimants — whether it is China, the Philippines or Vietnam — from trying to disrupt that activity?

“Yes, Malaysia can deter such misbehaviour on our own but only to a certain extent. So US presence arguably deters a spectrum of potential mischief, though China arguably also acts to balance out the US. Thus, the argument works both ways,” he said. 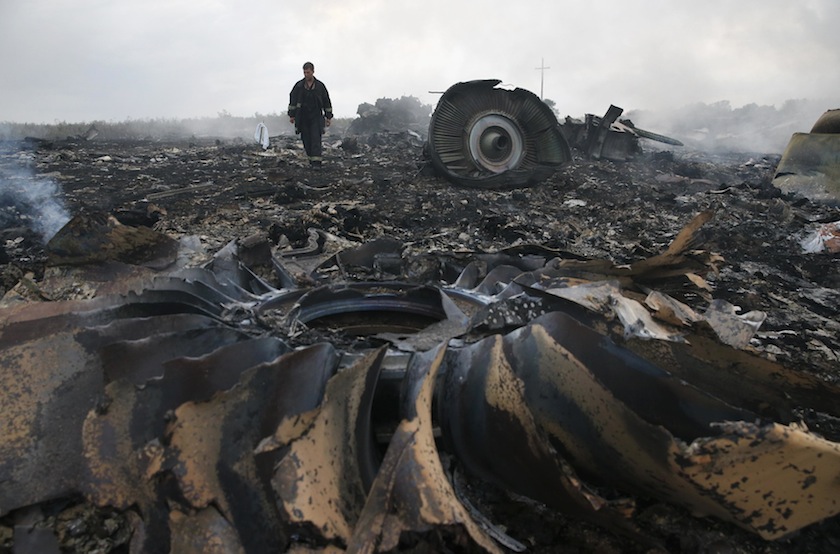 An Emergencies Ministry member walks at a site of a Malaysia Airlines Boeing 777 plane crash near the settlement of Grabovo in the Donetsk region, July 17, 2014. — Reuters pic

Munira Mustaffa, an intelligence and counterintelligence expert, brought up the matter of Malaysia Airlines MH17 which was shot down on July 17, 2014, in Donetsk — one the areas being contested in Ukraine’s war with Russia.

In 2016, a Dutch-led joint investigation team concluded that the missile which downed the plane that was en route from Amsterdam to Kuala Lumpur, was fired by pro-Russian militia in the Eastern Ukrainian area.

Munira noted that Malaysia’s reluctance to confront Russia regarding MH17 “does not make our population a less attractive target” for both foreign and domestic entities that would like to malignantly influence our population for their own benefit.

“We can anticipate an aggressive information warfare spilling out of this conflict,” said the non-resident fellow at the Newlines Institute for Strategy and Policy.

“The information, such as news or any publications, we consume, along with our reaction and response to them, will feed the policymakers,” said Munira who is also a fellow at Verve Research.

She added that this would affect policy makers' discussions in deciding international policies.

For example, she said the popular support of Malaysians who are sympathetic towards the Palestinian people in its Middle East conflict with Israel has shaped Malaysia’s foreign policies that can be seen not only in the ongoing provision of humanitarian assistance but also political and moral support.

The recent military aggression by Russia should also force Putrajaya to reconsider its use of Russian-sourced weapons and equipment for the Malaysian Armed Forces (MAF), said Nik Mohamed Rashid Nik Zurin, a former special officer to a deputy defence minister.

“Malaysia, who has espoused ad infinitum the importance of safeguarding national sovereignty and working constructively in the rules-based international order across all its national security documents, and which has suffered before the yoke of colonialism, has a moral obligation to object to Russian aggression.

“This objection should apply no less to its defence procurement and industrial decisions,” he said. 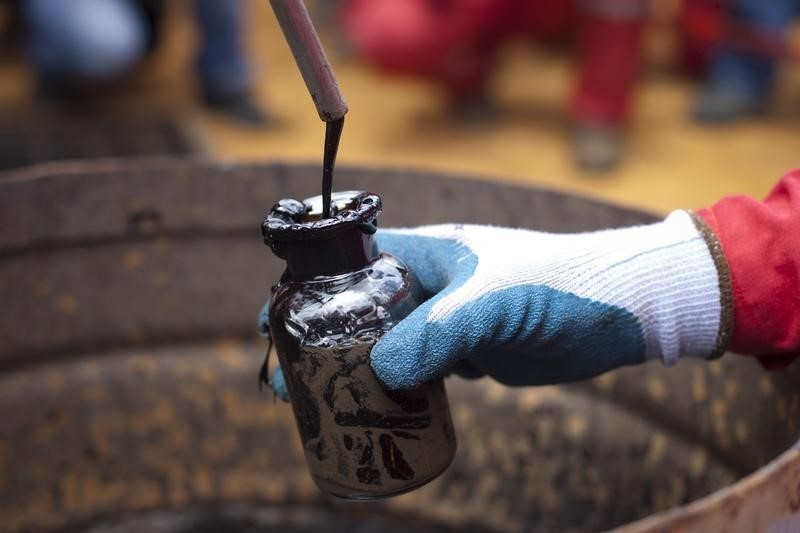 In the wake of Russia’s military operation against Ukraine, oil prices have soared past US$100 for the first time since 2014.

Yesterday, Brent crude sat at US$105.79 per barrel, though the price has since dipped to US$97.93 per barrel today.

“The uncertainties of war and the anticipated reduction in oil and gas exports to its traditional markets will invariably create a supply crunch,” said Shahrihan, explaining what made these prices go up.

“This is going to fuel inflation, which would hurt a lot of Malaysians,” he added.

Economist Jayant Menon, a visiting senior fellow with ISEAS–Yusof Ishak Institute, said that the increase in oil prices could provide a period of trade boost for Malaysia, a large exporter of oil and gas.

However, he said the upswing in the oil and gas industry would be offset by a fall in the stock market, “as an overall increase in uncertainty about the future course of the conflict would increase negative sentiment” in the market.

Bursa Malaysia fell by 0.77 per cent at the close of trading on Thursday following news of Russia’s invasion of Ukraine.

Nik Rashid also warned of the practicality of dealing with Russian defence firms when broad economic sanctions are being applied to Russia from major economies around the world, such particularly halting Russian access to the SWIFT banking protocol.

“How would Malaysian partners for Russian aerospace companies conduct transactions with their parent original equipment manufacturers?” he asked.

“And if transactions cannot be made, how would maintenance and other associated support work for current equipment continue?” 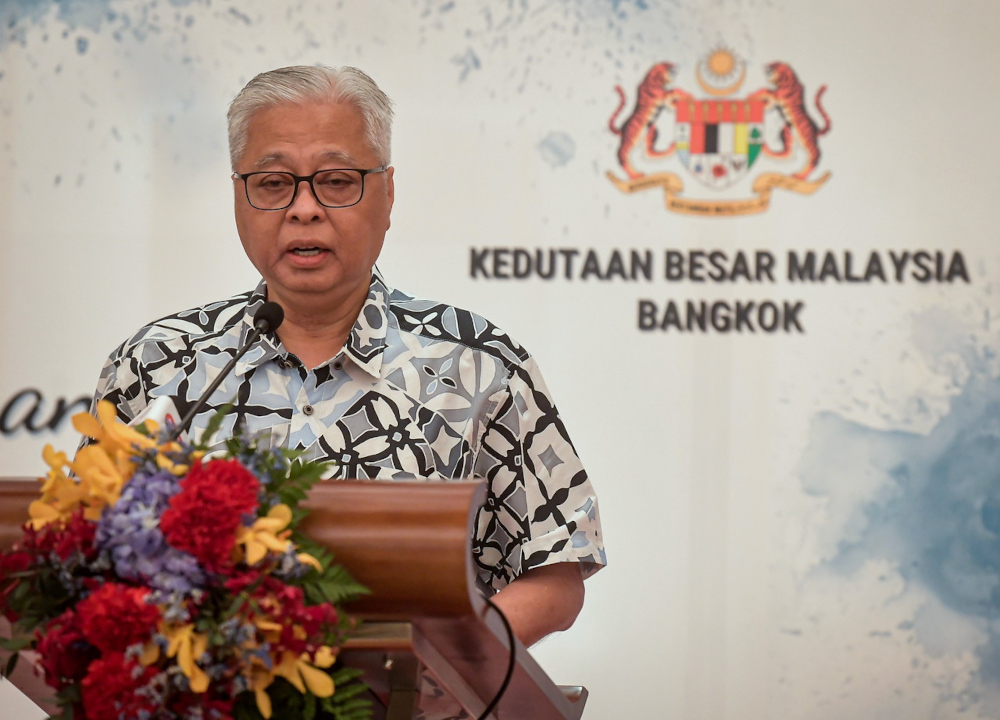 What can and should Malaysia do?

Both Shahriman and Munira believe that despite being a relatively small power, Malaysia must take a stance against Russia’s invasion of Ukraine and announce it.

“I think Malaysia cannot afford to look at this purely from a short-term, transactional perspective.

“There are principles to defend here and if we decide to simply abstain from saying anything, it would be unfortunate indeed,” said Shahriman, urging Malaysia to make a declaration similar to what neighbouring Singapore has done.

The island nation’s Foreign Affairs Ministry said through a statement on February 24, that it “strongly condemns any unprovoked invasion of a sovereign country” and that the “sovereignty, independence and territorial integrity of Ukraine must be respected”.

Apart from the ethical aspect, Shariman said that Russia would struggle to retaliate against the growing number of countries that have condemned its invasion and announced sanctions.

“Russia may be a major power in military terms, but it’s hardly a factor as a market. The Russian economy is only slightly bigger than Italy’s, which isn’t saying very much in the big scheme of things,” he pointed out.

The latest complete data from the World Bank shows that in 2020, Russia was in 11th place in terms of highest gross domestic product (GDP), at US$1.483 trillion.

Italy was eighth with US$1.888 trillion.

Munira observed that sanctions may not work to stop the war, as the effects of these sanctions may not necessarily be felt by the leaders who are pulling the strings, but instead by the “ordinary people of Russia”.

Munira said that Malaysia’s stance — as a member of the United Nations — would however, help lend legitimacy to any moves by world powers, following the possibility that Russia uses its veto power with the UN Security Council to block motions that go against its interests in Ukraine.

“Although it is expected that the Russian veto will ensure that any resolution will not pass, but any subsequent action will be seen as having the support of the wider world,” she said.

Nik Rashid suggested that an easy and immediate action the government should consider is to ban Russian firms from upcoming arms exhibition such as Defence Security Asia (DSA2022) and future Langkawi International Maritime Aerospace (LIMA) exhibitions.

“More difficult choices would be surrounding our Russian fighter jets, which represents more than half of the combat aviation capabilities in our current inventory.

“Other light equipment, such as anti-tank and anti-air missiles, would be easier to replace,” he said.

The European diplomat said his office took note of Prime Minister Datuk Seri Ismail Sabri Yaakob’s statement on the situation, adding that there is room for Malaysia to make its position clearer.

Ismail Sabri initially issued a statement on Twitter expressing his regret over the situation in Ukraine and his hope for a peaceful settlement between Ukraine and Russia, which was later deleted.

Ismail Sabri also said his government’s priority is to ensure that Malaysians in Ukraine are safe.

Wisma Putra has yet to issue any statement on the matter.

Russia’s military strikes have been condemned by many countries in the west. Several have also imposed sanctions against Russia.

Closer to home, the Singapore and Indonesia governments have issued statements condemning Russia’s invasion and demanded the one-time world superpower cease its military actions against Ukraine and take the conflict to the table instead in accordance with the United Nations Charter and international law.