M. Amry’s workshop along the once bustling Jalan Yahya Aldatar in Serene Park, Johor Baru, that has been closed since late last month. — Picture by Ben Tan
Follow us on Instagram, subscribe to our Telegram channel and browser alerts for the latest news you need to know.
By BEN TAN

JOHOR BARU, Feb 22 — About 12 years ago, M. Amry opened his motorcycle workshop close to Causeway, an ideal location to serve the tens of thousands of Malaysians commuting for work in Singapore.

When Covid-19 arrived in 2020 and forced both countries to close this vital artery, however, this lucrative source of patrons effectively dried up overnight.

Now, the 48-year-old self-taught mechanic has been forced to make the painful decision to permanently close his business and sell off the equipment.

“I decided to call it quits at the end of last month after running my workshop with almost no customers for almost two years.

“Basically, I was running my business at a loss as the minimal profits could not cover my basic overheads such as rental and also utilities.

“I was also told to vacate the premise by the shop owners by the end of last month,” Amry told Malay Mail when met outside his workshop along Jalan Yahya Aldatar in Serene Park here after he was clearing out his personal belongings.

Located strategically near the Customs, Immigration and Quarantine (CIQ) checkpoint in the Johor Baru city centre, Amry said his workshop had once been booming.

“Business was good, and like most Johor Baru city workshops, my workshop operated till late at night due to Malaysian workers riding back from Singapore.

“Besides Malaysians working in Singapore, Singaporean motorcyclists also were a bulk of my customer base due to the preferential exchange rate for them.

“Never did any of us imagine that the border closure will have such a harsh impact on most of Johor Baru’s businesses,” said Amry. 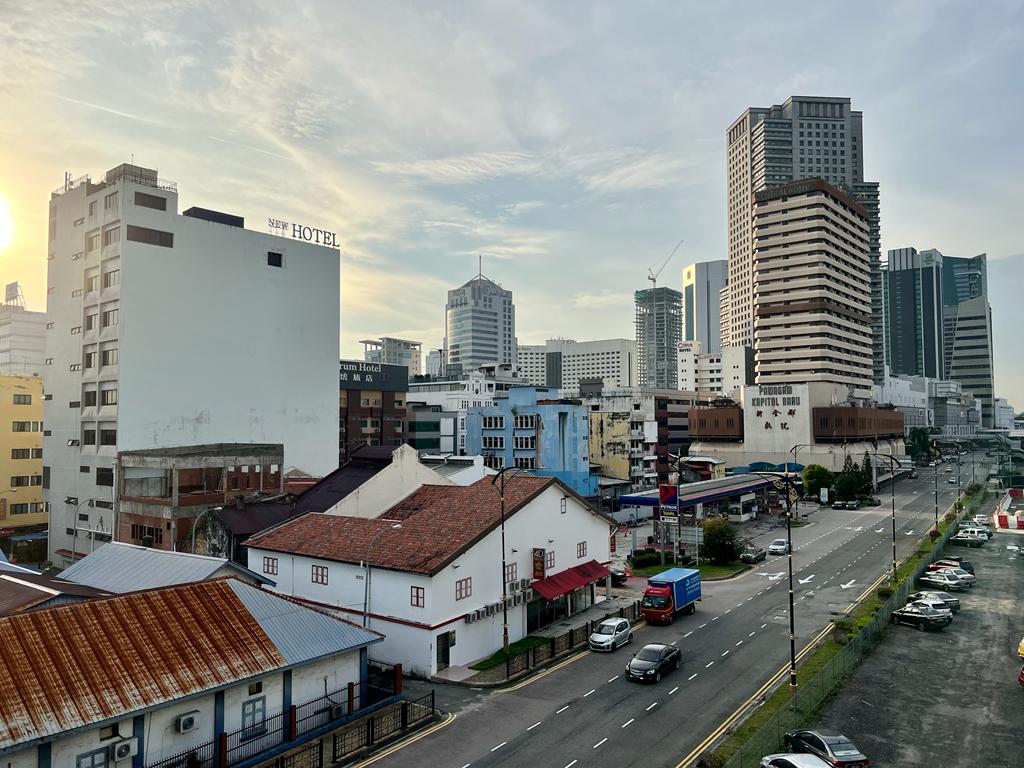 Part of the Johor Baru city that once was a high volume area with Malaysians returning from Singapore on a daily basis. — Picture by Ben Tan

After the Covid-19 pandemic was declared in early 2020, Malaysia closed its borders in March of that year as part of the nationwide movement control order (MCO).

Prior to that, over 250,000 Malaysians reportedly commuted to work in Singapore from Johor Baru, most of whom used motorcycles and public transport.

The pandemic had caused most Malaysians working in Singapore to stay in the island republic provided they had employment and accommodation. Those that could not find accommodation opted instead to return to Malaysia to look for suitable work.

Like Amry’s workshop, most other service-oriented businesses in the city centre were hit by dwindling sales following the lockdown and border closure.

Many food businesses, hotels, workshops, pubs, massage centres, money changers and car wash outlets were reliant on both the Malaysians commuters as well as Singaporean visitors as customers. Many have since closed due to plummeting sales.

“Without them, any business in Johor Baru city will find it difficult to make a decent profit.

“I should know as most of my customers are Malaysians working in Singapore or Singaporeans,” pointed out Amry. 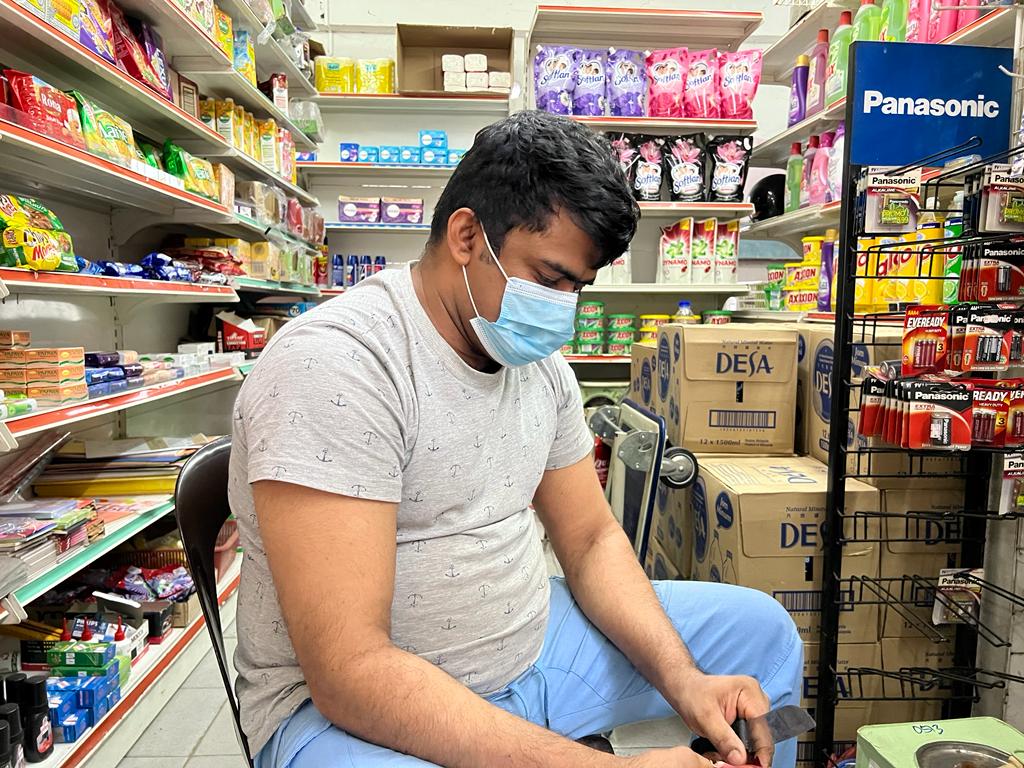 Beside his now-closed workshop, a sundry store called Kedai Runcit Nashi clung on even though the stretch was now a shadow of its pre-pandemic self.

Shop assistant V. Ibrahim said the border closure has wiped out almost 80 per cent of the store’s trade.

“I have worked here for more than three years and I have seen the shop’s business before the border closure until today.

“Basically, business for the entire stretch of shophouses here has been bad since the past two years.

“As long as the borders are not fully open, we fear that the remaining businesses along the entire stretch will just close shop in time to come,” said the 39-year-old.

For many JB businesses, the lockdown and consecutive MCO restrictions were unprecedented and caught them by surprise.

Ibrahim said businesses did not know what to expect and initially thought the border closure would only be temporary.

“At first they said that the border closure will only be for two weeks. Later it became several months and even a year.

“It was tough in the first year, but we still managed with hopes that the nearby checkpoint will open soon,” he said, adding that the first year saw the sundry shop’s business affected and it was worse in the second year.

LY Yeo, who operates a dessert outlet in nearby Taman Pelangi, agreed that many business owners in the city never expected the border with Singapore to remain effectively closed for so long.

Initially, she said many business owners had hoped that the borders would reopen by early 2021, then it was extended to October and later December.

“It is now February 2022 and there is still no indicator that the borders will open freely to travellers.

“With the current daily Covid-19 cases reported to be above 20,000, I think that a full border opening would be impossible for the time being,” she said.

A. Seah, who deals in supplying automotive lubricants to workshops in the city, said 2021 was the worst in his five years with the industry.

“Many of my orders were stopped or cut to a minimum as most of my customers’ workshops in the city had closed or were doing badly.

“If last year was bad, I believe that this year would be the same as long as there is no solution to the rising Covid-19 figures,” he said. 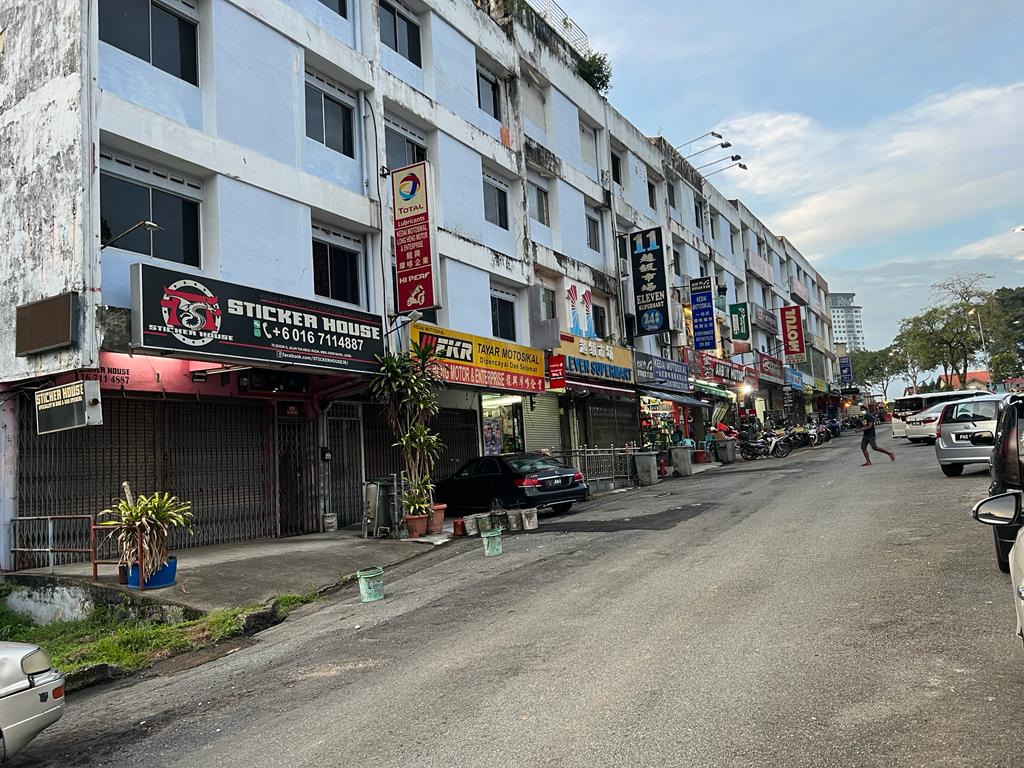 By 4pm, most of the shops along the Susur area of Jalan Tun Abdul Razak have closed due to a lack of customers. — Picture by Ben Tan

Seah said business owners in JB have had to try and move away from the city centre to concentrate on a more local customer base in the outskirts instead.

He added that the pandemic and border closure were a bitter lesson for many businesses in the city.

“After about two years, I believe many business owners here have realised that their focus was being too dependent on those who earn in Singapore and also Singapore customers,” he said.

Amry agreed and but said it would be too difficult for him to open another workshop in residential areas as there were already many established workshops in such locations.

Instead, he said he was planning to pivot into a different but related line of work.

“Actually, I have a plan to go into sandblasting engineering for people who do automotive restorations.

“I need to branch out into other related services in order to survive. But that will take some time as I have to find funds to look for a suitable location first,” he said. 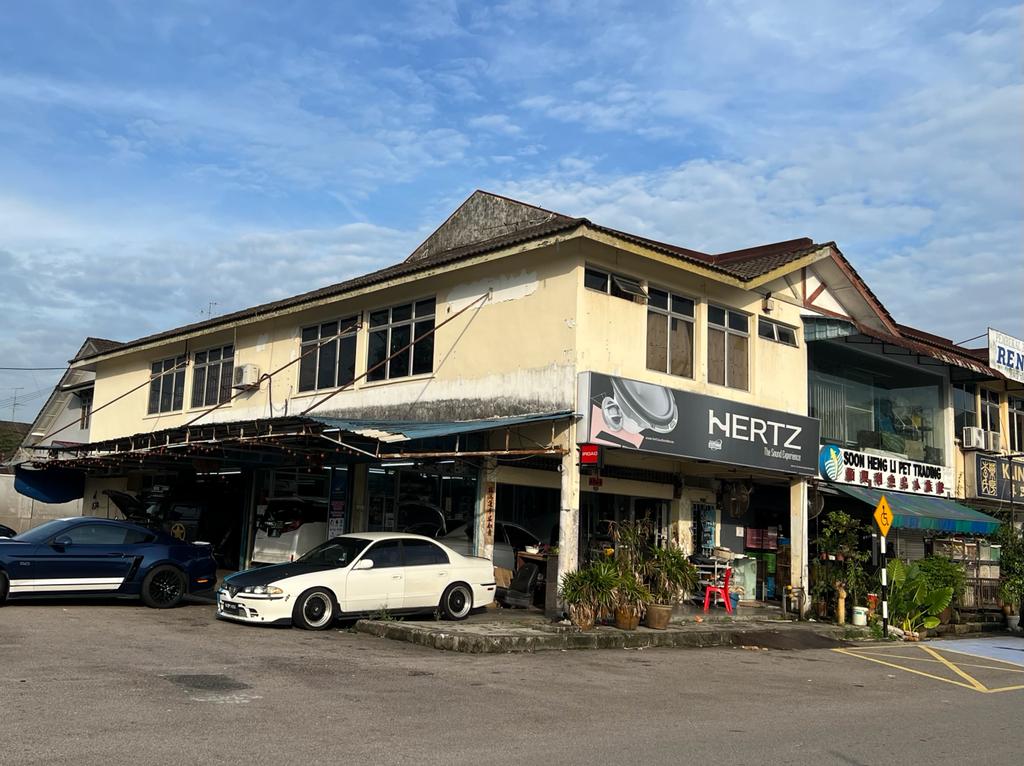 A car accessory shop in Taman Perling near the Second Link crossing is not that affected by the border closure as it has a strong local customer base. — Picture by Ben Tan

At the other side of the city, however, a car accessory shop near the Second Link Crossing in Taman Perling has been able to weather the pandemic despite losing its many Singapore customers.

The proprietor, who wanted to only be known only as Ah Yang, said that while business was slower without the Singaporean customers, it has continued thanks to the local patrons they cultivated over the years.

“This is mainly due to our location away from town and in a residential area,” he explained.

Ah Yang said with the pandemic easing and businesses gradually making a full comeback, it was important to focus their businesses on the locals as they are the ones that will support such businesses.

He said the ones with the purchasing power now were no longer Singaporeans but the locals.

“For me, I have been fair to all my customers since day one, and I am grateful to have a lot of repeat customers that still support my business,” he said, adding that if the borders are fully open, it will be a bonus for Johor Baru’s businesses.

South Johor SME Association adviser Teh Kee Sin acknowledged the impact that the two years had on the city’s businesses.

“It was bad, we had three main MCOs and the worst was the third one lasting over 40 days that saw many businesses being permanently shut.

“However, I feel that many businesses need to go the last stretch and apply for loans or grants offered by the government to businesses affected by the MCO,” he said. 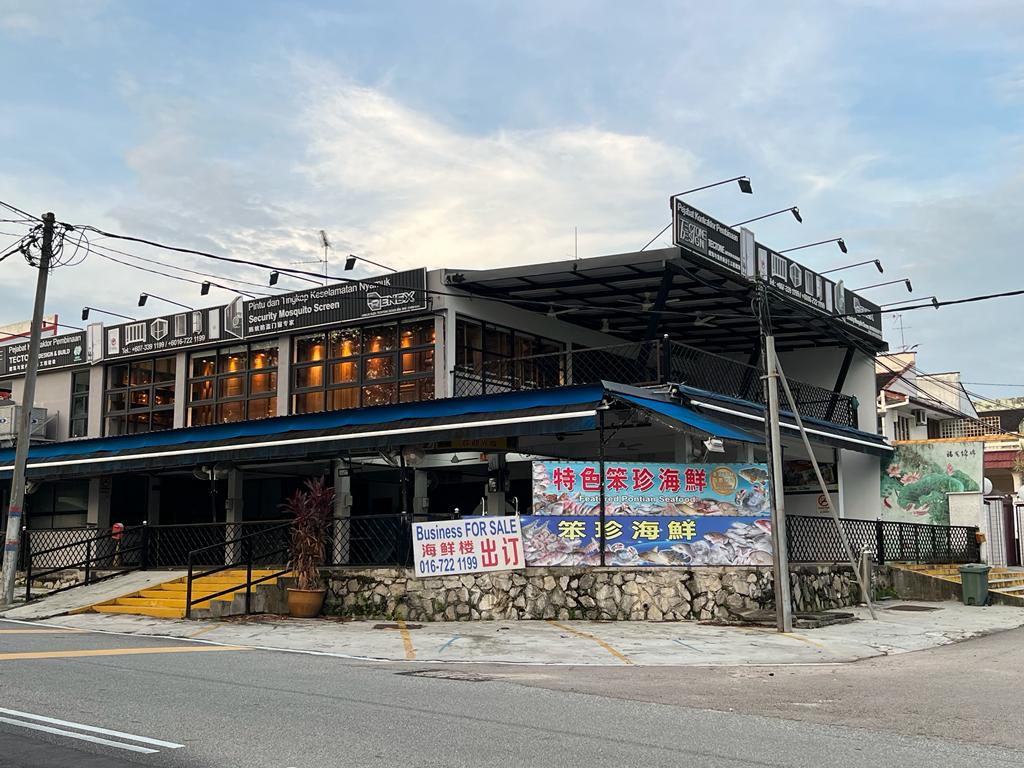 A Taman Pelangi seafood restaurant, once popular with Singaporeans due to its distance to the CIQ checkpoint, has been closed and put up for sale due to the border closure. — Picture by Ben Tan

Teh explained that banks could still offer businesses some relief money to keep themselves afloat in such times.

He said such measures were better than closing one’s business, especially those that have been around for more than 10 years.

“There is no harm and my advice is to try to apply for the loans as a last effort before making the decision to close the shop.

Teh also believes that reskilling or changing one’s business focus is needed in such times.

“The food and beverage industry was among the fastest to adapt by offering take away and delivery of their food.

“The MCO has managed to change the way we run our business. As business owners there is a need to adapt and at the same time change our focus as the borders are not going to open overnight,” he said.