It was learnt that the predatory arthropods were seized after the arrest of an Indonesian man at the ferry terminal at 1pm.

According to Johor Maqis, they detected the smuggling attempt following a routine inspection by the department’s enforcement officers.

“The live centipedes are estimated to be worth RM1,750.00 and were attempted to be brought in without an import permit by a ferry passenger from Batam in Indonesia,” said the statement by Johor Maqis that was issued here today.

Initial investigations revealed that the centipedes were brought in to be used as food for fish.

“The centipedes have been seized for further action.

“The case will be investigated under Section 11 (1) of the Malaysian Quarantine and Inspection Services Act 2011 (Act 728). The suspect was released after his statement was taken,” said the statement. 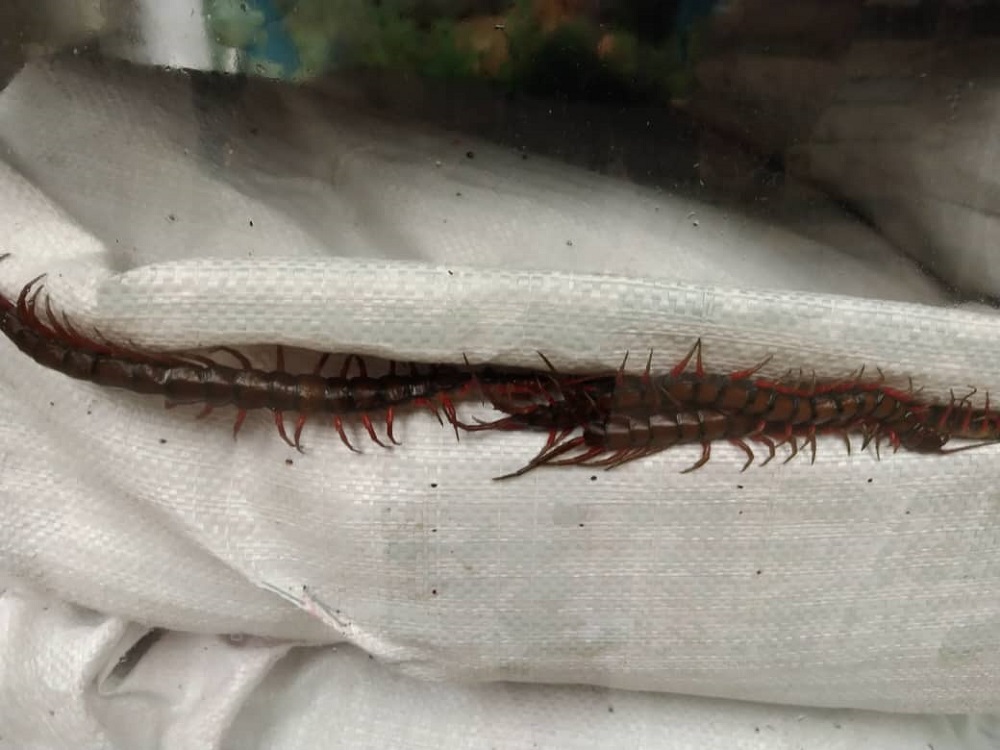 The Johor Maqis said the centipedes have been seized for further action. — Picture courtesy of Johor Malaysian Quarantine and Inspection Services Department

The department advised all importers and exporters to always follow regulations set by the government to ensure the control of animal, fish and plant diseases and food safety in Malaysia is maintained.

In Malaysia, the popular Arowana and other aquarium fish are known to eat centipedes and are regularly fed the insect.